Daniel Humm’s Eleven Madison Park was taken over earlier this afternoon for American Craft Council 2016 Rare Craft Fellowship Awards hosted by The Balvenie. The fourth annual iteration of awards, which seek to find the rarest and most dedicated craftsman in the country, were helmed this year by none other than chef turned author and television producer Anthony Bourdain, who serves as the face of the The Balvenie. Mr. Bourdain has never lent his name to another brand, but is, in fact, such a fan of the Scottish single malt whisky that he decided to make an exception to his no-branding rule.

Chef Humm’s delectable three-courses were paired with rare renditions of the whisky, topping out at the 25-year-old single barrel alongside a miniature chocolate cake with caramel ice cream. The fare was followed by the presentation of five new contenders for the 2016 Rare Craft Fellowship Awards. Ultimately, MIT professor Erik Demaine, who hales from Nova Scotia and attended college at the age of 12, and his father Martin, took home the award for their origami sculptures made using computer algorithms. “I’ll just pack this in my suitcase,” Mr. Demaine joked of the heavy award, which resembled the lid of a whisky cask.

“It was a tough, tough, tough choice, but have you seen the winners work?” Mr. Bourdain said of Mr. Demaine following the presentation. “It’s like, who asked for this? Who knew that you would ever wake up in the morning and say, ‘I really need some origami,’ but then you look at that and wonder, ‘How do I see more?’ It’s just incredibly beautiful.” Following the luncheon, Mr. Bourdain was set to depart for Italy to film the next installment of his hit CNN series, Parts Unknown. “We’re doing a show in Rome,” he said. “Actually we’re going counter intuitive. The last time I shot in Rome, we challenged ourselves to do a food show in the most colorful city in the world entirely in black and white.”

This time around, the trip will throw away the conventional Italian culture we all know and love, and take a look at the country’s darker past. “This time we’re going to completely ignore ancient Rome in favor of fascist and brutalist architecture – Mussolini era, which I think is a timely decision,” Mr. Bourdain added, alluding to the impending presidential election. “I’ve been reading a lot of Mussolini lately.” Why? “Well, you know, it seems appropriate. Have you been watching the news lately?” 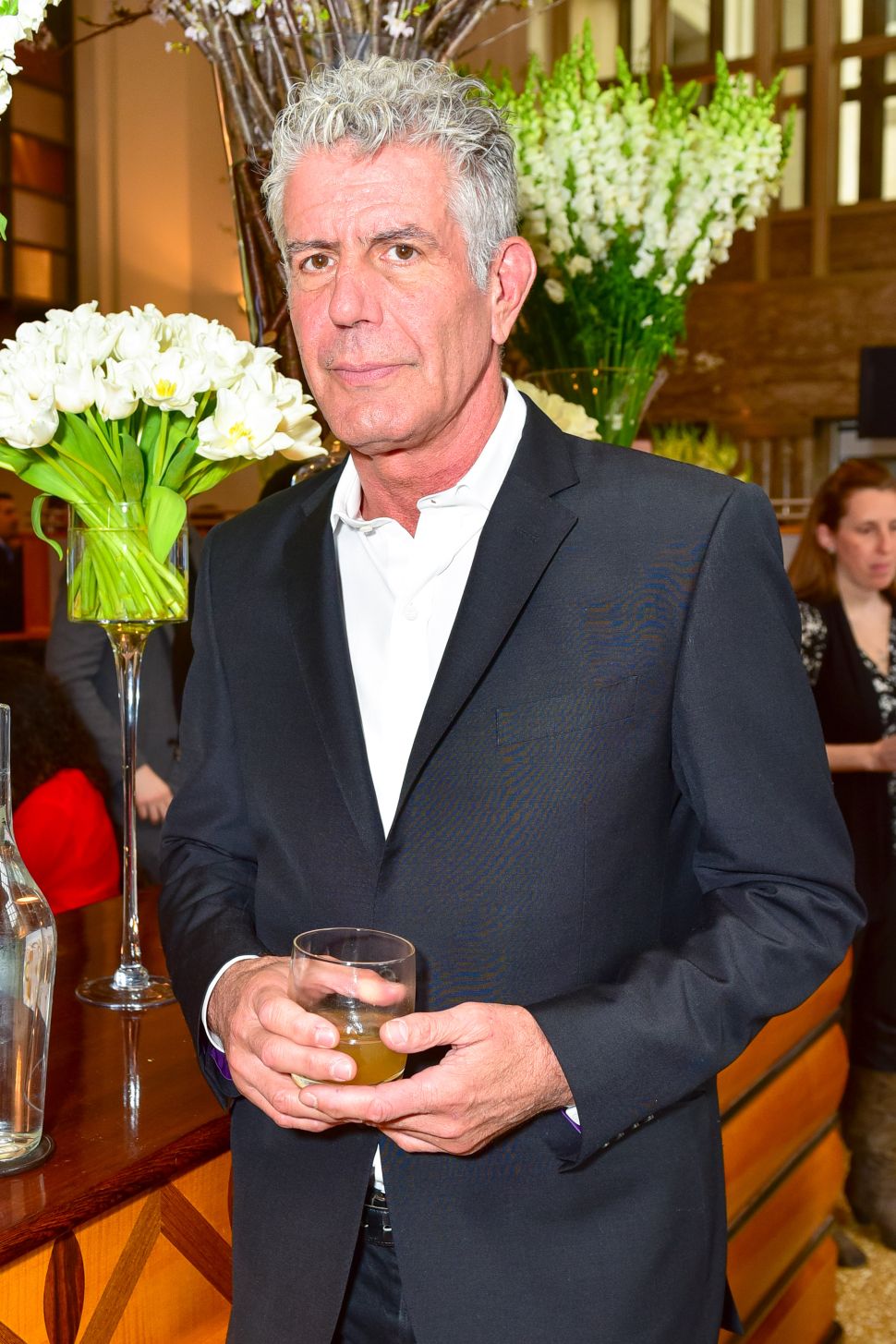