House Speaker Paul Ryan (R-WI) has spent a lot of time denying any interest in the presidency.

Last week, when his office put out a 43-second video, the Drudge Report tweeted an all-caps siren reading “Paul Ryan launches first campaign ad?” Despite the video so resembling a campaign ad that even NPR’s Steve Inskeep joked this morning that he got choked up by the swelling music, Mr. Ryan’s people have aggressively swatted down speculation that the Congressman and unsuccessful 2012 vice presidential candidate was indeed waiting in the wings to be drafted should a consensus not be reached on any of the candidates who have been working to earn the votes of Republican primary voters over the last year.

Mr. Ryan’s press secretary AshLee Strong tweeted back at Drudge simply “no” while his communications director Mike Ricci wrote “Nope, but thanks for the clicks!” Mr. Ryan himself has sought to float above the grubby business of presidential primary politics, telling those speculating that he was fanning the flames of a “Draft Ryan” movement to “knock it off,” even as serious observers of the political scene wonder about his actions. Those wondering include today’s New York Times, which suggests that by, for example, recently meeting with Prime Minister Benjamin Netanyahu in Israel, Mr. Ryan is “waging a parallel campaign.”

It appears that Mr. Ryan’s denials and those of his staff aren’t quite as absolute as they’d like voters to believe.

The Observer can now report that Todd Ricketts, the co-owner of the Chicago Cubs who is also the son of the founder of Ameritrade, is arranging a meeting of some of the GOP’s top financial bundlers, to be attended by Mr. Ryan. The meeting is to take place next week at the Mandarin Hotel and will be comprised of a discussion with “twenty or so” Republican donors, including Mr. Ricketts and several people he has raised money with before, such as Randy Kendrick, the wife of Arizona Diamondbacks owner Ken Kendrick.

The Ricketts Family and Ms. Kendrick have collaborated on political efforts already this campaign. He is the CEO of the Ending Spending Super PAC, which she has supported. She donated and raised money for the Our Principles super PAC, which was founded by Mr. Ricketts’ mother, Marlene Ricketts, who seeded the organization with $3 million. Our Principles was formed earlier this year as an eleventh hour effort to stop Donald Trump from winning the Republican nomination.

The planned meeting came to the attention of the Observer via one top Republican donor who was approached and described himself to the Observer as “disgusted that he [Ryan] is saying one thing publicly but secretly trying to garner support with all of these NeverTrump people talking about all their strategies to subvert the people who are voting for Trump and Cruz.” He declined to join the group and either did not know or would not reveal others who would be joining the secret meeting at the Mandarin.

Mr. Ryan now finds himself in the precarious position of the “late stage undeclared candidate.” The Speaker has high-profile party figures such as Utah Senator Orrin Hatch talking about drafting him to unite the party if no candidate emerges victorious via the traditional way – as in, you know, winning the most votes. On the other hand, the Republican base is in near revolt over the way their ballots are being ignored. The idea that someone who has not endured these endless debates or made the case directly to the people swooping in at the last moment after being anointed by 20 rich guys in a fancy Columbus Circle hotel is unlikely to play well among a Republican base that even the New York Times sees as “in conflict with democracy.”

Mr. Ricketts could not be reached for comment. Lorraine Swiatly, the assistant to Tom Ricketts, who is Todd Ricketts’ brother and co-owner of the Cubs, confirmed to the Observer that Todd Ricketts will be in Manhattan next week but was unsure whether Tom or Todd could take a reporter’s calls, being that the Cubs — who look freaking unstoppable six games into a much-anticipated season — play their home opener tonight. Should Mr. Ricketts choose to respond, this story will be updated. Emails to representatives for Mr. Ryan have not been returned at press time. 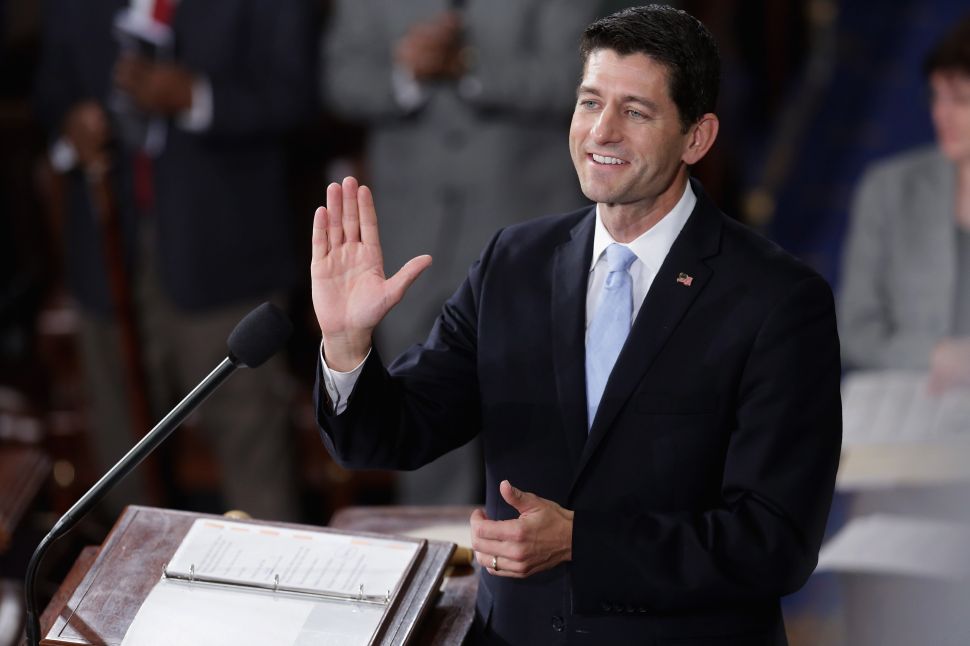