When Mary Janik and her son Jack, a high school senior diagnosed with Attention-Deficit Hyperactivity Disorder (ADHD), anxiety and depression, searched for a college to attend this fall, the pair had similar concerns. “I was primarily concerned about how [schools] can help Jack, and what he needs to handle on his own,” said Ms. Janik, who lives in Carol Stream, Ill., a suburb of Chicago. Her son worried whether prospective colleges would provide trained counselors he could turn to should a problem arise with classes or teachers. “What I’m mostly looking for,” Jack said, “is intermediary help.”

He is not alone.

According to the Centers for Disease Control and Prevention, approximately 11 percent of children between 4 and 17 years of age have been diagnosed with ADHD as of 2011, an increase of about 42 percent from 2003. This makes ADHD, which impedes the ability to plan, organize, prioritize and execute and can cause hyperactivity, the most commonly identified mental disorder in the United States. Many colleges and universities recognize the trend line and have created programs to ensure students with learning disabilities not only survive but also thrive.

“It’s really a growing population within our student community,” noted Barbara Bookman, director, program relations and professional development at the City University of New York (CUNY), which offers disabled students free career training, such as resume preparation and interviewing techniques. With a student body of approximately 400,000, Ms. Bookman said that her department, the Office of Student Services, currently has about 9,000 students on record with disabilities. “In the past, ‘disability’ usually meant a physical condition of some sort,” she explained. “But now most of the disabilities that we see are learning-based.”

The University of Connecticut has established Beyond Access, a program that matches students  with a trained strategy instructor, who designs academic goals with participants. Students can meet with their advisers for between one and three hours per week for $1800 and $3000 per semester. “Our Beyond Access team is made up of professional staff members who supervise the program and graduate students,” said Lorri Comeau, a disabilities specialist at the University of Connecticut. The team’s graduate students “are all working toward their master’s and/or doctoral degrees and have had experience working with students with disabilities either in a classroom or one-on-one setting.”

Ms. Comeau, also the co-author of The Essential Six-A Parent’s Guide: How to Pave the Road to Self-Advocacy for College Students With Learning Differences, pointed out that students with ADD/ADHD often battle stigmatization. “They’ve been called procrastinators or lazy. That can really affect their self-esteem. People need to understand that this is not a personality issue. Learning disabilities are scientifically proven issues with the brain.”

Hofstra University established the Program for Academic Learning Skills, or PALS, a comprehensive program that gives students a learning specialist for the duration of their collegiate careers for a one-time fee of $12,500.

“These programs do work,” said Julie Yindra, director of student access services at Hofstra. “For the last several years we’ve found that freshman-to-sophomore retention is high for students in the programs. Eighty-five to 90 percent of the students that are in good standing at end of their freshman year return for their sophomore year. And, the graduation rate of students registered with our office is commensurate with the rate of the entire student body.”

For students to quality for special services, most colleges require documentation supplied by a qualifying professional, such as a doctor or psychologist. The most commonly accepted form of documentation is an Individualized Education Program, a written statement of the educational program designed to meet a child’s specific needs.

Some universities oblige students to also complete tests before being accepted into their programs or submit a recent neuro-psych assessment detailing the disability and the means to accommodate it.

“A letter just isn’t enough,” Ms. Yindra said. “We want to know more about how they process information, things like, Do they have poor comprehension skills or low memory retention?”

Administrators responsible for students with disabilities must weigh how much to involve parents in their adult child’s educational decisions. Some students benefit from continual monitoring, while others yearn for independence. Ms. Comeau of UConn insists that often many parents seen as hovering are acting purely out of necessity to secure the appropriate help that their child needs. “In the K-12 system these parents have had to take on the responsibility of advocacy out of necessity. Then, for whatever reason, those advocacy skills haven’t been transferred to the student, and it can be a difficult transition to make, especially since the child is expected to do it immediately when they get to college. So, we usually start off with a lot of meetings with parents about what they should be involved with and what they should let their son or daughter handle on their own.”

Students over 18 typically must sign a release, allowing their parents access to the school and the right to act on their behalf. If students don’t sign this—and many resist this step to prevent their parents involvment—then the burden of filling out forms or making followup phone calls or submitting paperworks falls on the student.

A hands-off approach is easier said than done, said Keri Marroquin of Los Angeles, Calif., whose daughter, Kaitlyn Giddens, was diagnosed with ADHD and a visual impairment similar to dyslexia at age 6. “I worry about her being on her own because when you have disability and you start sliding down a slope, it’s even harder to pull yourself up,” Ms. Marroquin said. “I’ve usually been there to see that and react. We’ve talked a lot about her being able to recognize when this is happening and take the right actions to get things back on course.”

Ms. Giddens is aware of the forthcoming challenges at school: “I’ve had lots of support from my family to help me stay on track. Now that I’ll be away from them it will all be up to me, and that’s a little scary. But, I know that there are resources available and I’ll definitely use those as needed to stay focused.”

Jack Janik allowed that he was apprehensive about making his final choice of a college, but he ultimately opted for Bradley University in Peoria, Ill., where he will pursue a music and entertainment industry major. “It was a tough decision, but I’m really happy that I took the time to learn what each school had to offer. I feel like I’ve made an informed decision based on my needs, and now I’m really looking forward to starting college.”

His mother expects to experience a lesson of her own in the coming months. “I’ll make sure that he’s set up with someone he can check in with on a regular basis, as well as people he can talk to if he needs help,” Ms. Janik said. “I’ll stay connected with him, but I will not be contacting any of his teachers. He’ll be responsible for handling that.” 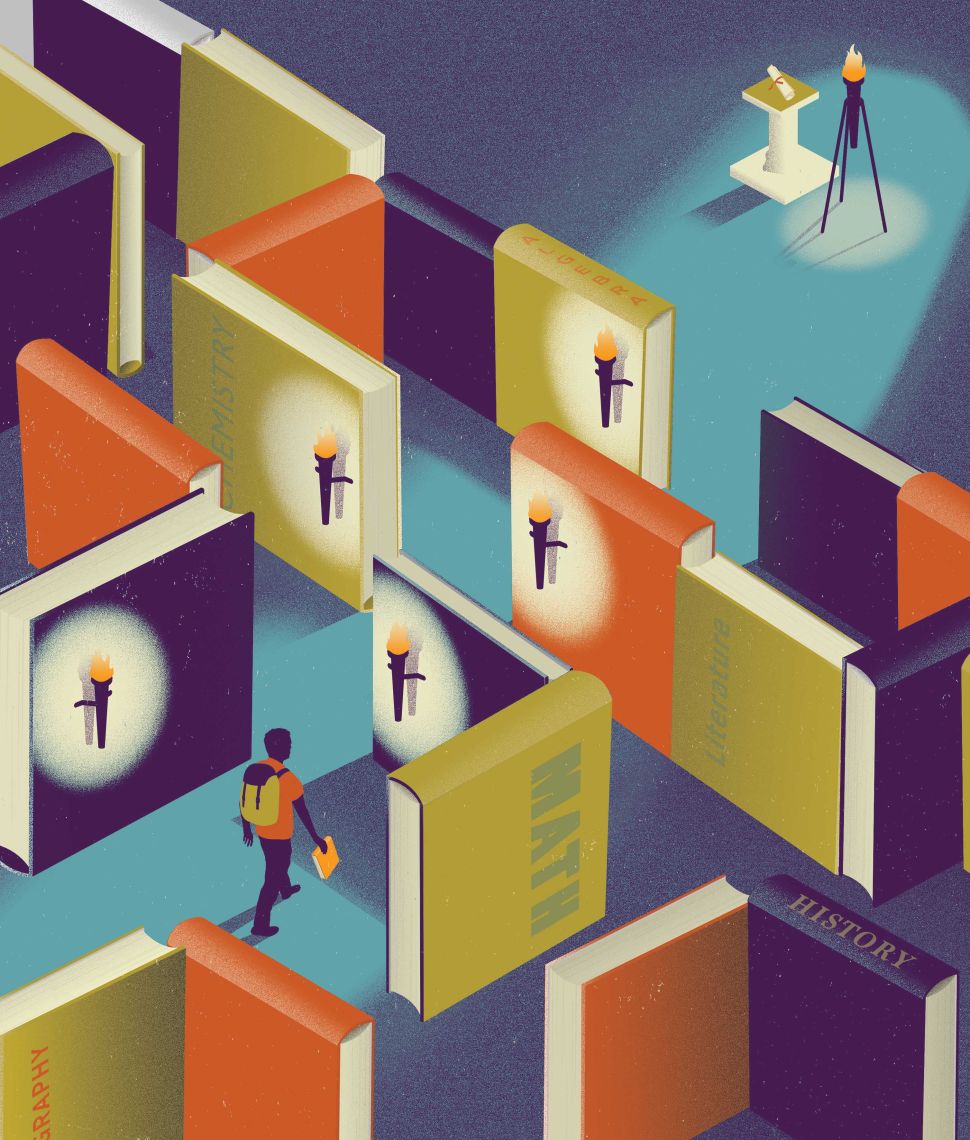