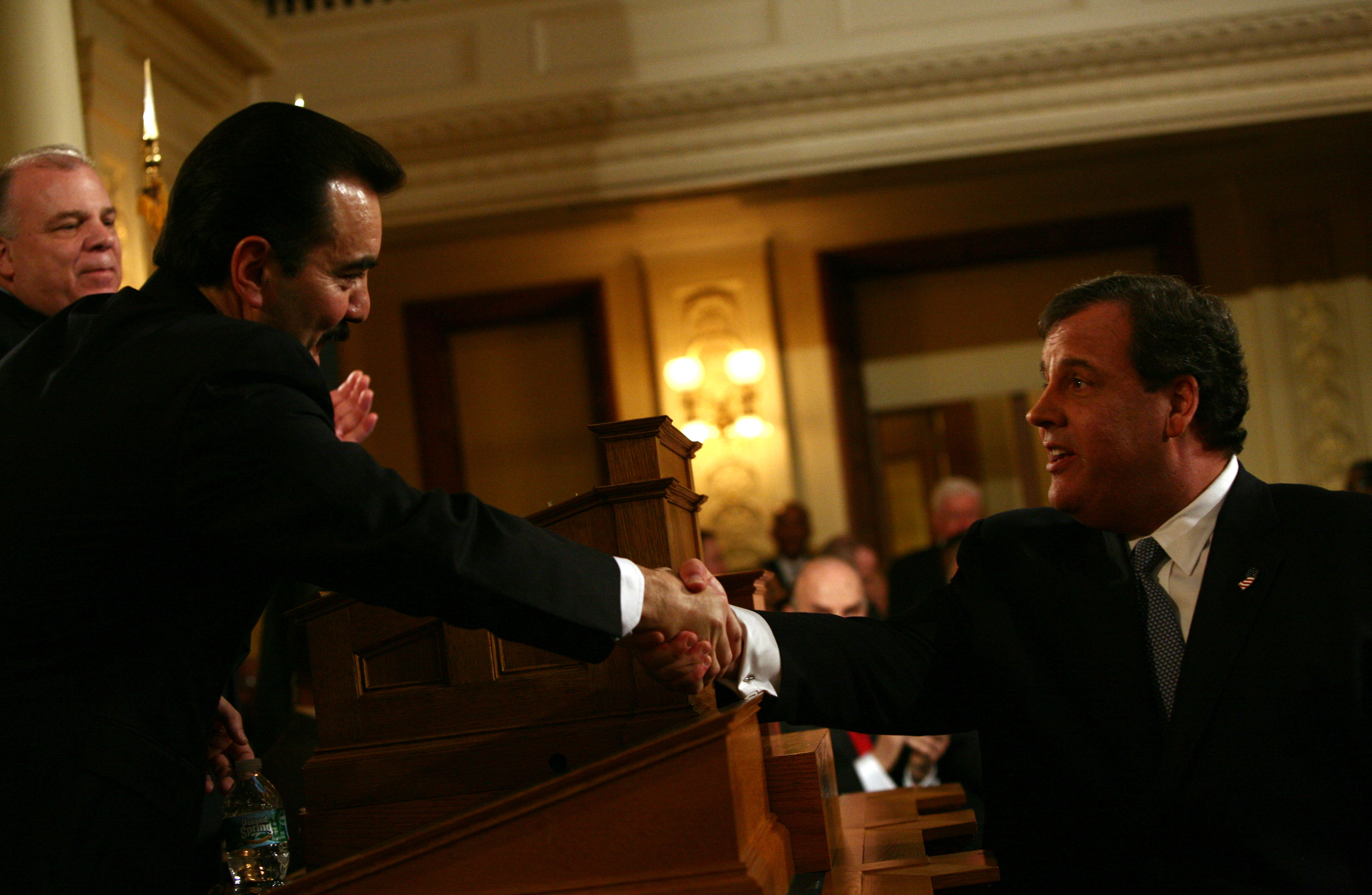 Atlantic City has been dominating headlines across New Jersey this week as various groups and legislators have started to pick sides in the ongoing battle between Governor Chris Christie and Assembly Speaker Vincent Prieto.

Christie and Senate President Steve Sweeney are working together to secure a state takeover of the city before it runs out of money on Friday. They say a takeover is the best way to help the struggling municipality. Prieto, on the other hand, claims that collective bargaining measures must be secured before he will post a takeover bill because it currently provides Christie with too much power. Because of Prieto’s opposition, the takeover bill has stalled in the Assembly. It has already passed in the Senate.

The divide in Atlantic City has pitted two powerful labor groups against one another.

The building trades unions sit in Christie and Sweeney’s corner and are urging Prieto to post the bill now. Building trades groups are fundamentally considered private sector labor and their desire to keep Atlantic City functioning stems partly from the desire to keep the option of Northern New Jersey casinos on the table, something that Christie said he will shelve if the AC takeover falls through. Additionally, Sweeney is an ironworker by trade and has deep labor connections to building trades, something that helps to bolster support for his side from those unions. On Monday, The New Jersey Building and Construction Trades leader Bill Mullen called on Prieto to post the bill this week.

In Prieto’s corner sits the AFL-CIO (American Federation of Labor-Congress of Industrial Organizations). The group, which actually includes building trades as part of it’s membership, is a broad coalition of unions that also includes teachers, police officers, communication workers and others. Because of those public sector ties, the group is focused on securing collective bargaining in Atlantic City for the groups like teachers and police officers who will be impacted by the proposed takeover.

On Wednesday, the group issued a letter signed by President Charles Wowkanech and Secretary-Treasurer Laurel Brennan to the New Jersey General Assembly urging them to stand against the bill as it is proposed. The letter reads: “Demonizing unions, dismantling collective bargaining rights, stripping away the voice of local elected officials and disenfranchising voters is no “solution” to Atlantic City’s fiscal crisis. But, that’s just what the Atlantic City takeover legislation aims to do.

The bill being touted as the answer to Atlantic City’s prayers would hand Gov. Christie an unprecedented and frightening amount of power over not just Atlantic City’s finances, but over numerous other cities to which the bill could be applied.

The legislation in its current form would give Gov. Christie carte blanche to dismantle previously negotiated contracts, eliminate civil service, end the right to organize and grant the state immunity against unfair labor practices. Are you prepared to hand the governor that kind of power?”

With Sweeney a likely gubernatorial candidate for 2017, the Atlantic City crisis may also be a factor in that upcoming race. If Prieto comes out on top, Sweeney’s ties to Christie on this measure may be harmful as the governor’s approval ratings sink lower and lower. Additionally, because Sweeney and Christie have previously worked together on controversial pension reform, this is not the first time that Sweeney has been the opposition of the AFL-CIO. The new developments in Atlantic City put the two at odds once again.

As speculation continues to swirl about Christie’s political future once he exits the State House at the end of his term in January of 2018, the Atlantic City issue might become a make-or-break issue for his political legacy.

With the Atlantic City financial crisis looming—not to mention Christie’s Monday announcement that a lawsuit against the municipality had been filed —the clock is ticking for an agreement between the two sides in AC. As labor groups and their powerful and vast memberships continue to squabble along with the politicians as the deadline draws closer, it still remains unclear if a decision will be made in time to prevent a shutdown of all non-essential services in AC. For now, the fate of the takeover remains uncertain.