A few weeks ago I stopped following every single person on my social media feed involved in the world of fitness. I just can’t take the narcissism, shameless self-promotion, nauseating selfies and—worst of all—the constant pictures of meals. Enough is enough. Every day, people who are friends with those in the fitness industry are bombarded with videos of workouts, pictures of food showing you’re clearly orthorexic, lame affirmations and, of course, “expert” workout tips. Don’t even get me started on the athlete pages people put on Facebook—asking all their friends to like—when they’ve never even stood on a podium.

In the real (ie: non-fitness) world, there is this concept called mastery. Mastery takes a long time and is not easy. In the fitness world, this concept has been thrown out because popularity rules.

Why do difficult things for long periods of time when you can put pictures of your ass on social media and pretend like you actually know something about something? Jenn Selter is my favorite. She was named the 29th most influential person in health because she has millions of followers. She dishes out advice to people who want a body like hers despite the fact that she has no qualifications at all. Having a great ass doesn’t mean you know anything about nutrition and exercise science. The worst thing about people like her? When anyone points out their lack of qualifications, they throw out the asinine “haters gonna hate,” as though everyone else is jealous. They are so above establishing credentials.

Zyzz was another great example. The amount of morons who put him above professional bodybuilders actually winning titles because he “had a huge following and inspired people to chase their dreams” is breathtaking. Here’s a tip — it isn’t an achievement to inspire a few people to get into the gym just because you’re shredded and used steroids to get there. You need to stop believing your own press and read up on folks like Martin Luther King Jr. You know—people who actually were inspirational and did important things for humanity. Having a mad body is not for anyone’s benefit but your own.

Do you see science professors getting on their feed saying ‘Chris has two kids and is about to finish his thesis on string theory, what’s your excuse?’ You don’t, because they’re not raging douches with an inflated sense of how important their pursuit is to mankind.

There is also this trend of people wanting to become “fitness icons”—whatever the hell that means. Actually, we do know what it means. It means you earn money for nothing else than your highlight reel of narcissism. Here’s a tip: get a job. If you don’t like your job, find a better one. If you want to make a living based on your body, become a model or a porn star. For all you wannabe fitness icons, you need to know something really important: When you have millions of followers on Facebook, Twitter and Instagram, but your entire feed consists of selfies of your ass and tits hanging out, more than three quarters of them are guys just ogling your bits.

The one I love the most is when a woman in revealing clothing holds, wait for it… “fit” tea. Yes, I’m sure that’s all it takes to get an Insta-famous body. Or, perhaps you pose with a green drink in hand. Please, stop pretending that shit actually tastes good. I tried some kale last week and you know what? It tasted like something that grows in a swamp. I was then told “it needs to be massaged to not taste terrible.” Sorry—any vegetable that requires massaging has no place in my diet.

This goes for all of you clogging up our feed with your constant updates. We don’t need a picture of you standing at the gym with the caption “let’s get it on!” Why is that even a thing? And we’re tired of photos of your food, as though “eating clean” is the absolute highest goal in the universe and vegetables actually taste good without butter. Finally, we’re really and truly tired of the constant selfies of your abs or ass or whatever your favorite feature is, as though your great body is the ultimate achievement everyone should be striving for in life.

This doesn’t just happen with the vapid fame chaser crowd, though. There are some really smart, really qualified trainers who hold world records and clog up my feed with videos of their clients. They say stuff like, “Mary is 40 and a mother of two, she can bench 70kg, what’s your excuse?” Seriously, shut the fuck up. Not everyone wants to lift weights to stay healthy, so don’t start shaming people for it. Do you see science professors getting on their feed saying, “Chris has two kids and is about to finish his thesis on string theory, what’s your excuse?” You don’t, because they’re not raging douches with an inflated sense of how important their pursuit is to mankind. Please, do us all a favor and focus on your clients and their needs, rather than shameless self promotion on social media.

I want to finish with something really important : How many champions do you see cultivating a huge following on social media? Could you imagine Ed Coan ever putting up videos of his training? Of course not—he was too busy doing shit. 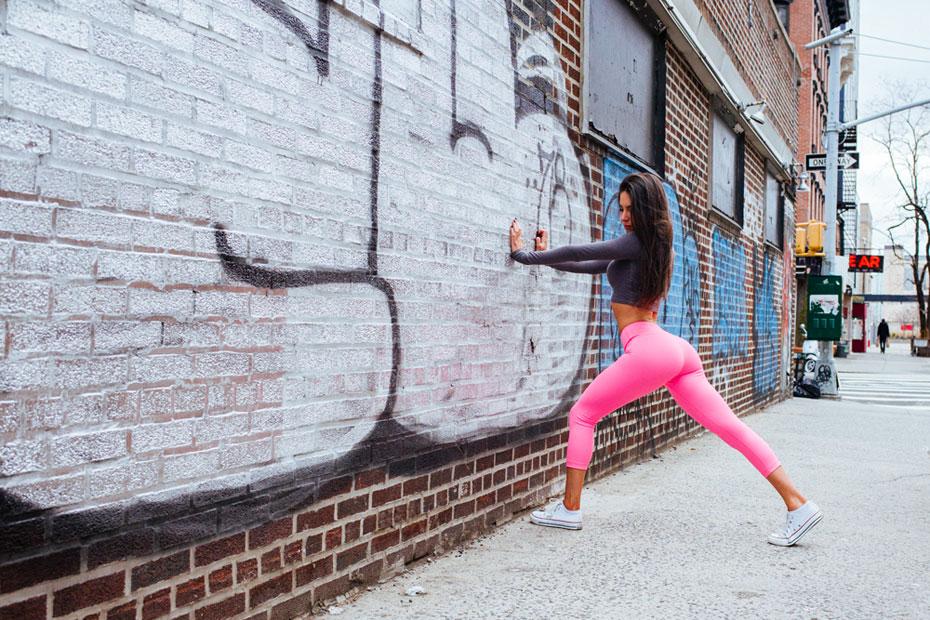