Russia fighter jets buzzed a US destroyer in the Baltic Sea on Monday and Tuesday, April 11 and 12.

The Russians did not buzz just once or twice, they buzzed the destroyer several dozen times and even circled and hovered in a helicopter taking pictures.  This is not an incident that can just be tossed off as adolescent machismo like Top Gun.  There is much more that happened here.

Several of the passes made by the SU-24 Russian fighter jet were as close as 30 yards from the USS Donald Cook missile destroyer.  That’s about three car lengths.

During the flybys, the US vessel was engaged in tactical activities with a Polish helicopter.  They had to suspend the exercise until it was safe to continue.  This particular destroyer has only a small landing pad on which the helicopter could land and take off.  Wind from the Russia flybys could have endangered everyone on deck.  From the rough video tapes we have of the incident, you can hear a voice announcing the incoming SU-24 and marking the height as low as “under the flight deck” of the destroyer.

Russia did what a dog does—pissing on a tree and marking its territory.

Why did the Russians do it?  It certainly was not a casual mistake.  What it was is a calculated move. A move they chose to repeat time and again over a two day period.

With all due respect to sophisticated Russian military thought and ingenuity, we can best understand this action by taking a page from the animal kingdom. Russia did what a dog does—pissing on a tree and marking its territory.  The Baltic Sea is their neighborhood and not—despite being in international waters—under the control of the United States. Russia wants the US clearly understand that this is their home turf, not communal property.

It should be noted that the Russian fighter jets were not armed and that they had very little fuel on board. They did not lock on to the US target. So despite the aggressive behavior, the US ship knew that they were not in danger.  This is essential because otherwise the  could have shot the Russian planes down. Given the neighborhood, that would not have been wise on the part of the United States.

This is neither the first nor the second time an aggressive flyby like this has taken place. Almost exactly one year ago, in April of 2015, a similar incident happened in the Black Sea. When you watch the video of that event, it’s uncanny.  The 2015 Russian buzz was also of the USS Donald Cook, also by SU-24’s that hovered and circled over a two day period and had a helicopter taking pictures.

The Russians actually do this regularly.  Other countries casually refer to it as part of the “standard harassment package” that Russia engages in.

The Russian agenda is to point out that they can disrupt and disturb US naval activities. Russia was sending the United States a clear reminder that they are sailing in waters very far away from their own reinforcements.

The Russians could have been more aggressive. This was a controlled drill. A more threatening and dangerous deed would have involved them selecting to harass not a destroyer but an aircraft carrier.

That would have been very dangerous.

Carriers must sail into the wind, must maintain regular speed and must sail straight in order to allow pilots to land safely.  Continued wind disturbances from flybys would certainly hamper that.

There are several variations to this harassment package. Russia has also sent reconnaissance aircraft to circle over US ships.  Those planes are very large and have much longer lasting strength than the SU-24 and would circle for eight to ten hours.  That’s what happened to the USS Donald Cook last year in the Black Sea.   But last year the Russians tag teamed their aircraft, swapping out one for another reconnaissance plane and circling more and more.  The event of last year was in response to the United States coming to the Black Sea which was in response to Russia’s actions in Ukraine.  This year the Russians are reinforcing last year’s message.  The presence of the Polish helicopter was not accident. The US ship had just departed a Polish port.  The US is developing important Polish and Eastern European allies.  Russia is saying — Beware.

It all might sound exciting and very dangerous but it is really a staring game that continues until one side blinks.  And then, everything goes back to normal.

The United States is said to have reported the incidents to NATO for evaluation. What they are really hoping to do is punish Russia. Unfortunately, NATO has failed miserably in asserting itself as a police and judging authority.  In the end NATO will most likely not be able to affect any real discipline.

Not surprisingly this is also part of Russia’s plan. 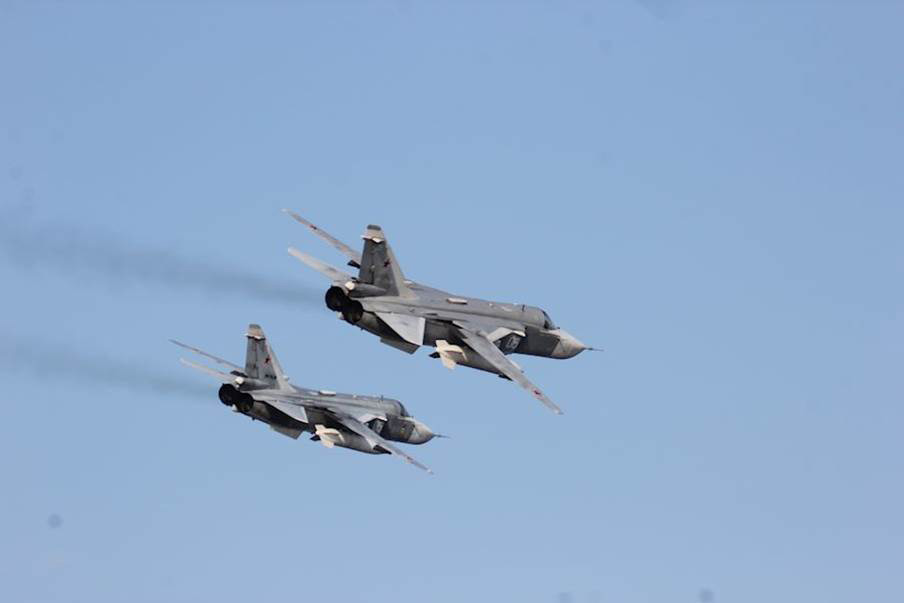