I am the woman with the peculiar name who posed that awkward question to Gay Talese at the Power of Narrative conference last weekend. For 15 seconds, I was Vermont’s most inflammatory export since Bernie Sanders. Then “a national social media firestorm” began, and whatever I intended with my question was buried in an avalanche of tweets.

I didn’t ask that question as a journalist. I’m a poet. I live on the land that was Total Loss Farm, the “famous long ago” literary commune founded in 1968. In our peaceable kingdom, among friends and vegetation, I wanted my life to be a poem, whatever that meant. In the mid-1970s, commune books were marketable. Harper & Row published “The Body’s Symmetry,” my slim volume. They paid enough for me to have a baby, and gave me gas money for a reading tour.

Here’s the story I hate to tell. In 1975, during the book tour, I read to a class led by poet Sandra McPherson at the University of Iowa. Afterwards, she confronted me, saying she believed my poems were actually written by men. A group of editors had intended to release a book of poems under a fake woman’s persona. She was convinced that I was her imposter.

The encounter was a game-changer for me. I went home and over decades cobbled together an outsider career: poet-in the-schools, muse-for-hire, songwriter, obituary provider, cemetery commissioner, and writing partner. In my sphere, I am successful, a pillar of the community, with public citations, books, and an honorary degree.

At the conference last week, everyone with a smartphone received a sneak preview of “The Voyeur’s Motel,” Gay Talese’s about-to-be-published offering in The New Yorker. And everyone agreed to respect the “embargo” on public comment until the article’s release.

The expectation was that the master craftsman would talk about craft. Instead, he gave a stump speech. He reminisced about the evolution of his values: avid yet respectful curiosity, hard work, honor, truth telling. He recalled the writers, all male, who shaped his style: journalism with the panache of fiction. The audience laughed as he recounted his adventures with a sexual voyeur, crawling through the attic and gaping through the vents.

At this conference for mid-career journalists, about 70% were women. But over the course of an hour, the only women about whom Talese had spoken fondly only of his mother and Nora Ephron. So when the laughter died down, I simply asked my question: What women have inspired you, as writers?

He seemed taken aback, and paused, as if leafing through the impeccable files we saw in his video. He came up with Mary McCarthy. Then he said, “None.” There was a rippling hiss, a syncopated intake of breath, and a barely audible clatter of women starting to punch their devices — the feminist “click” when sexism becomes real and shared, as described in Jane O’Reilly’s “The Housewife’s Moment of Truth” in Ms. magazine’s maiden issue. To borrow a title from Bob Marley and the Wailers, “Who Feels It, Knows It.”

Mr. Talese went on to explain his theory about the professional interests of male and female journalists of his day. The gist: educated women want to talk to educated people, but educated men are attracted to grittier stories. He expounded in this manner, digging his grave with his teeth, as tweets flew out to the world.

The jury is out on sexism and senior moments. As the social media sites declare, “It’s complicated.” The syntax of experience is hard to parse. You had to be there.

But if I had another question for Gay Talese, I’d ask about men and sex. In “The Voyeur’s Motel,” we learn that of the 296 sex acts the voyeur observed and noted in a single year, men had 184 orgasms. Women had 33. I’d like Gay Talese to unpack those numbers, to tell us how far we have we come in fairness. And then how those figures might translate into column inches of gendered print. 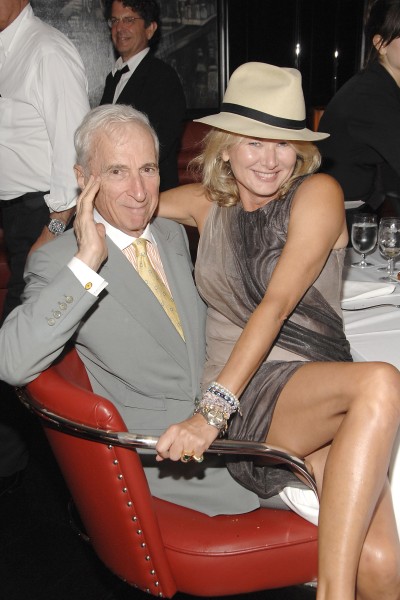