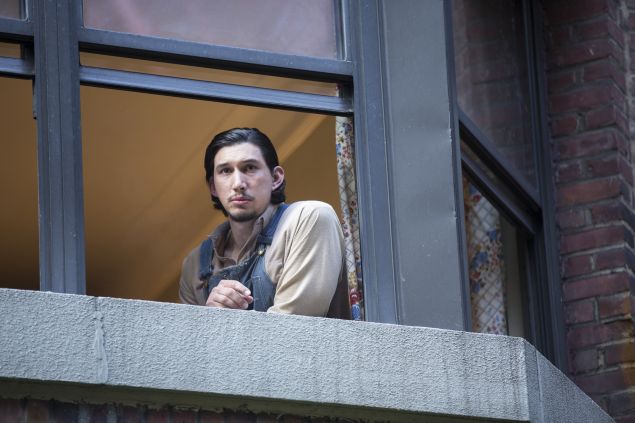 We open on Hannah in the principal’s office. Okay, this has already happened more than once, and she’s been employed for what, a matter of weeks? How is she still on the payroll? Because apparently, she makes fun of the other teachers in the school… with her students. That merits firing! (To be fair, Hannah’s comments are pretty funny. I’ll definitely be using the phrase “phantom centaur butt” to describe a guy with a big badonk from now on). Yet somehow, Hannah doesn’t get fired, since she spreads her legs so wide in her skirt that the principal is rendered speechless. Apparently, in the Girls universe, the mere suggestion of lady bits renders men speechless and terrified, versus the real world where, you know, showing your junk to someone is considered sexual harassment.

Fran, logically, is not a fan when he finds out how Hannah saved her job. He doesn’t seem to think that using your genitals to get out of a problem is okay. Fair point. Then again, if Fran wanted to date a reasonable human, he should’ve broken up with Hannah a long time ago.

Meanwhile, Jessa is helping Adam warm up for a big performance. Yet she fails miserably at relaxing him, because she drops the fact that Hannah will be at the show. AKA, prepare for awkwardness. Of course, this foreseen weirdness will only be worsened by the fact that Fran will be there, and is currently furious with Hannah. Nothing can go wrong!

Turns out, Adam’s play is an immersive experience about the death of Catherine Genovese, AKA Kitty, and how 38 neighbors ignored her brutal murder on the sidewalk right outside their building. (Oh hello, episode title!) After threatening to break up with Fran for zero reason, Hannah goes to explore the rooms on her own.

In the hall, Marnie tells Ray that she left Desi. His original response is pretty expected: “Oh really? Wow.” Good thing he didn’t reveal any more of his lingering feelings, because Marnie immediately follows up by saying that she needs some time alone. Really, Marnie? You’re telling this to a man who is still in love with you? *Facepalm.*

In another part of town, Elijah and his fancy celebrity boyfriend are at an equally fancy celebrity party. They are insanely adorable– Dill keeps telling Elijah how happy he is with him by his side. Elijah, of course, is glowing. He doesn’t miss his mean, poor friends one bit.

Back at the performance, Hannah is watching Adam’s scene, where he plays a closeted gay man who overhears Kitty’s screams. The sounds are pretty gruesome, but no one does anything. From across the way, Hannah spots Jessa watching the scene from a fire escape. The two don’t acknowledge each other. Instead, Jessa stares longingly at Adam, while he act-smokes a cigarette. Hannah sees this moment, and you can tell in her eyes that she knows– Jessa and Adam are fucking.

At the party, poor Elijah gushes to a stranger about how amazing Dill is. The other guy goes on to reveal that, only last week, Dill brought one of his friends to a gala. And… the random dude in line was once taken to the Bahamas by Dill. Ruh-roh. Poor Elijah is getting his heart broken.

In 1960’s-land, Hannah asks Marnie if Jessa and Adam are fucking. Of course, Marnie doesn’t give a crap because she’s too busy looking up divorce lawyers to care about their “second-tier friends”  Ouch.

Meanwhile, in Dill’s fancy bathroom, Elijah confronts his “boyfriend” about his many rumored boy toys. Of course, Dill denies everything and manages to completely avoid the “are we dating” conversation. (I feel your pain, Elijah.) So, to his credit, Elijah storms out… but only after swiping all of Elijah’s insanely expensive bath products. Atta boy.

In Marnie’s room, Hannah is still freaking out about the fact that Jessa and Adam are doing the dirty. Luckily, we don’t have to listen to that for long, because Desi busts in and announces that one of their band’s songs is going to be on Grey’s Anatomy. And during a death scene, no less! I’ve never seen two people happier about the death of a character on TV. It’s almost like Marnie and Desi forgot that they’re GETTING DIVORCED. This leads nowhere good.

At Elijah’s apartment, a drunk Dill creepily storms in and starts making out with Elijah. Clearly, this man is used to getting what he wants. Then, in a move of sheer romance, Dill passes out on Elijah’s crotch right as he’s about to give him a BJ. Elijah is far less horrified than he should be.

After the play wraps up, Ray seems to be the only one who learned something – that apathy is a huge danger to society. Hannah, no surprise, doesn’t give a crap about what he’s saying. Danger to society, indeed. All Hannah can focus on is the fact that Jessa and Adam are leaving together– AKA, sleeping together. So, of course, poor Fran gets the butt of Hannah’s rage. Yet, somehow, she manages to convince him to stay with her.

Fran, if your fictional character is reading this recap of the TV show that your character exists in, listen to me: Leave Hannah. Flee. You are too sane, smart, and charming for that woman. Be with anyone else.

Will Fran listen to me? Probably not. But we’ll see. 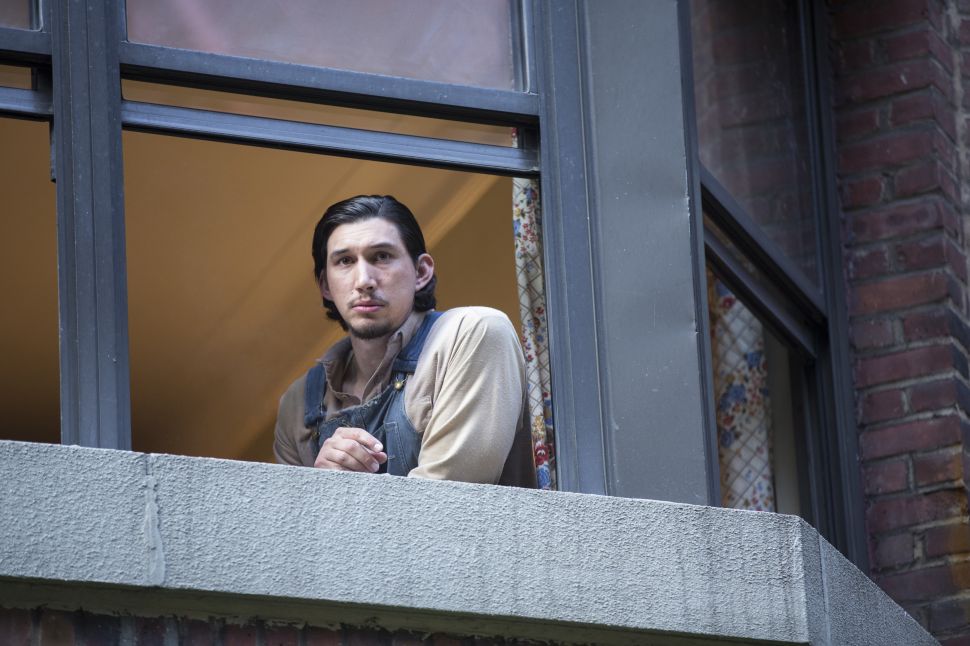