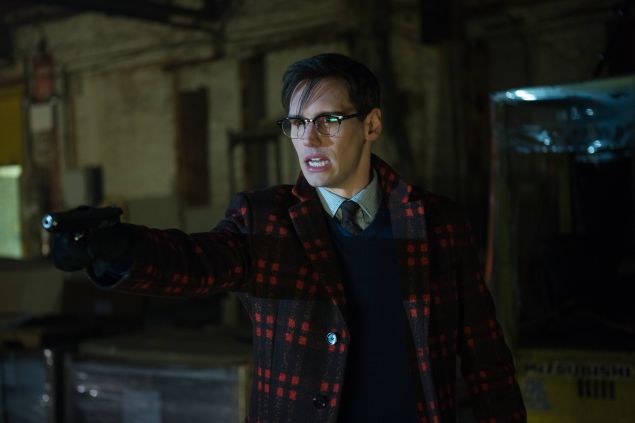 What a weird fucking Gotham, huh? “Into the Woods”–you may recognize the Sondheim musical, or the film version where Johnny Depp wandered onto set in a werewolf costume he happened to be wearing that day–was one of those episodes where some truly sloppy material was elevated by the cast’s willingness to take their balls and bring them to the walls. So in lieu of my normally rigid and formal recapping style that in no way is built on a foundation of Batman penis jokes, allow me simply to A) Point out why a plot point from “Into the Woods” was either dumb or pointless and B) Why it brought me unmitigated joy regardless.

Dumb thing: Eddie Nygma, at this point a full blown Riddler in everything but name, gets caught by the GCPD despite the GCPD and Jim Gordon doing exactly 0.00% legitimate detective work. Seriously, this is definitely not the first time Jim and Harvey have got a lead on a case from an errant noise in the background of an audio tape. From there, the investigation became Jim repeatedly suggesting they “clean the tape” as if that is a thing, and then pegging Eddie as the real murderer based mostly on bad vibes. The smartest villain in Batman’s rogues gallery was taken down by a police force made up of pet rocks in cop hats.

Why It Was Still Great: Cory Michael Smith may be the best Riddler–live action, cartoon, and video game–we’ve ever had. He’s the perfect blend of outwardly awkward and inwardly seething at every person in the room (much Iike me in public settings). Honestly, Zacky Snyder, redeem yourself by throwing a gray wig on this dude and have Ben Affleck’s CrossFit Batman punch him in the face repeatedly.

Dumb Thing: Oswald’s Van Dahl storyline essentially amounted to absolutely nothing. It’s like Gotham’s writers found out they had Paul Reubens for two episodes and were like “Since we can’t ACTUALLY put Pee-Wee Herman in the show–wait, can we? No? Fuck–since we can’t ACTUALLY put Pee-Wee Herman in the show, what’s the most inconsequential thing we can do that will seem important?” Boom, Oswald’s father. Nailed it. And I guess his Arkham treatment is officially moot, since there is absolutely nothing more villainous than killing an innocent dog.

Why It Was Still Great: This crazy penguin-looking motherf*cker just fed a woman’s children to her like a DC Comics Eric Cartman. Like, damn Gotham you crazy. Respect.

Dumb Thing: Bruce’s ultra-serious life on the streets lasted exactly one and a half episodes. He spent it sewing and eating hamburgers, and learned nothing about Gotham City.

Why It Was Still Great: The day the sight of a 14-year-old Batman joyously acting like a rascal doesn’t make my heart grow like a comic nerd Grinch is the day I hang up the Batman onesie I may or may not be wearing right now. Bonus: Selina Kyle hilariously running into a pole for no reason was the least cat-like thing I’ve ever seen.

Dumb Thing: Bullock and Captain Barnes had a conversation that included the phrase, presented here with zero editing, “The people of Gotham can eat my socks.”

Why It Was Still Great: Bullock and Captain Barnes had a conversation that included the phrase, presented here with zero editing, “The people of Gotham can eat my socks.”

In the end Jim, despite clearing his name, still can’t call Leslie. Also, Barbara is back, and Doctor Hugo Strange should have had his medical license taken away a long, long time ago.

As always, let’s run down every reference, fact, and nugget of Bat-history brought up in the season 2, episode 17, “Into the Woods.” 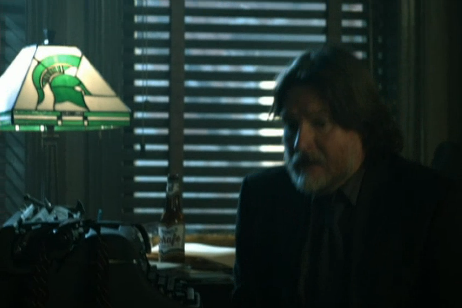 Let’s ignore for a second that Harvey Bullock has one of the most strangely decorated apartments ever, and focus on that lamp on the table. The green helmet on the side is basically identical to the logo of the University of Mount Olive Trojans, hinting that Harvey himself, who doesn’t have much of a backstory in the comics, is from North Carolina.

Funny enough, the character of Harvey Bullock is named after a screenwriter of the same name who was born in…North Carolina. 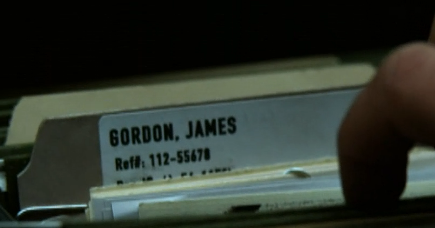 Jim snoops around in the terribly guarded GCPD Internal Affairs to find his file. A quick glimpse shows that the reference number for James Gordon is 112-55678. A Google search for that reference number brings you here, a chemical company in China, where that same reference number indicates Titanium Dioxide.

Quick science lesson: Titanium Dioxide is a commonly used chemical to give products a white pigment. In some applications, it’s called “the perfect white,” or the “whitest white.” Long story short, you use Titanium Dioxide on something and that shit is turning white.

So why is this relevant, besides the fact that Jim Gordon is like, the whitest dude on Earth? Well, back in the winter premiere Gotham casually introduced Ace Chemicals. At some point, somebody gets pushed into a vat of chemicals there and the result is the whitest white skin imaginable. Could Jim Gordon be the one doing the pushing?

The numbers assigned to Gotham‘s characters in Arkham so often tie together to the comic books I can only surmise that either A) the writers are doing it on purpose or B) I’ve legitimately gone insane. 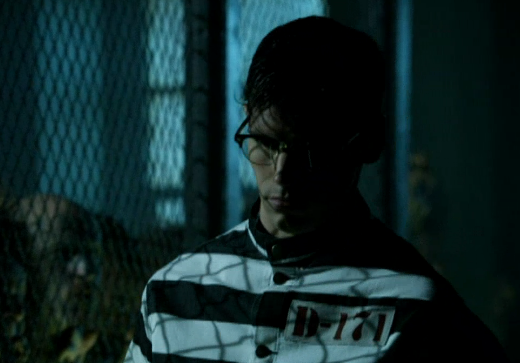 Just so happens that 1965’s Batman #171 marks the first Silver Age appearance of the Riddler in a story titled “Remarkable Ruse of the Riddler!” The cover is, quite frankly, incredible: 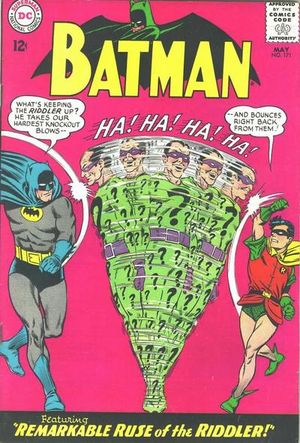 I usually don’t support Gotham taking stories directly from the comics word-for-word and action-for-action, but “Remarkable Ruse” involves the Riddler building a device that makes him spin like a top for…some reason. Batman foils this complicated machinery by, not even kidding, pressing a button and punching the Riddler in the face. Because even in 1965, Batman had no time for such shenanigans. 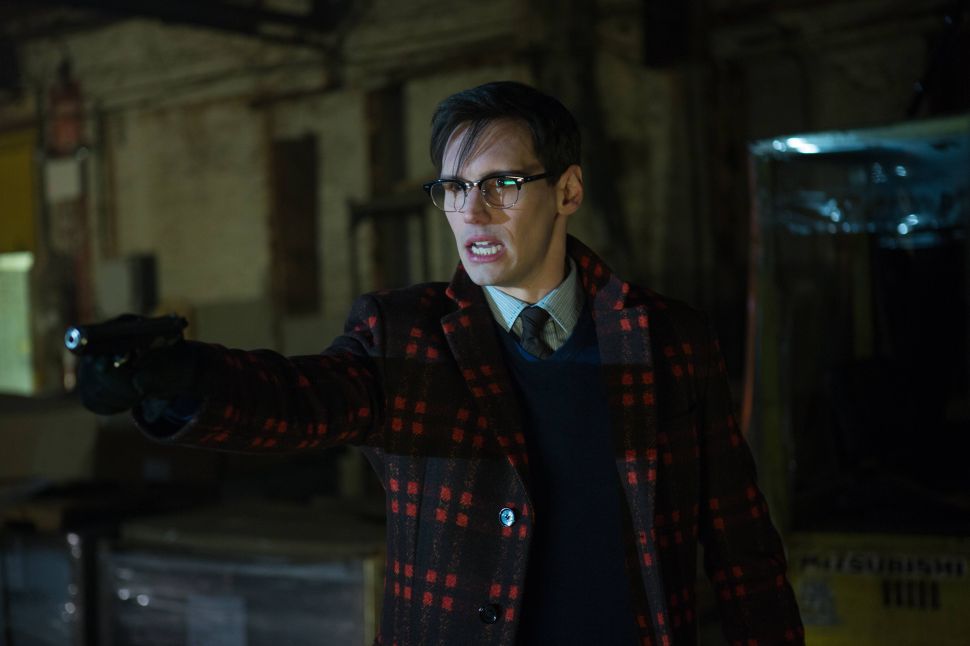