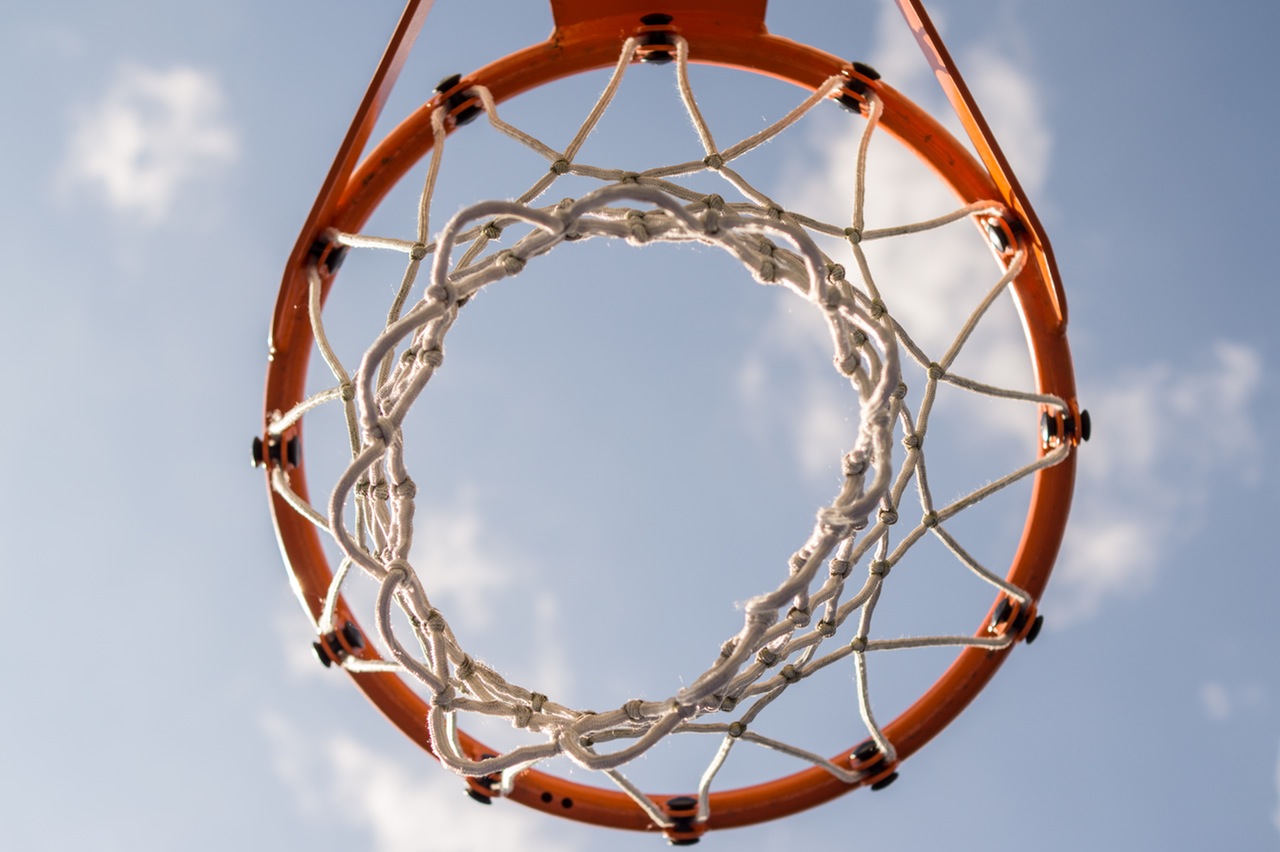 Jon Abrams investigates how the “prep to pro” generation forever changed the trajectory of the NBA. (Photo: Pexels)

In 2006, the NBA established an age requirement that said players must be at-least 19 years old and be one year removed from high school before declaring themselves eligible for the NBA Draft. Between the 1995 and 2006, when the minimum age requirement was established, 43 players skipped college and jumped straight to the NBA to varying results.

Players like Kobe Bryant, Kevin Garnett and LeBron James have become icons and are surefire Hall of Famers once they hang up their sneaks. Others, like Lenny Cooke and Korleone Young, fizzled out long before they could establish NBA careers.

In his new book, Boys Among Men, author and Grantland alum Jon Abrams investigates how the “prep to pro” generation redefined the NBA and forever changed the trajectory of a multibillion dollar sport.

We hopped on Skype (Wait are you on mute? Welp, lost you there. Don’t know what happened. Try turning off your video…) with Jon to discuss the inspiration behind the release, what music he listened to while working and how his fellow Grantland alums helped spread the good word.

Was there one ‘aha’ moment that gave you the book idea, or was it a convergence of different things that led you to write this book?

Abrams: It was a few different things. With Grantland, I had profiled some of the high school to pro guys. It just seemed like even if they were just average NBA players, their paths to get to stability in the NBA was tougher than a lot of other guys. Even a guy like Gerald Green had to go to Siberia before he matured enough to become an NBA rotation player. Shaun Livingston went through his horrific injury, before he found stability. That was one component.

Then, I was a senior in high school in 2001. That was the year that Eddy Curry, Tyson Chandler, and Kwame Brown were battling for the top pick. I was a basketball fan, so I was following it real time, thinking, “Man, if that was me, I don’t know what’d happen. I’m not even ready for college right now.” Then fast forward, I’ve been covering the NBA for a while, and their careers never really materialized like the predictions that a lot of people had expected, versus what happened.

It was interesting for me to unravel the ’96 draft. To take a look back at why and how Kobe lasted so long in the draft. Now, you think, “Man, that’s one of the best NBA players ever. How the heck did he last that long in the draft?” You really see a million different circumstances, and coincidences, had to occur for that to actually happen. That was fun for me to unravel.

Then the other thing, I guess it’s not really surprising, but it just backed up what I had already believed, was the there were a lot more successful guys who made this jump than quote unquote busts. I think people really highlight the busts as much as they do the superstars who actually made it, when it’s not even close to being equal.

Why do you think that is so?

I think the NBA may float that out there a lot, because they obviously didn’t want this world to happen or occur. They didn’t want guys to keep jumping from high school, so they had to justify why. I think that maybe it’s just people not doing research, and that’s kind of the lazy way of thinking about it. Because you do think that this transition would be so difficult and so hard, and that most people wouldn’t be able to do it. We’re talking about exceptional people, and exceptional athletes in most cases. There’s a lot of times guys go to college for two or three years, and they’re not able to transition and make that jump, as well.

I’m always very fascinated by how creatives approach the writing process. Did you have a set schedule?

I didn’t really have a set schedule. I probably should have. In talking to people, in talking to other authors, I know that a lot of them wake up early to get it out of the way, and then do their day job. I was still writing for Grantland at the time, so it was really either stay up late, or wake up early. No set schedule.

The way I approached it was just taking each individual chapter and look at it kind of like a Grantland story, because each Grantland story I did probably took about three or four weeks. I just tried to look at it in that capacity, and try to chip at it. When you’re writing a book, you can’t look at trying to get to the end. You have to look at where you are at page 33, or where you are in the present, to keep going.

Whenever I’m working on a proposal or an article, I listen to white noise or Brain.fm. What do you listen to, if anything when you’re writing?

I’m a big…I don’t even know if I’ve told anybody this (laughs). First time in my life. I’m a huge Eminem fan, so I would usually play him a lot for motivation.

Any particular song or album?

His verse on “Airplanes 2” with B.o.B. There is also…The Game has a song called 500 Bars. It’s 25 minutes, and I can really just zone out and play that. What is it, it’s like Watch The Throne, Jay-Z, and Kanye. It’s that instrumental, so it just loops over and over again.

How did you promote yourself and your book?

I’m the least self promotional person out there. This was really getting outside of my comfort zone a little bit. I was lucky that a lot of Grantland alumni boosted me up. Zach Lowe, and Bill Simmons, and Jonah Keri had me on their podcasts.

Then we all saw what Shea Serrano did. That was completely amazing and. He put so much time, energy, and effort into it. I think he just kind of took pity on me, because I taunted him a little bit about how he marketed his book, and he was giving me all these tips, and making it sound easy. In my head, I’m like, “I’ll just look like a dumbass if I ever try to mimic him.” I think he planned on helping me out a little, and then he saw how bad I was on Twitter, and just completely took it over.

What was the process in getting a publishing deal?

I got lucky, because the agent that I’m working with is also Chuck’s agent. He just saw one of my Grantland stories, and was like, “Hey, if you ever have a book idea, let me know, because I’d like to work with you.” Then I went with him after I had this idea, and put together a book proposal that was outlining the chapters and the subjects, and what I wanted to say, and where I wanted to go with the book. The final product probably looked nothing like it. Then your agent might pitch a fit to publishing houses, and the ones that interested, you set up meetings. I think I had maybe seven meetings, and of those seven, I want to say four made bids on the book. Then you just pick the one you want to go with.

Last question, since we know you have a two year old running around the house. What advice would you give to a young writer or a 22 year old version of yourself?

It solves two problems, because it solves one, what the subject is going to be, and if it’s the book that you want to see, then it’s a book that you’re going to be passionate about wanting to do.

If you haven’t yet, pick up a copy of his new book, Boys Among Men.

Eric M. Ruiz is a writer and strategist for Waze, the Social GPS and Navigation app that was acquired by Google in 2013. A native of Modesto, Calif., Eric currently resides in New York City. Views and opinions are his own. 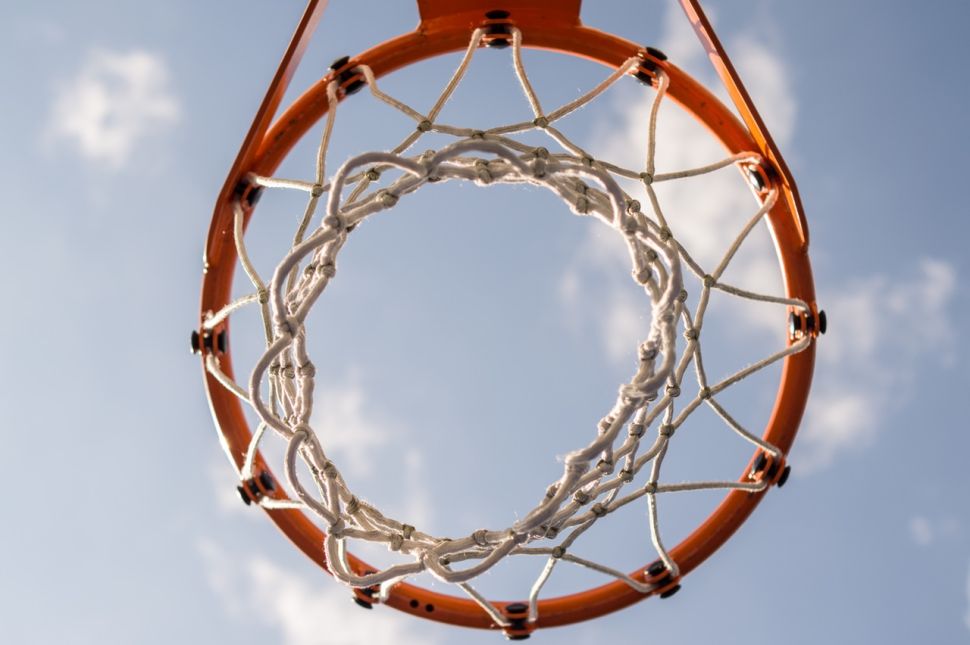