Jeremy Saulnier is making quite a name for himself. After his low-budget, Kickstarter-funded thriller Blue Ruin premiered at Cannes in 2013, it became a cult hit; bolstered, in part, by a stint on Netflix for people who couldn’t make it all the way to France or catch it in limited-release. With shades of No Country for Old Men and Blood Simple, Blue Ruin took a funny, poignant and extremely violent look at how an Everyman (played by Saulnier’s best friend, Macon Blair) would react if put in the middle of a Death Wish-esque revenge fantasy narrative.

Continuing with both his penchant for baroque violence and titular color palettes, Saulnier’s Green Room boasts an equally simple, “What Would You Do?” premise: A touring punk rock band, trying to get home to “outside D.C.” from Portland, agree to a last-minute gig, held in the middle of bumfuck nowhere, attended exclusively by skinheads. After accidentally witnessing a murder, the band has to fight DIY…or die. To make matters that much more complicated, they are up against not only skinheads, but dogs, shotguns, box cutters and…Patrick Stewart, who plays the klan’s de facto leader with a grim Walter White intensity.

We sat down with Mr. Saulnier to discuss Green Room and his puzzle-solving approach to writing; but first needed to pose him a question he forces his characters to answer with increasing candor throughout the movie.

Observer: Even if it was an “end of days” scenario?

Saulnier: Still Black Sabbath. Because for me, they have this beautiful, acoustic songs, and kind of bluesy metal. Some hard rock. They’ve got a nice little mix. Something about Ozzie’s voice…I love it.

Observer: When I saw Blue Ruin last year, maybe my FIRST thought was “Oh shit, we’re from the same area.” Like, what other movie opens in Rehoboth Beach?

Saulnier: So I lived in Alexandria, but we would vacation every year and go to Delaware. Either Dewie or Rehoboth.

Observer: Green Room may be the most hardcore film I’ve ever seen, and that’s saying something. Patrick Stewart as the head of a neo-Nazi klan in Oregon…even saying it sounds so badass. How did he get involved?

Saulnier: It was all him! It was cool, because it came just through a mutual management company. They connected us; and because he responded to Blue Ruin, and responded to the script for Green Room, within a day of his interest, we signed him on. That’s a no-brainer.

Observer: Did you have him written to be this Walter White character? Or is that just how he ended up looking?

Saulnier: It’s interesting: there’s definitely some crossover, but I will say, Patrick was sporting that look long before Bryan Cranston. That was also just part of the character; he had to assimilate into a local environment, and he wasn’t going to be wearing boots and braces…that would be ridiculous. He’s modeled after the real-life people that were used as references, and they look like citizens, you know? They are more like political figures than they are evil skinhead henchmen or leaders.

Observer: What I love about both Blue Ruin and Green Room is that they’re both so intense–I was yelling at the screen by the end–but they are also psychic cousins to a lot of the darker Coen Brothers films. Like: “This is what an average person would do if they were put in an extreme situation where they are in way over their head; how would they adapt to survive…or not, in same cases?” How do you go about coming up with these puzzle boxes for people to get out of.

Saulnier: The fun thing about writing is that I don’t have a process. I started writing because of a pragmatic need to generate material so I can direct it. I want to make movies; I’ve wanted to make them since I was 8 years old. But you can’t just get access to scripts. So I developed stuff with my friends, and at a certain point, what we had just wasn’t getting through the system, it wasn’t getting picked up. So I started engineering things.

Blue Ruin was just down-scaling what we already loved, which was genre films: action, crime, stuff like that. But it was down scaled so I could have my friend (Macon Blair) play the lead. It was just engineered to be something we could do. So I wanted a cool, dark crime scenario: I thought revenge had very universal appeal to it, because anyone could want to seek revenge. So I made it an Everyman. That was based on where we vacationed–well, not together, but both our families went to Rehoboth Beach and Bethany Beach. Macon’s cousin’s property was a key location; the house I grew up in in Alexandria was a major set piece. So I just built the script out of available resources.

So it becomes: “Yeah, I’m just going to inhabit this world and see what happens.” The character was not a Navy Seal; he wasn’t an ex-cop. It’s just a person. It could be me. I sort of floundered my way through it, and that’s how the character acts.

Green Room was like this as well: I love the world, I love the aesthetic, I want to set something there. For decades I’ve wondered how come no one has done a movie set in a green room during a show?? It’s so compelling. It’s backstage.

Observer: Right, and it’s in this small, locked space. When you mentioned “available resources” earlier, that’s exactly what the characters in Green Room a forced to make do with. What they have on hand. It’s kind of like an “Escape the Room” game, except even less fun.

I also love that there are rules in this universe. Like, we’re not in the first season of Daredevil: people have guns. But there are reasons why some people can’t get shot, and why the punks need to go after them with machetes, or dogs. It’s just so…grimy. In a good way.
[youtube https://www.youtube.com/watch?v=Q8XSARX3DQg]

Saulnier: Well, it’s the terror of not knowing why. We’re definitely aware “Oh shit, there are some kind of rules being implemented,” but like the lead characters, we have no fucking clue what it’s going to result in. In the meantime, they are thinking “Holy shit: they are tearing us apart, literally.” It’s so unnerving. It seems just so brutal and sadistic, but when you get to the end, you realize–not to spoil–it’s just about pragmatism.

Observer: That’s one of the scariest parts of all this. These villains–okay, they are Skinheads, but early on you make a choice to have someone say the equivalent of “Their politics aren’t really the point.” Consider them far right or maybe far, far left. And if anything, they are just as scared, just as floundering, as the people who are stuck inside the room. You see that they are also in over their heads, and they have no idea how to fix this mess. Mostly everyone in this film is just winging it and making it up as they go along. And that’s somehow scarier, right? You don’t want someone with a twitchy trigger finger to be in charge of the gun.

Saulnier: Exactly. And what’s so fun about making a movie that recreates such an insane experience, gets hearts pounding, seems brutal, but…there’s no sadistic blood lust in any of the villains. It’s just a mop-up operation. It plays into the expectation of “What kind of exploitation movie is this?” If you strap in for the whole thing, you realize “This wasn’t gratuitous.”

Observer: If anything, it’s the opposite of gratuitous, because it’s necessary: going berserk, or going to the end of your own humanity…that’s the only way to survive.

Saulnier: I don’t want to spoil anything, but the story Anton Yelchin’s character tells in the film is based on a real-life experience from me. My buddies and I were up against some Marines in paintball. And they were whooping our ass because they were playing by the rules; they were professional soldiers. But when one of my buddies broke the rules of war, and did this goofy Rambo raid–because he didn’t fear getting shot, he broke the rules of cover and fire and he was wearing cut-off shorts while doing it– the marines couldn’t believe this guy. I was thinking “This might actually apply: if you are outgunned and surrounded by more professional soldiers, the only thing you can do is blow their minds and break the rules.”

Observer: The buzz from Green Room is pretty great: you have a 87% score on Rotten Tomatoes. Any plan on what you’re going to do next?

Saulnier: Oh yeah, I have a couple things coming down the pipeline. I haven’t written any new screenplays yet. What I want to do is direct a few things, practice that craft. It’s a lot less pressure: it’s been tough to fight through these movies getting made. And now that they are resonating with audiences, I can step back and improve my chops. And once I get some under my belt, I definitely want to write again.

Writing is the most pure form of the experience. It’s problem-solving, and I have this almost mathematical satisfaction with solving things. Trying to get to this place that is very pure: to draw on that well of why I make movies in the first place, that’s where I find it.

And in the meantime, getting more access to higher-level projects. Whatever the budget is, I want to make sure that they are compelling and in line with my intentions. It’s hard to assess and properly appreciate these new opportunities. I’m not quite trusting enough; I still think that if I make one misstep, than I’ll be back to making corporate videos again. To me, that’s truly terrifying. 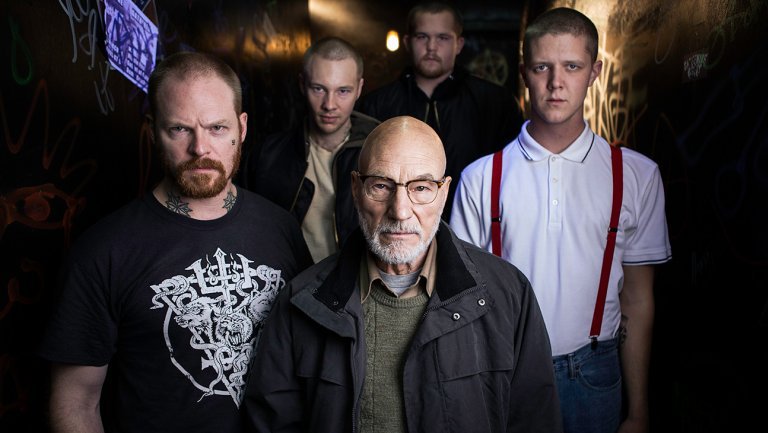