There’s a non-chemical, probably not addictive, seemingly safe method for getting more out of life. Maybe. Proponents refer to it as TDCS (or transcranial direct-current stimulation). Users run low-voltage electricity through their body (usually some part of their head) in order to fire up regions of the brain that can, for example, improve learning or focus. To get into it, people had to buy some parts and build a device at home.

Lifehacking and DIY? Of course, it’s a YouTube sub-genre.

The Brain Cam will be capable of passing invisible light through your skull, reaching your brain and bouncing back out. By measuring what comes back, the device should be able to show people what’s going on inside their skull, whether they send juice through or not.

But one researcher in Australia, Jared Horvath, a PhD candidate at the University of Melbourne, has been releasing analyses where he examines data from multiple TDCS studies, and he’s finding much less to get excited about; looked at collectively, the studies don’t show TDCS yielding consistent physical responses, save one small muscle twitch.

Which doesn’t mean it’s not doing something useful, he told the Observer by email. “We have no clear idea of how, when, why or under what circumstances it will work,” he wrote. “Unfortunately, these are the very things we need to know to make this device a viable medical or enhancement tool.”

Nevertheless, some new companies are making TDCS devices that simplify experimenting with putting a little juice through your scalp to enhance brain performance and improve competitiveness. These companies give brain zapping a professional veneer and engineer them so that users don’t have to hunt for the right spot on their head for a given use.

In February, Halo Neuroscience closed a $9 million series A round, according to Crunchbase, which signals a belief by investors that the product has the potential to reach vastly more people and make a whole lot more money. The first market Halo is going after? Elite athletics, which could be enough to start a fad, if not a trend.

Dan Chao, the company’s CEO, told the Observer in a phone call that the company tested TDCS on 1,000 people over its first year. “The most robust results came from that research project that was centered on the motor cortex,” the serial entrepreneur with a medical degree in neuroscience from Stanford said. On the website, it claims that a prep session with one of their funky headsets can help a training session accelerate “gains in strength, explosiveness and dexterity.”

“Our first customer and our first repeat customer was the US military,” he said. “We think of soldiers as athletes, and they see a clear application in their world.” The New Scientist‘s Sally Adee tried out one way that the U.S. military uses low-voltage electric treatments on soldiers. During an episode of WNYC’s Radiolab, she described how TDCS turned her into an ace (video game) sniper, after just one treatment.

Dr. Chao argued that the Halo unit has three advantages over the baked-at-home version. First of all, one of the tricks for TDCS is getting contact with the skin in the right places. To do so, its designed spongey electrodes in the shape of little spikes, with enough rigidity to get through hair on a part of the scalp where, for some people, it can be quite thick.

The second advantage is that Halo is built to medical specs, he said. In fact, this is his second brain-related hardware company. He previously served on business development at Neuropace, which made a device that monitored and treated the brains of people with epilepsy.

Its third advantage, new results from flipping the direction of the current flows. Halo isn’t actually doing that yet, though. “There’s a complexity to the way the brain works, and if you can train at different frequencies you can get different effects,” Mr. Chao said. He declined to provide more detail.

Halo’s product isn’t available to the general public, but Mr. Chao told us that three major league baseball and two basketball teams are trying it, among others, but he declined to name teams because, “they see us as some sort of secret weapon,” he said.

Another company that’s been occupying this space a bit longer is pursuing a different user group, but it’s still all about elite performance. Roughly four-year-old Foc.us creates products primarily targeted at gamers (though it is dabbling in lucid dreaming as well). It’s worth noting that gaming isn’t just a hobby any longer. E-sports tournaments can bring millions of dollars in prize money, so elite players have a reason to look for an edge.

“Because we target the pre-frontal cortex that can increase your working memory and your vigilance,” Michael Oxley, the company’s founder and CEO explained in a phone call. In other words, you can do a better job of, say, keeping track of the crazy virtual maps in video game worlds and you’ll be more attentive to the slight cues that something dangerous has popped up.

Does it deliver? We asked if it had secured any prominent competitors to use the device, but Mr. Oxley said Foc.us hadn’t even really tried. “We’re a really small company,” he said. “There are five of us.”

The moment crystallized the cultural differences one observed when speaking to a venture backed company steeped in the tech industry’s bowdlerized communications culture versus a founder bootstrapping a company he’s content to grow at an organic pace.

Foc.us has offered several TDCS products such as the gamer headset and the V2, but Mr. Oxley said it’s focusing on its latest, the Go Flow, which should help users optimize learning. It has electrodes inside a headband and a simple controller for increasing the current’s intensity. It’s feature poor, doesn’t cost a lot of money ($49.99) and works well for introducing people to the idea of adding a little external, non-chemical charge. For himself, Mr. Oxley said that he likes to start his day with a Go Flow session to help him stay on task.

But focusing on a simpler product doesn’t exactly mean that the company is turning away from the brain’s weirder terrains. It already shows on the website that it has an EEG device coming (what laymen call “brainwaves,” the frequencies our brains generate when they enter different states. The Observer has previously reported on startups using EEG to help guide people to performance-enhancing brain states). Mr. Oxley said he wants to Foc.us users to see measurable results in their mental state after a treatment.

EEG, at this point, is old news among biohackers. Much more intriguingly, Mr. Oxley said we can also look forward to what he’s currently calling its “Brain Cam.” Using near-infrared spectroscopy, he believes the Brain Cam will be capable of passing invisible light through your skull, reaching your brain and bouncing back out. By measuring what comes back, the device should be able to show people what’s going on inside their skull, whether they send juice through or not.

The scientific data may not be systematized enough yet that researchers can agree on what TDCS really does, but it’s worth noting here that the next two devices one of the leading entrepreneurs in the field wants to sell are measuring devices. In other words, Mr. Oxley is creating tools with which his customers can assess whether his products are succeeding.

Between investor interest and new products for self-assessment, this baby field is toddling on its newfound feet. As TDCS goes from DIY projects to mass manufactured products, the practice of applying low voltage to your heads is looking less like hacker curiosity and more like a nascent industry. 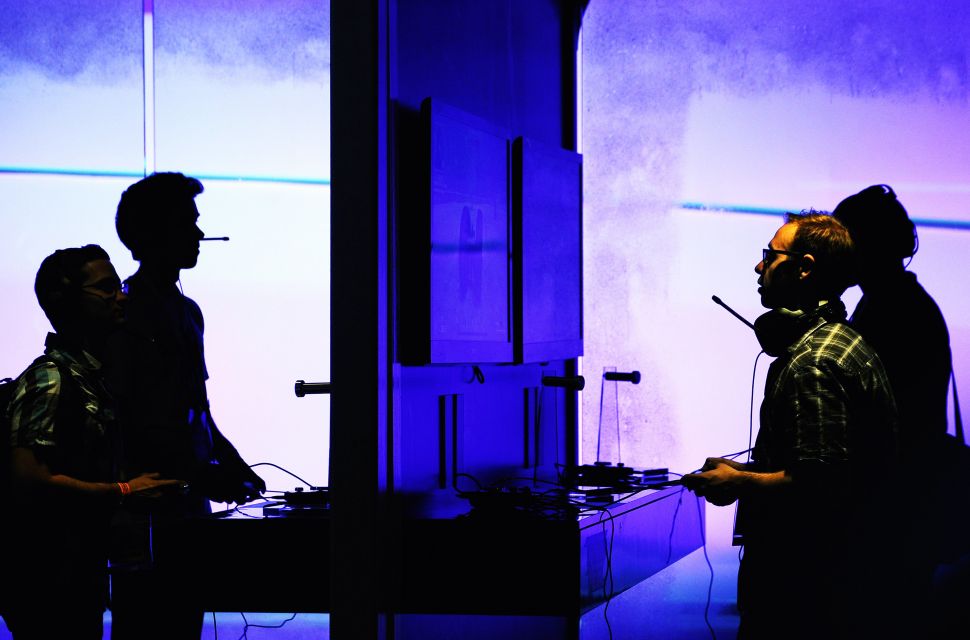