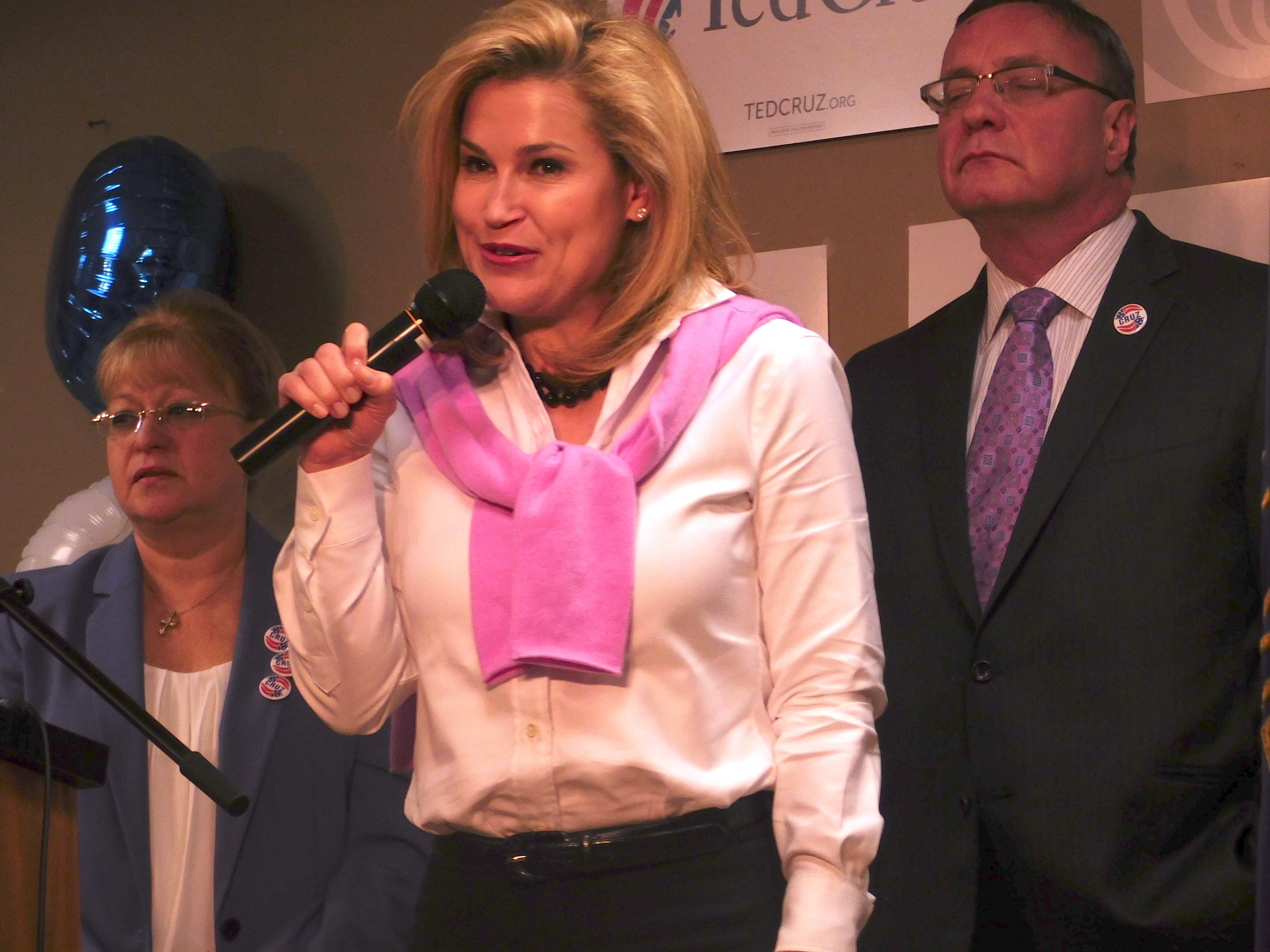 Heidi Cruz at an event in Wayne.

The first stop of her Wednesday three-city tour NJ—which also includes stops in Medford and Freehold—was an event at a firehouse in Wayne where she encouraged would-be Cruz primary voters to volunteer for the campaign, join the “grassroots army” and push Cruz to victory in New Jersey’s June 7 presidential primary. 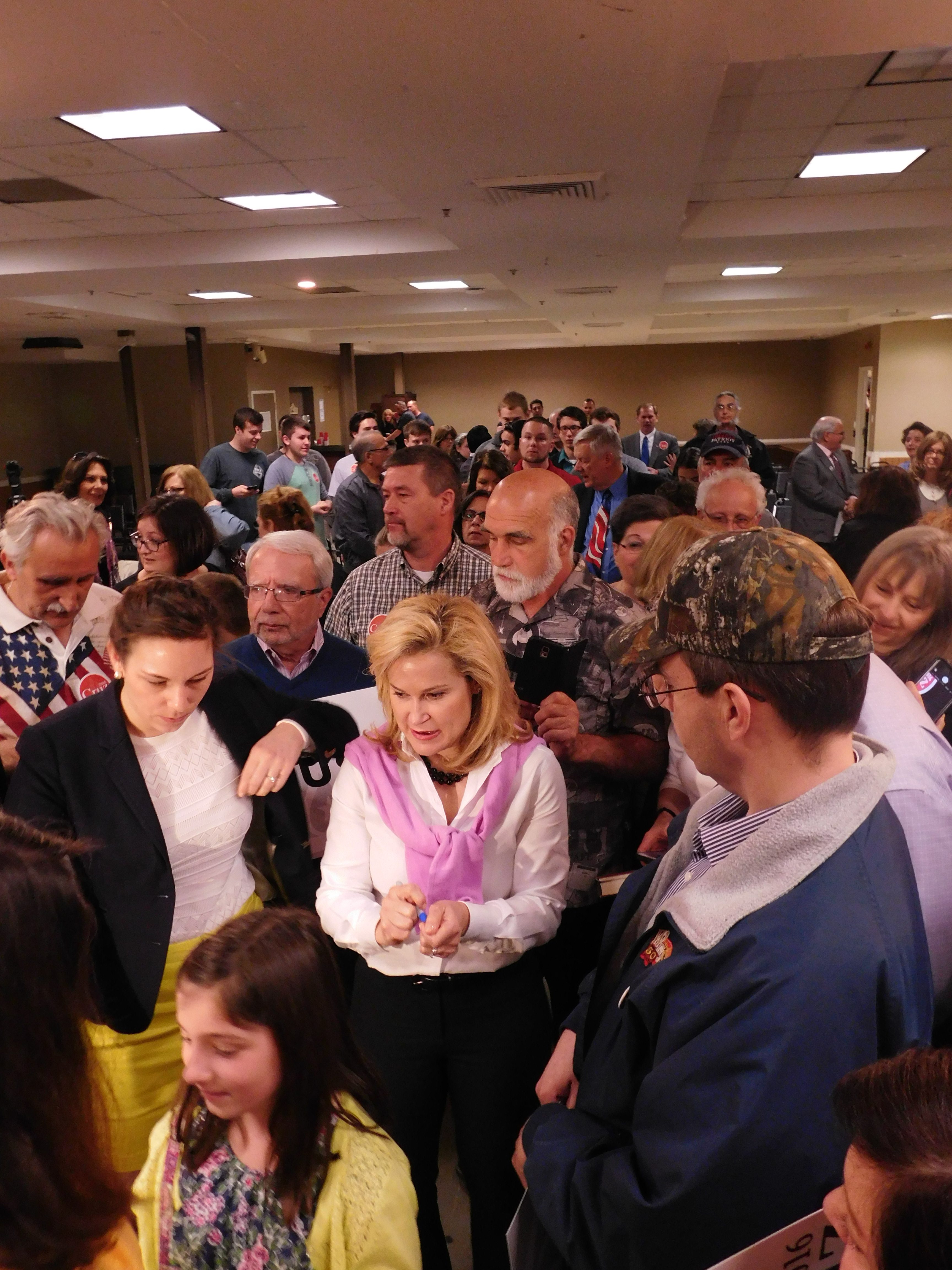 “We have seven weeks to educate New Jersey voters about who Ted Cruz is,” Heidi Cruz told the crowd of supporters. “The way that we do that is through you. Ted often says that he can’t win this election but we can if we bind together.”

According to Mrs. Cruz, “true conservative” policies need to reenter American politics in order to ensure the future for groups she feels Democrats have left behind. She specifically mentioned members of the African American community, single mothers and working people, claiming that the top one percent of earners have benefited unfairly from low interest rates and have “crushed” small business owners.

“The policies of the left do not work,” Cruz said. “Think about everything president Obama has promised and we have seen the opposite.”

“You are working hard to elect someone who is more than capable… who has a firm grasp on the principles we all believe in,” she said.

New Jersey for Ted Cruz campaign chairman Steve Lonegan also spoke at the event. He sang the Senator’s praises and claimed that since Trump was expected to come out victorious in his home state of New York (where he secured 89 delegates on Tuesday), the fact that Cruz picked up no delegates in New York was not an issue. Like Cruz’s wife, Lonegan encouraged attendees to volunteer for Cruz as New Jersey’s primary draws nearer.

Heidi Cruz’s decision to campaign for her husband in New Jersey demonstrates the unusual relevance the state will hold in the presidential race. Usually, the nomination is locked up by the time the June primaries roll around, leaving New Jersey in a state of irrelevancy when it comes to picking the nominee. This year, however, Cruz and Ohio Governor John Kasich have said that they plan to battle Trump all the way to the July convention in Ohio, meaning that New Jersey’s 51 delegates may make a difference, especially since the state is winner-take-all for Republicans.

In her remarks, Cruz encouraged attendees to spread the word about Cruz’s candidacy to fellow New Jerseyans in order to ensure that when the primary in New Jersey comes around, “you will have 51 delegates for Ted Cruz.” 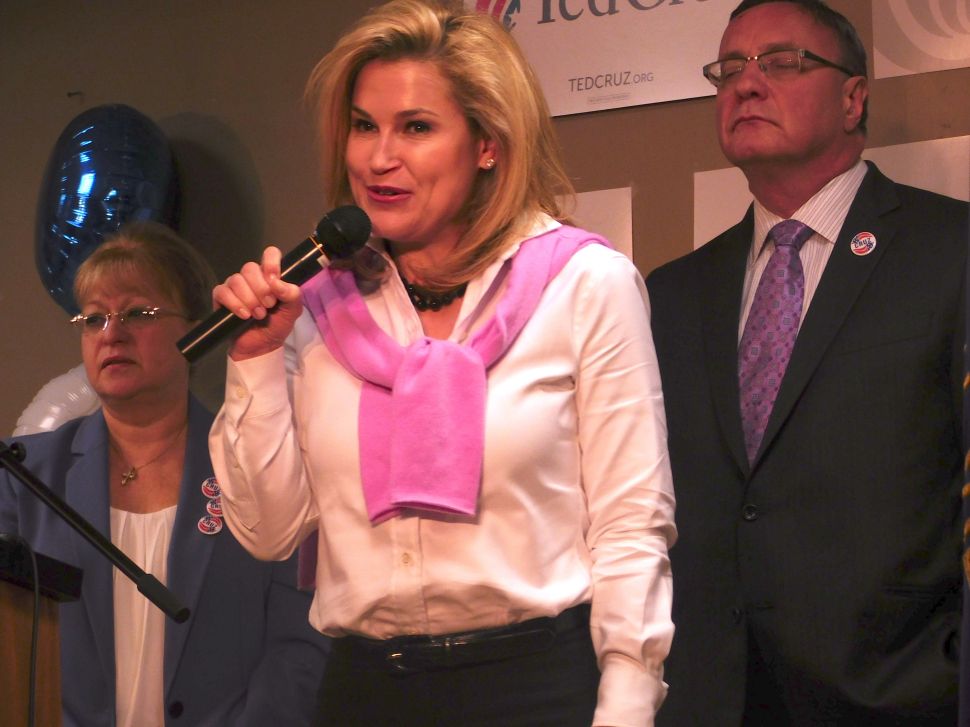