Watching this year’s presidential nomination process from Australia has been a very interesting affair. I can’t say I’ve followed every single speech or piece of news, but I’ve certainly kept abreast of what is going on and have seen plenty of articles and commentary from people on my feed putting their opinions forward. What interests me the most are the people and media pundits who emphatically denounce Bernie Sanders and his supporters. The reasons all generally boil down to the fact that he is the reincarnation of Karl Marx and he wants to turn the U.S. into a communist state. That he is so far left of centre that he’s basically off the chart.

For those people, here’s a reality check.

Around the rest of the world, Mr. Sanders represents a point on the political spectrum that is mildly left of centre. His “wacky” ideas of free (and we’ll get to that term a bit later) education, free healthcare, regulating banks and corporations and so on are all actually staple ideas of many of the happiest and most prosperous countries in the world. Don’t believe me? Take a look at the happiest countries in the world index for 2016. The U.S. doesn’t make the top 10—but almost every single country that does has the kind of policies Mr. Sanders is promoting at some level. Looking at the other candidates, Hillary Clinton would in most countries be considered right of centre, not left. Donald and Ted? Man, those guys are so far right of centre you couldn’t plot where they exist—they’re pretty much off the spectrum.

But back to Bernie. Throughout the nomination process, Bernie’s critics always seem to be asking the wrong questions. The most common one I see is “how is he going to pay for all of this?” This question misses the point entirely. Even if economists say that he can’t, does that really invalidate everything he’s aiming to achieve? If he can’t pay for all of it and the only thing that actually gets passed is universal college education and a reinstatement of Glass-Steagall, is that such a horrible thing? Why does it have to be so all or nothing? That’s why it also baffles me when people say that they don’t want the kind of revolution Mr. Sanders is pushing—the reality is that even if he is swept to victory, the amount of change he’ll actually be able to implement won’t be half of what he wants to do.

No wonder Gallup polling shows over 85 percent of you are disengaged and miserable at your jobs.

The other elephant in the room is that the current political status quo is to spend over half a trillion dollars per year on the military. So you’re against universal health care or college education because you don’t think it can be paid for, but you’re happy for your government to spend that amount of money on your military when the last time you actually had to defend yourselves was over two centuries ago? When you’re willing to sacrifice so many of the best parts of a socialist democracy in order to fund a military juggernaut that has to go out looking for things to shoot, your priorities are ridiculously lopsided. The War on Terror started with over 3,000 people being killed in a terrorist attack on your own soil. It has since cost the U.S. over 5 trillion dollars—money that could have been used to save far more lives than were lost in the first place, if they had been provided with adequate health care.

The other nonsensical argument I often hear is that government needs to be smaller, and Bernie will make it bigger by running all these programs. First of all, more government programs means more jobs for people. Considering government jobs usually come with pretty decent conditions, that’s undoubtedly a good thing, because from where we sit, your working conditions are some of the worst in the developed world. No days paid vacation in your first year? Only a week per year after that, and that’s assuming your boss even lets you go on vacation. Jesus, no wonder Gallup polling shows over 85 percent of you are disengaged and miserable at your jobs. But hey, as long as you can afford a Cadillac (if you can afford a Cadillac), it’s all good.

Here’s the big thing about Bernie that makes so much sense to the rest of the world, but not to a lot of you. Our earliest ancestors formed tribes so we could hunt more efficiently and protect one another. We moved on to villages, then cities and finally nations for mutual benefit. We can do more together than alone, and when we band together we can put safety nets in place so if people are unlucky and get struck down, we can all help them back up. That way no one has to live in fear of losing out in the lottery of life. That’s what social democracy is, and those of us who live in them recognize that what we have is pretty damn great.

So when we talk about “free” healthcare, for example, we know it isn’t free and are happy to accept it. We recognize that the good of many outweighs the selfish wants of the individual. It’s easy to tell someone that if they want health care then they should pay for it, until you are the one that gets struck down by misfortune and has to pay through the nose because the government has privatized everything. We also recognize that, while it might be more difficult to reach the stratospheric heights of billionairdom here, it can be done with a lot of hard work. That extra work is worth it, because our society has a baseline standard of living provided by our government with our tax dollars.

All of this ignores the massive elephant in the room: that your corporations, banks and politicians have no qualms about being socialist when it suits them.

Do we still bitch that we’re paying too much in tax? Sure, who doesn’t? But most of us made peace with high taxation long ago because it means:

America likes to brand itself as “the land of opportunity,” but from elsewhere in the world, the cost of that opportunity is shockingly high. It looks more and more like the land of oligarchy, where those with privilege move higher and higher up more and more easily, and those below have to scramble with all their might, sacrificing everything and never making a bad decision to even have a shot at being upper middle class. And if you don’t get there? Well you shouldn’t have made that bad decision that one time, it’s your fault. Christ, even your poster boys for innovation and striking it rich—Mark Zuckerberg and Bill Gates—went to freaking Harvard. Land of opportunity, huh? Yeah, when the next Facebook is founded by a guy working out of a college dorm at Indiana State, you might be able to say that without irony.

You guys have lost so much since Reagan came to power. We fight to keep all our benefits—you should have heard the uproar a couple of years ago when our government tried to institute a fee of $5 to go to the doctor instead of it being for free. The government scrapped that idea very quickly. All of your benefits have already been given away so those at the very top can take a little bit more. I could scarcely believe my ears when I heard that your government repealed estate tax not long ago—because God forbid people inheriting huge sums of money should have to give some of that up for the good of society.

And all of this ignores the massive, massive elephant in the room: that your corporations, banks and politicians have no qualms about being socialist when it suits them. They’ll happily put their hands out for subsidies that they don’t need to make billions more that won’t be taxed—or when they tank your economy and the rest of the world’s economy they’ll complain that they’re too big to fail before taking all your hard earned money. None of them went to jail or even attracted regulation from the establishment politicians. Instead, they just got more money to continue as before.

And yet, so many of you continue to engage in pointless arguments over why your taxes should pay for healthcare, university and other social goods, when they are already paying for those at the top to continue polluting and disrupting the economy.

SEE ALSO: IN THE AGE OF TALIA JANE, MILLENNIALS AREN’T THE PROBLEM

Peter Ross deconstructs the psychology and philosophy of the business world, careers and every day life. You can follow him on Twitter @prometheandrive. He lives in Australia. 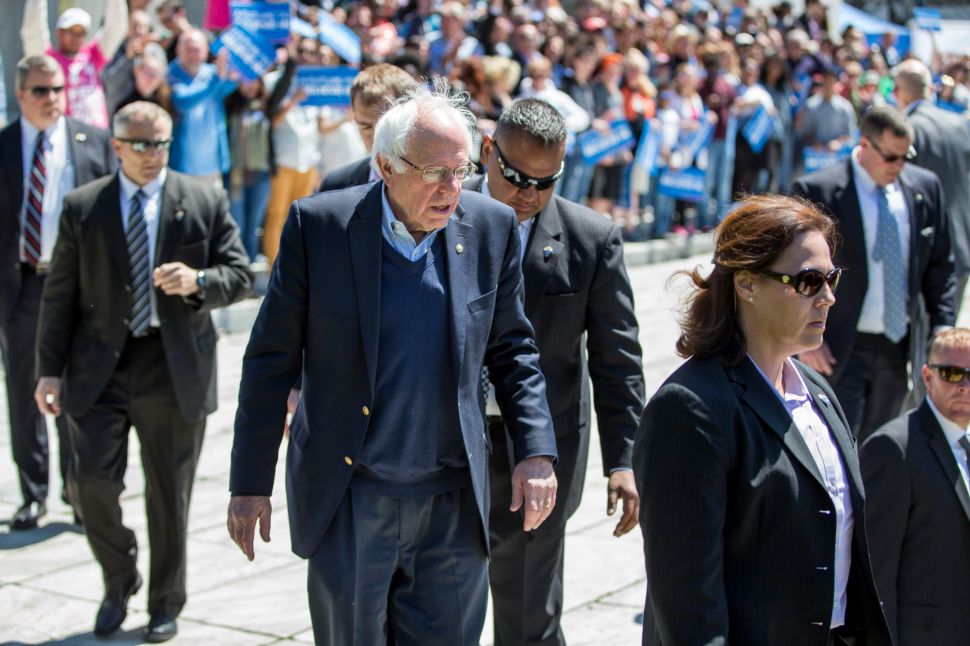