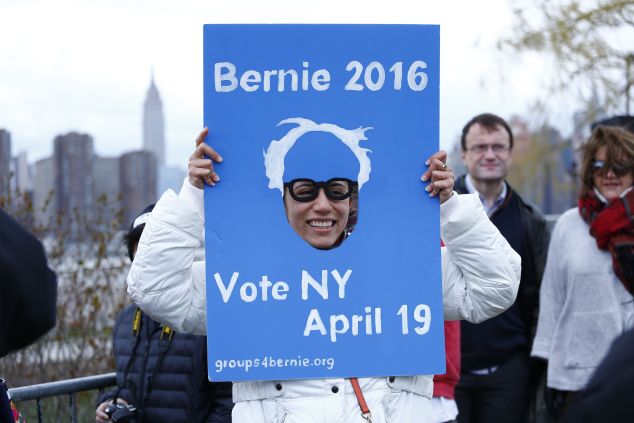 An enthusiastic Sanders supporter feels the Bern prior to a Sanders rally in New York on April 8. Photo by Kena Betancur/AFP/Getty Images

The contours of today’s political landscape are rooted in 2009. Think back to when the Republican base developed legs and snarled their way out of the muck. Remember how we Democrats looked at the Tea Party at first?  Snidely and dismissively. It was the angry, red face of an angry red base, hate-fueled politics masked in stale policy, mixed with authoritarian purity and lame accessories.

Not us, we said. As a party, we Democrats have diversity of opinion but also broad consensus, we said. Back then there was room for different ideas placed in orderly profusion along a left-tilting spectrum. In general, we were unified. We were certainly a united front when President Obama was subjected to the beginnings of what would become seven-years-and-counting of merciless attacks from the right.

Unfortunately, that’s all in the past. Welcome to Sanders World—it’s our own version of the Tea Party. It’s like a perverse funhouse mirror held up to cable news and talk radio. But its final phase is unfolding in the run up to the Democratic presidential primary in New York.

Our very own Tea Party has the same formless sense of rage and entitlement as the one on the right, the same disinterest in facts, willful ignorance of hypocrisy and core belief that compromise is the same as treason. Like the one on the right, it has chosen an election as its vehicle, and its campaign tone is set by the same frothing Pharisees who demand purity or political death. And like the angry horde on the right, it’s a hollow husk—its members simply don’t see that campaigning is very different from governing. And what’s worse? Its rank-and-file don’t want to know.

It’s a world in which if you aren’t my best friend, you are my sworn enemy. Where lust for ideology and a cult of personality rule and followers are ignorant of the occasional vicissitudes of governing. Where half-baked rumors are accepted and even cherished, and where the other side’s talking points are ignorantly and gleefully redeployed as friendly fire. It’s a world where Rachel Maddow and Paul Krugman’s liberal cred is derided as insufficient, and where elected officials who have decades-long track records of meaningful progressive policymaking are sneered at as corporate stooges—and where Hollywood starlets explain to Dolores Huerta about what activism REALLY looks like.

And in this bizarre world, a campaign that has no realistic path to victory has changed direction and is speeding along the lowest road of politics. Sen. Bernie Sanders started this campaign as a happy warrior, fighting hard on some of the most valuable issues that we face as a nation. Not the least of those issues is the corrosive force of money in politics. Mr. Sanders was both righteous and right-on to crusade against a system that’s swayed by dollars and in thrall to corporate culture. Yes, yes, and yes again. There is no questioning the foundational values that he’s inserted forcefully into the national debate, and I salute him for it. He’s been right all along in that respect. Yet, I ask: What’s his plan to get the political system out from under Citizens United?

But recently he’s taken a nasty turn. It’s been aided and abetted by his consultants, his surrogates and his supporters, but, after all, direction comes from the top. Over the past few days, his campaign has claimed that Hillary Clinton isn’t qualified to be President, is to blame for ISIS and that she’s “too ambitious.” Yes, it’s a throw-the-kitchen-sink strategy. But it’s also a burn-the-house, salt-the-field, poison-the-well strategy. It’s a Tea Party strategy that smacks of desperate destructiveness. But you know what else? Campaigns that are on an upward trajectory don’t go so negative.

You can’t succeed or deliver on anger alone. 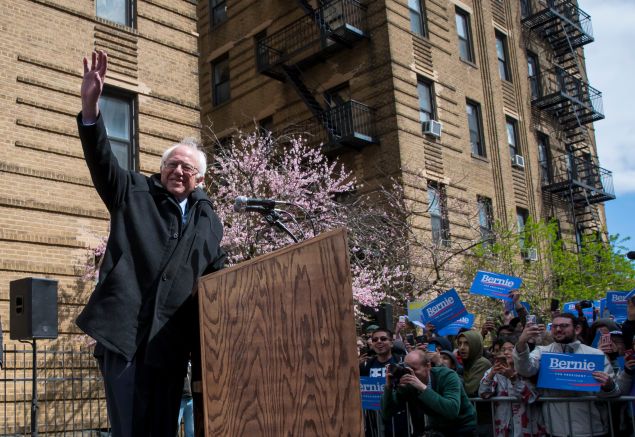 Sen. Bernie Sanders holds a rally outside his childhood home in Flatbush, Brooklyn, on April 8. Photo by Eric Thayer/Getty Images

Despite the negativity, however, he’s had some very good weeks in terms of notching important wins. Yet, I feel his run is about to come to a screeching halt on April 19. Here’s the catch: Mr. Sanders, unlike Ms. Clinton, has never been truly vetted. And the next week or so is going to amount to a seven-day New York Minute. See, New York has the toughest press corps in the country, if not in the world. They don’t take talking points, spin or narratives as fact, and they don’t, most of all, suffer fools gladly. They don’t write their stories off of a press release. New York separates the wheat from the chaff. Mr. Sanders will have to answer tough questions on guns, the economy, jobs, the campaign donations he’s accepted—and how he would turn his ideas into reality in Washington.

Because in New York, unlike in Sanders World, Wall Street is not simply the Tea Party caricature of Monty-Burns-like financial overlords. It’s our state’s tax base. It pays for us to be a progressive bastion and our city to be a deep-blue city—just ask progressive stalwarts like Gov. Andrew Cuomo, Mayor Bill de Blasio and Council Speaker Melissa Mark-Viverito—and it ensures that we are a liberal beacon. Also? This is New York. We were attacked not just on 9/11 but by Hurricane Sandy and—let’s go back in history—by AIDS, crack, and persistent education and housing crises. You have a plan to help us, Mr. Sanders? If not? Better bone up fast. You’d better have answers on security, resilience, fixing our broken school system and how every American can find a place to live and thrive. And a simple stump speech won’t cut it here, as your mortifying interview with the Daily News editorial board proved. You’ll need to be thoughtful, substantive, and go deep. Tell us how you’ll get it done. We know you were born and raised in Brooklyn, but remember: Ms. Clinton has already passed muster here years ago, because she showed she could deliver. She’s passed our rigorous, unsparing test.

You ready, big guy? It’s go-time. To quote President Andrew Shepard: “We’ve got serious problems, and we need serious people.” It can’t be just a protest anymore. You can’t succeed or deliver on anger alone. We don’t celebrate your Tea Party here. 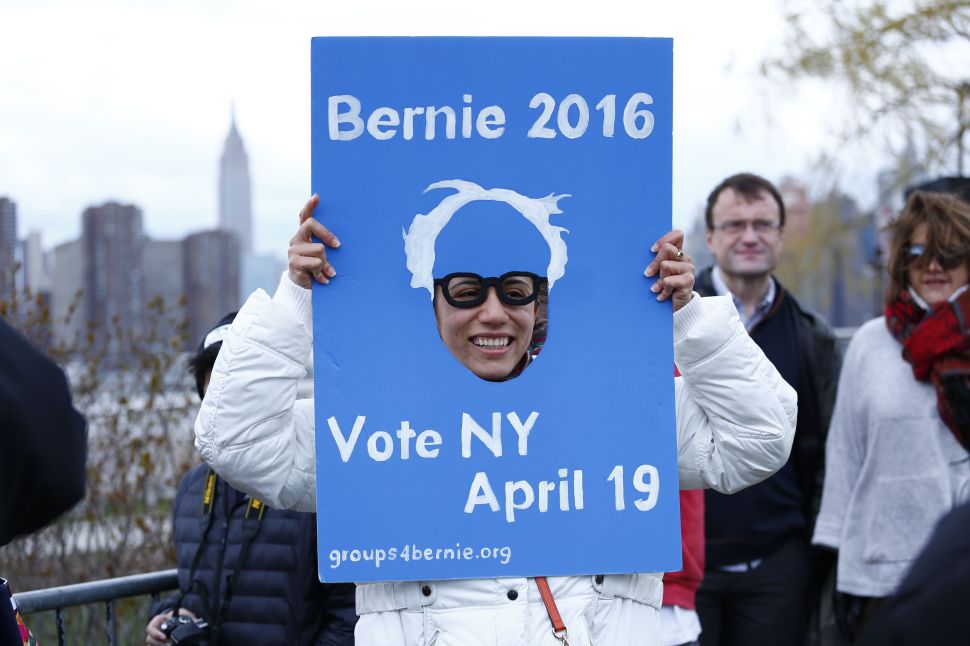