In using the Prince song “Let’s Go Crazy” at a campaign rally in Pennsylvania, Hillary Clinton shamelessly disrespected the legacy of the great musical artist, who died last week at his Paisley Park estate in Minnesota.

“You think of him as being almost eternal,” Ms. Clinton told Philadelphia radio station WDAS-FM. “I mean, he was a bigger-than-life personality. He was not only a songwriter and a singer but literally a one-man band. He was such a great showman. I just was so, so sad.”

If Ms. Clinton and her campaign were true fans of Prince, they would know he would never have approved playing his song at any campaign rally—because Prince was firmly and compulsively against the commercialization of music.

Maintaining ownership of his work was important to Prince throughout his career, and he often pushed back against the music industry’s commercialized and profit-driven system. Very little of his music was available on YouTube prior to the artist’s death, and he removed most of his albums from other streaming services as well.

Prince was known for banning the use of cell phones and cameras at his shows, and in 2007, when Stephanie Lentz posted a 29-second video of her children dancing to “Let’s Go Crazy,” Prince’s record label issued a takedown. The same year, Prince fought with YouTube, eBay and three fan websites to have everything associated with him removed.

“The internet’s completely over. I don’t see why I should give my new music to iTunes or anyone else,” he told Mirror in a 2010 interview. “They won’t pay me an advance for it, and then they get angry when they can’t get it.”

His stand against commercialism in the music industry is reflected in his lyrics. “How can a non-musician discuss the future of music from anything other than a consumer point of view?” Prince asked in “2045 Radical Man.” “These people make decisions for the bulk of us without consulting any of us. Sales and distributions of our futures. If this world were fair and right they’d give up the car keys this very night.”

His songs were outspoken against corruption in government and politics. “Upload: a 2-party system. The lesser of two dangers. Illusion of choice,” he sang in “Colonized Mind.”  “Download: a veiled form of fascism. Nothing really ever changes, you never had a voice.” These lyrics embody the disenfranchisement of Bernie Sanders’ supporters, who feel the Democratic establishment and the mainstream media put on a coronation for Ms. Clinton to become the Democratic Presidential nominee—blacking out Mr. Sanders in the media and from super delegate endorsements.

The decision by Ms. Clinton’s team to appropriate a Prince song for a campaign rally is viewed by her critics as just another pandering ploy to garner support from voters. Her presidential campaign has been filled with publicity stunts that have backfired. In her latest move, Ms. Clinton is reaffirming the suspicion held by millions of American voters: She is willing to do and say anything to get elected—even if it means exploiting the recent death of a musical legend. 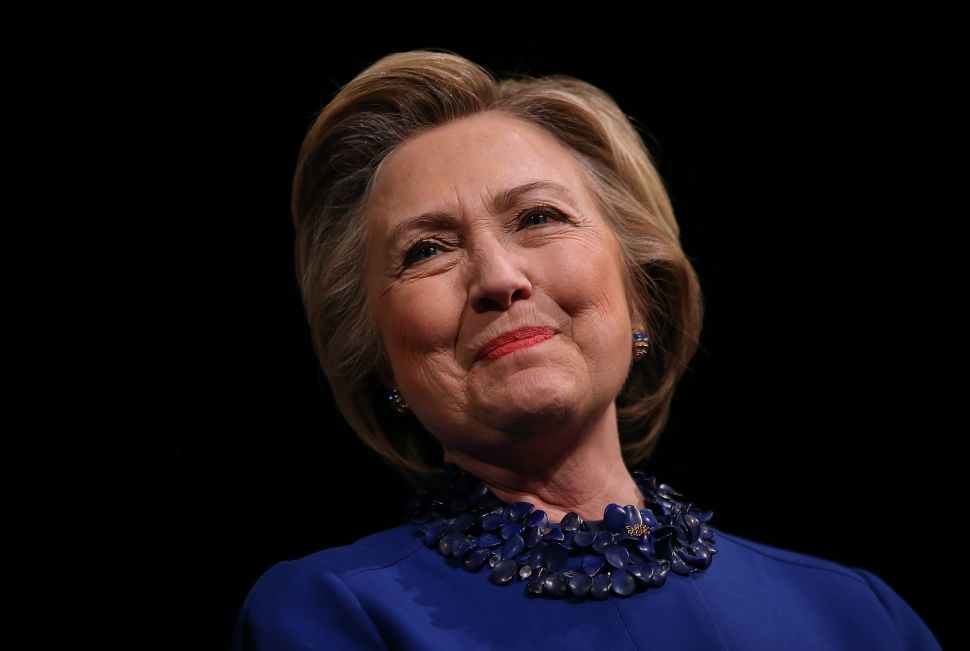