Republicans are often portrayed as abortion extremists, and in a lot of the laws they introduce, the charge might stand.

For instance, whenever Republicans introduce a bill trying to ban abortions past a certain point in the pregnancy but leave out commonly accepted exemptions like health of the mother, rape and incest, they appear not only extremist but also dumb. Always include those exemptions guys—no matter what else the bill is doing.

But while Donald Trump really stepped in it when it comes to the abortion issue leading up to the Wisconsin primary, former Secretary of State Hillary Clinton contributed her own bone-headed response on the issue shortly after. As voters prepared to head to Wisconsin to vote for who would be their party’s presidential candidate, Ms. Clinton appeared on NBC’s Meet the Press to talk to host Chuck Todd.

Mr. Todd, in a move wholly uncharacteristic of the mainstream media, asked Ms. Clinton “when, or if, does an unborn child have constitutional rights?”

Ms. Clinton responded by saying “under our laws currently, that is not something that exists.”

She added: “The unborn person doesn’t have constitutional rights. Now, that doesn’t mean that we don’t do everything we possibly can in the vast majority of instances to, you know, help a mother who is carrying a child and wants to make sure that child will be healthy, to have appropriate medical support.”

Further, she said the lack of constitutional rights doesn’t mean “you don’t do everything possible to try to fulfill your obligations, but it does not include sacrificing the woman’s right to make decisions.”

It’s this kind of a conundrum that leads supporters of pro-choice to refer to babies in the womb as “fetuses” or “clump of cells.” But here, Ms. Clinton used the term “unborn person” and “child,” indicating that what is in the womb is more than just tissue. So on the one hand she is using language that suggests she believes what is in the womb is, in fact a person, while at the same time suggesting that “person” has no rights.

This also brings up the question of when the unborn person does have rights, according to Ms. Clinton. Roe v. Wade and subsequent court decisions made abortion legal until fetal viability. This is why 43 states ban abortion (with some exceptions) past a certain point in the pregnancy.

So if Ms. Clinton is suggesting that it is okay to abort up until birth, she is wildly out of line with the American people and most state’s current laws. Yet she will not be forced to follow up her comments and expand on them or explain them away.

Mr. Trump’s comments on abortion were also extreme. He suggested women who have abortions be punished if the procedure was banned. This is something with which even pro-life groups disagree, and they called Mr. Trump out. So Mr. Trump changed his position, saying the “issue is unclear” and should be left up to the states. After more criticism, he changed his position again, this time saying the “woman is a victim” and that hospitals should be the ones punished if the procedure were illegal.

Mr. Trump’s initial views were extreme, and he walked them back multiple times within hours. Ms. Clinton, however, was free to show her own extremism without any need for correction. And it is unlikely she will be asked about the issue again by the mainstream press. 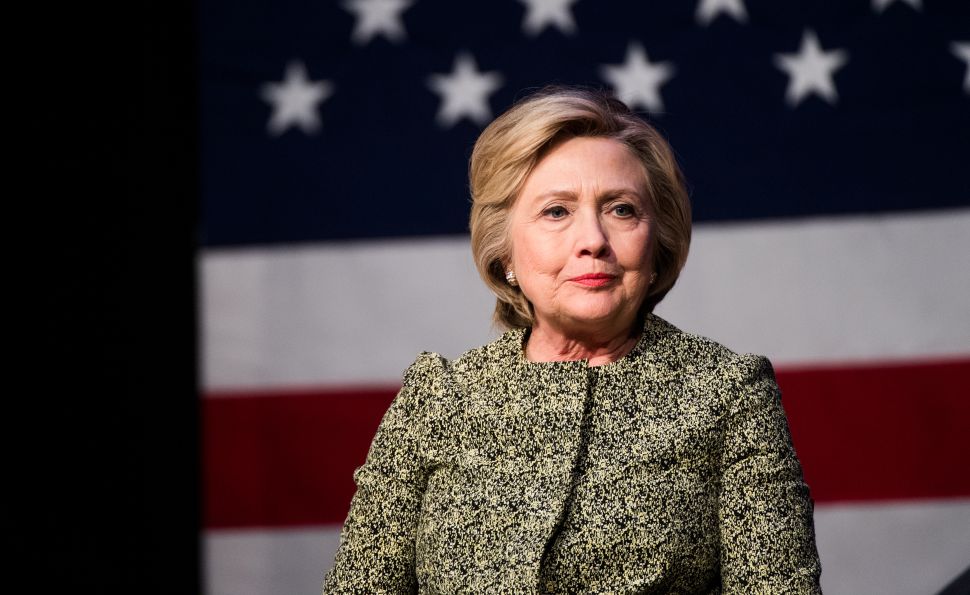