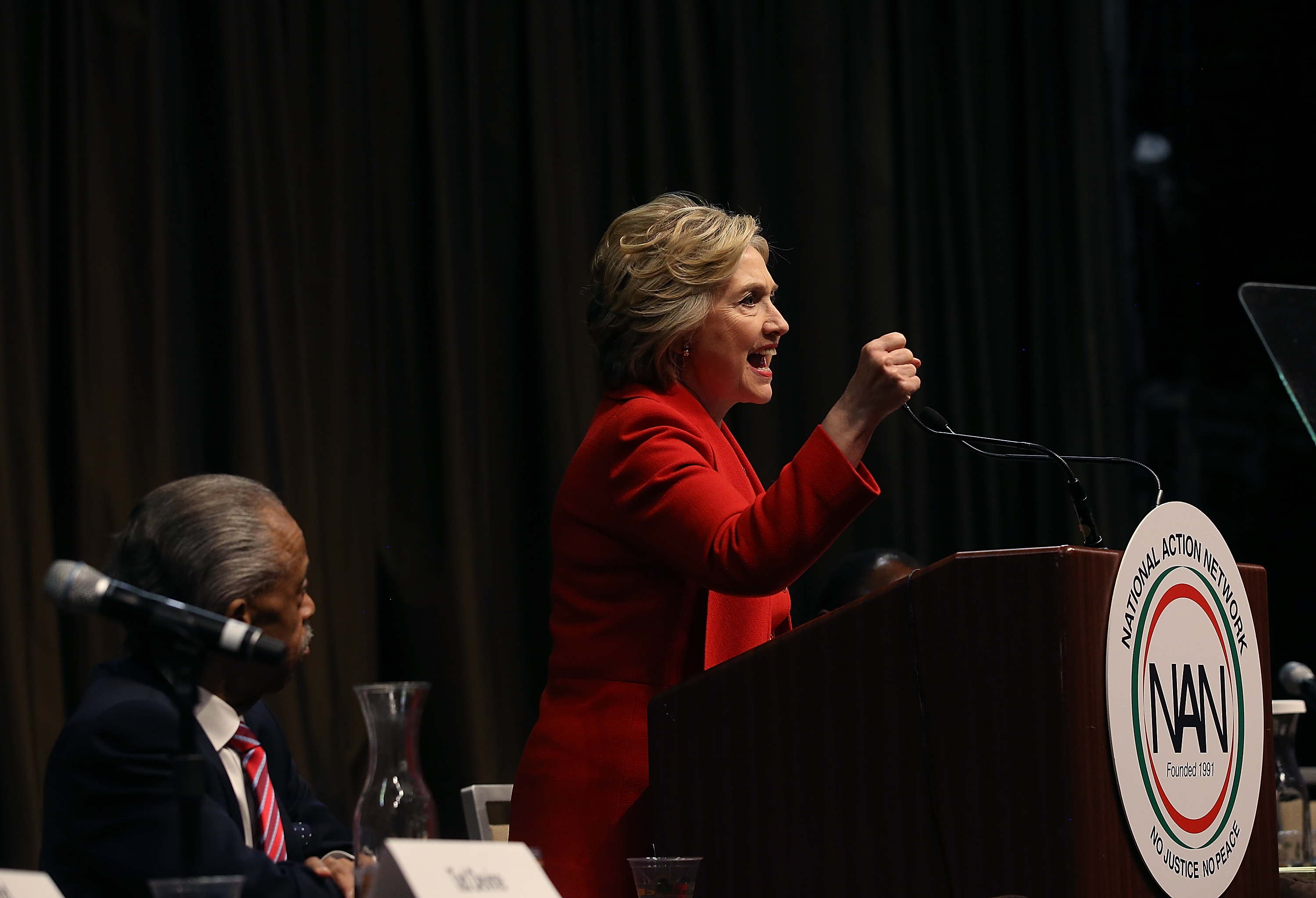 Hillary Clinton gave a sprawling speech today at the national convention of Rev. Al Sharpton’s National Action Network—seeking to frame herself as the only candidate truly committed to the issues that matter to Americans of color.

“If we’re gonna ask African Americans to vote for us we cannot take you or your vote for granted,” Ms. Clinton, the former secretary of state and Democratic front-runner, said. “We can’t just show up at election time and say the right things and think that that’s enough. We can’t start building relationships a few weeks before a vote.”

That seemed a clear reference to the man Ms. Clinton is set to face in a Democratic primary here in New York next week: Vermont Sen. Bernie Sanders, who hails from a state that is overwhelmingly white and rural. Mr. Sanders, a democratic socialist running to the left of Ms. Clinton, has sought to strengthen his ties with black voters, who have buoyed Ms. Clinton’s campaign thus far.

Ms. Clinton said Democrats in particular need to focus on issues like gun violence, environmental justice and police reform “not just every two or four years, not just when the cameras are on and the people are watching—but every single day.”

“I have worked on these causes all my adult life,” Ms. Clinton said, to rising cheers, “I am gonna keep going at it no matter what.”

While Ms. Clinton’s been popular with black voters, her appeal to them in this campaign hasn’t been without fits and starts. In recent weeks, as she has targeted mass incarceration of blacks and Latinos, she’s also faced questions about the role her husband’s 1994 crime bill played in putting people behind bars and her comments about “super-predators” from the time the bill passed. President Bill Clinton has faced those questions as well, leading to an uncomfortable interaction with Black Lives Matter protesters last week.

But Ms. Clinton’s remarks at the convention began with polite applause and gradually seemed to win the crowd over as she spoke with passion about black men killed by police and black children poisoned by lead, and called for white Americans to “recognize our privilege and practice humility, rather than assume that our experiences are everyone else’s experiences.”

By the time she was finished, Ms. Clinton earned a mostly standing ovation. Mr. Sharpton, picking up on the reaction from the crowd and Ms. Clinton’s cadence, took the podium after she was done and proclaimed: “Reverend Hillary Clinton!”

Of course, Ms. Clinton didn’t try only to differentiate herself from Mr. Sanders: there are also her potential Republican challengers, Donald Trump and Texas Sen. Ted Cruz.

Mr. Trump, she reminded the crowd, “led the insidious birther movement to delegitimize President Obama” and “wants to ban all Muslims from entering the United States, and the list goes on.” Ted Cruz, meanwhile, “would treat Muslim Americans like criminals,” she said.

“Ugly currents that lurk just below the surface of our politics have burst into the open, and everyone sees this bigotry for what it is,” Ms. Clinton said. “Therefore it is up to all of us to repudiate it.”

Mr. Sanders will speak to the National Action Network tomorrow. 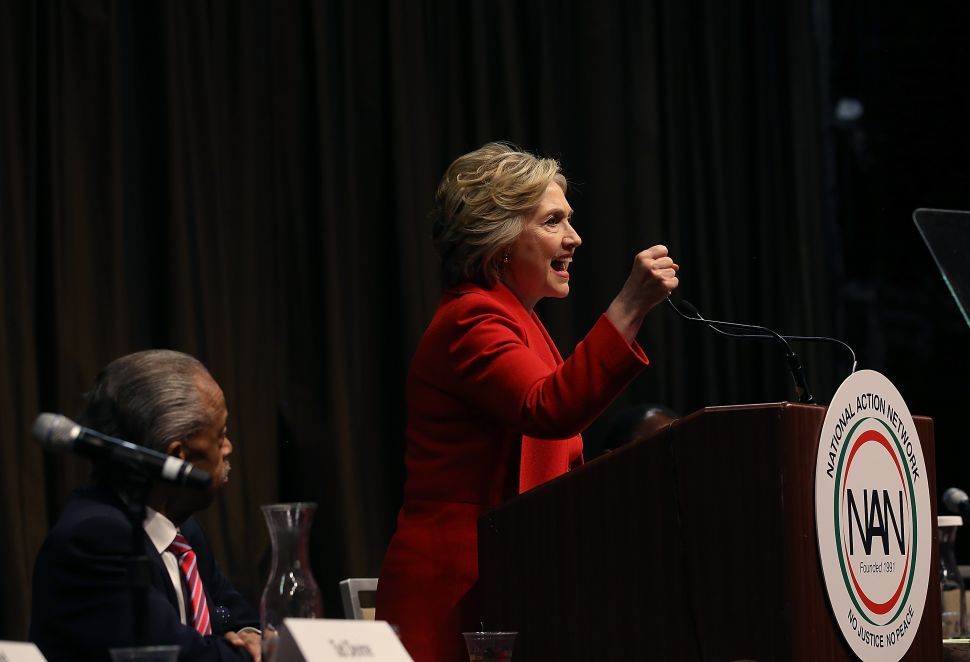