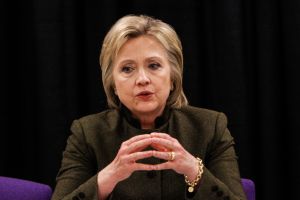 Ted Cruz’s decisive victory in Wisconsin last week has made a brokered Republican convention a mathematical likelihood. That possibility has highlighted the tensions within the Republican Party and raised questions about what the GOP will look like in the future and whether it will be badly damaged by this strange and ugly primary campaign. The state of the Republican Party has partially obscured that regardless of the outcome of this nominating season, the Democratic Party is facing a similarly difficult future, and not just because some supporters of Bernie Sanders might stay home in November.

The Democratic primary appears to be dividing the Obama coalition neatly down the middle with young, largely white, progressives on one side and people of color on the other. All primaries divide voters into different camps, but the divisions this year could endure because of the ideological break with the Democrats past for which Mr. Sanders is calling. This can be seen through two trends that have emerged in the Democratic primary. First, large segments of the party’s base, skewing younger and whiter, have moved significantly to the left of the party establishment. Hillary Clinton, despite her slow drift leftward over the last year, is simply too far to the right for those voters. This, along with the decades of Clinton scandals, have fueled the impressive run by Bernie Sanders.

The second trend is more significant. The politics and personality of Bernie Sanders that has so electrified many young Democratic and independent voters has not resonated with many voters of color. It is possible to attribute Hillary Clinton’s extraordinary success with African American voters to her surname and her husband’s popularity, but the speed with which those same voters abandoned Ms. Clinton in 2008 indicate that African American voters are not quite that wedded to the family brand. It is more difficult to determine whether Mr. Sanders has done so poorly among those voters because he has not worked hard enough in African American communities, particularly in the years leading up to this campaign, or because there is something about his message that does not interest non-white voters.

Obviously, it is better for the party if it is the former reason, but the possibility that it is the latter cannot be ruled out entirely. While young white voters see themselves as on the cutting edge of a political revolution, African American voters, particularly those of a certain age, may view the situation somewhat differently. Many see a candidate who implicitly sees race as important, but secondary to broad economic problems and who has not spent enough time working with and among African Americans. This may or may not be a fair characterization of Sanders, or his supporters, but perceptions matter. Similarly, For African Americans who have worked hard to win positions of influence within the Democratic Party, attacks on the Democratic establishment feel like attacks on them. 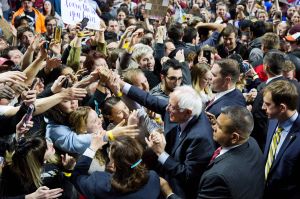 Bernie Sanders greets supporters at a rally at Temple University in Philadelphia on April 6. Photo by Dominick Reuter/AFP/Getty Images

Many Sanders supporters have raised the question of how the Democrats can win, and what message it sends to young and independent voters, if they nominate Ms. Clinton after she struggles to the delegate finish line with a few narrow wins and many losses in the remaining states. This is an important question, but on he flip side how can the Democratic Party nominate somebody who has been unable to win any significant nonwhite support? The Democratic Party has always been an unwieldy coalition, but anybody with a sense of demographics, politics or history, knows that choosing the candidate of the young white lefties over the candidate supported by huge majorities of, in particular, African Americans, could devastate the Democratic Party. This division could be a temporary result of the dynamics of this particular race, but if it isn’t the Democrats will have a major problem on their hands.

A further rift in the Democratic Party could emerge because, while Mr. Sanders has rather extraordinarily made socialism, for the first time in this country, an acceptable idea to a good chunk of the electorate, there are still many within the Democratic Party, regardless of age or race, who are not as far to the left. If the Democratic Party is taken over by far-left-leaning Sanders supporters, centrist Democrats could find themselves pushed out of the party that has been their ideological home since at least the early days of the Cold War. Without those voters, the Democrats will be a much weaker party.

This, however, seems to be the direction in which the Democratic Party is going. While Hillary Clinton will likely be the nominee this year, anybody running for the Democratic nomination in four or eight years will have to reckon with the Sanders voters. Although Ms. Clinton has many supporters among the party leadership, there are not too many Democrats competing to be the spiritual or ideological heirs to the Clintons. Hillary Clinton represents the last hurrah for the center right policies, although not on social issues, of the more conservative wing of the party, but she also very clearly represents the past of the Democratic Party.

The Democrats could easily end up moving too far left in 2020 or so, a mistake that would be compounded if, for any reason, the progressive candidate of 2020 alienates non-white voters as much as, for whatever reasons, Mr. Sanders has thus far in 2016. For the Democrats, this primary could be the harbinger of real division within the party going forward, but for now they can take some solace in being only the second most dysfunctional major political party in the U.S. 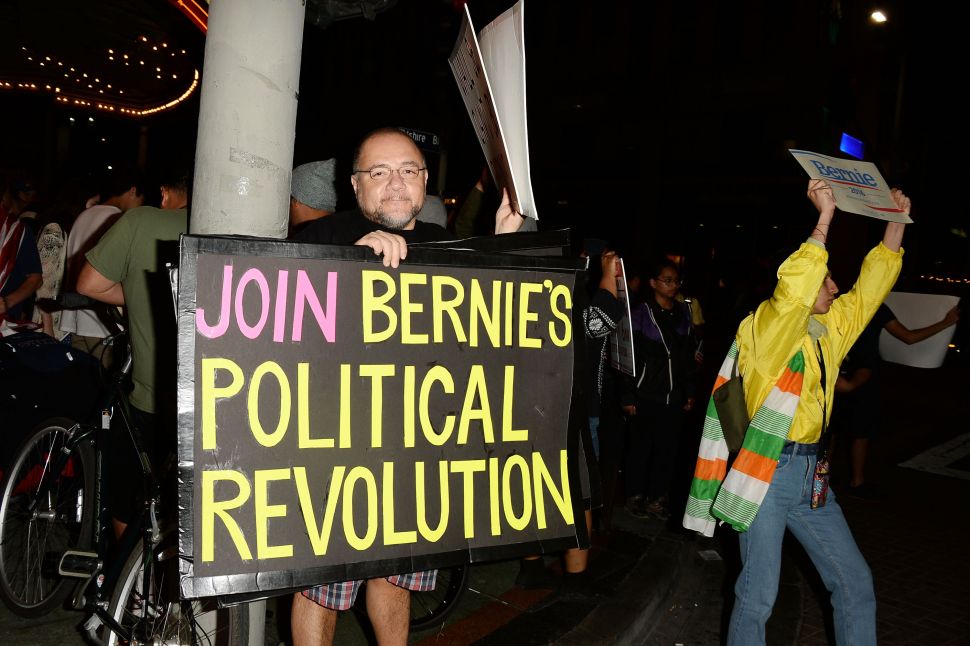