I want to discuss a popular TV show my wife and I have been binge-watching on Netflix. It’s the story of a family man, a man of science, a genius who fell in with the wrong crowd. He slowly descends into madness and desperation, lead by his own egotism. With one mishap after another, he becomes a monster. I’m talking, of course, about Friends and its tragic hero, Ross Geller.

You may see it as a comedy, but I cannot laugh with you. To me, Friends signals a harsh embrace of anti-intellectualism in America, where a gifted and intelligent man is persecuted by his idiot compatriots. And even if you see it from my point of view, it doesn’t matter. The constant barrage of laughter from the live studio audience will remind us that our own reactions are unnecessary, redundant.

The theme song itself is filled with foreboding, telling us that life is inherently deceptive, career pursuits are laughable, poverty is right around the corner, and oh yeah, your love life’s D.O.A. But you will always have the company of idiots. They will be there for you.

Maybe I should unpack this—for the uninitiated. If you remember the 1990s and early 2000s and you lived near a television set, then you remember Friends. Friends was the Thursday night primetime, “must see TV” event that featured the most likable ensemble ever assembled by a casting agent: all young, all middle class, all white, all straight, all attractive (but approachable), all morally and politically bland, and all equipped with easily digestible personas. Joey is the goofball. Chandler is the sarcastic one. Monica is obsessive-compulsive. Phoebe is the hippy. Rachel, hell, I don’t know—Rachel likes to shop. Then there was Ross. Ross was the intellectual and the romantic.

Eventually, the Friends audience — roughly 52.5 million people — turned on Ross. But the characters of the show were pitted against him from the beginning (consider episode 1, when Joey says of Ross, “This guy says hello, I wanna kill myself.”) In fact, any time Ross would say anything about his interests, his studies, his ideas, whenever he was mid-sentence, one of his “friends” was sure to groan and say how boring Ross was, how stupid it is to be smart and that nobody cares. Cue the laughter of the live studio audience. This gag went on, pretty much every episode, for 10 seasons. Can you blame Ross for going crazy?

And like a Greek tragedy, our hero is caught in a prophecy that cannot be avoided. The show’s producers, akin to the immutable voice of the gods, declared that Ross must end up with Rachel, the one who shops. Honestly, I think he could’ve done better.

Why such sympathy for Ross?

The show ended in 2004. The same year that Facebook began, the year that George W. Bush was re-elected to a second term, the year that reality television became a dominant force in pop culture, with American Idol starting an eight-year reign of terror as the No. 1 show in the U.S., the same year that Paris Hilton started her own “lifestyle brand” and released an autobiography. And Joey Tribbiani got a spinoff TV show. The year 2004 was when we completely gave up and embraced stupidity as a value. Just ask Green Day; their album American Idiot was released in 2004, and it won the Grammy for Best Rock Album. You can’t get more timely. The rejection of Ross marked the moment when much of America groaned, mid-sentence, at the voice of reason.

Yes, my theory is that Friends may have triggered the downfall of western civilization. You might think I’m crazy. But to quote Ross, “Oh, am I? Am I? Am I out of my mind? Am I losing my senses?” Did you know the song that originally accompanied the Friends pilot episode was R.E.M.’s “It’s the End of the World as We Know (And I Feel Fine).” A blissful song with an apocalyptic message that goes largely ignored.

I was a teacher in 2004. I coached our school’s chess club. I saw how my students were picked on, bullied. I tried my best to defend them, but I couldn’t be everywhere. My students were smart, huge nerds, and they were in hostile, unfriendly territory. Other students would be waiting outside my room to ambush the chess club members who met in my room every day at lunch. During my tenure as a teacher, I gained the reputation of being a slayer of bullies and defender of nerds. I promise you: Bullies can be mean, but they knew Mr. Hopkins was much worse.

Maybe intellectuals have always been persecuted and shoved in lockers, but something in my gut tells me we’re at a low point — where social media interaction has replaced genuine debate and political discourse, where politicians are judged by whether we’d want to have a beer with them, where scientific consensus is rejected, where scientific research is underfunded, where journalism is drowning in celebrity gossip.

I see Kim Kardashian’s ass at the top of CNN.com, and I am scared.

Maybe it’s all harmless fun. Like the good-spirited laughter of a live studio audience? Maybe. But I am sincerely worried we have not done enough to cultivate intellectual curiosity within our culture.

Fortunately, there’s a resistance forming. People with grit, who aren’t afraid to begin a sentence with “Did you know…” These are the Ross Gellers of the world. I saw them in my chess club. And I see them in my city, hiding at the art museum, crouching at used bookstores, exchanging sideways glances at the public libraries and coffee houses, and sneaking around at our schools, community colleges, and universities.

There was no hope for Ross. He went insane, and yeah, he did get annoying.

So, how do we retain our sanity in a dumb, dumb world? I wouldn’t be a good teacher if I didn’t come prepared with a few ideas.

No. 1: Read a fucking book. Something special happens when you set aside the inane distractions of modern culture and immerse yourself in a novel. You open yourself up to new ideas, new experiences, new perspectives. It’s an experiment in patience and mindfulness. The New School for Social Research in New York proved that reading literature improves empathy. It’s true. Reading makes you less of a jerk. So, read often. Read difficult books. Read controversial books. Read a book that makes you cry. Read something fun. But read.

No. 2: Learn something. Your brain is capable of so much. Feed it. Learn something new. The greatest threat to progress is the belief that something is too complex to fix. Poverty is permanent. Racism will always exist. The Israeli-Palestinian conflict is too difficult to understand. The public education system is broken. Educate yourself so you can be part of the conversation. Learn something scientific, something mathematic. Explore philosophy. Study paleontology. Try to learn a new language. You don’t even have to make fluency your goal, just get a few more words in your head. Listen to an educational podcast. Professors from colleges — such as Harvard, Yale, Columbia, Stanford — are offering their lectures online for free. Think of what you could learn. One of my greatest challenges as a teacher was convincing students they were smart after someone had told them they were dumb.

No. 3: Stop buying so much shit. This may seem like a non sequitur, but I’m convinced consumer culture and idiot culture are closely linked. Simplify your life. Idiocy dominates our cultural landscape because it sells more Nike tennis shoes and Big Macs. When we thoughtfully consider what we bring into our home, we are less likely to be manipulated by empty impulses.

And finally, No. 4: Protect the nerds. A computer programmer from Seattle is doing more to alleviate world poverty, hunger and disease through the Bill & Melinda Gates Foundation than any other person in America right now. Nerds create vaccines. Nerds engineer bridges and roadways. Nerds become teachers and librarians. We need those obnoxiously smart people, because they make the world a better place. We can’t have them cowering before a society that rolls their eyes at every word they say. Ross needs better friends.

David Hopkins writes a little bit of everything and a whole lot of some things—short stories, comic books, magazine features and (hopefully) a novel or two. You can follow him on Twitter @davidhopkins. An earlier version of this essay first appeared on Medium.com and the Dallas Morning News. 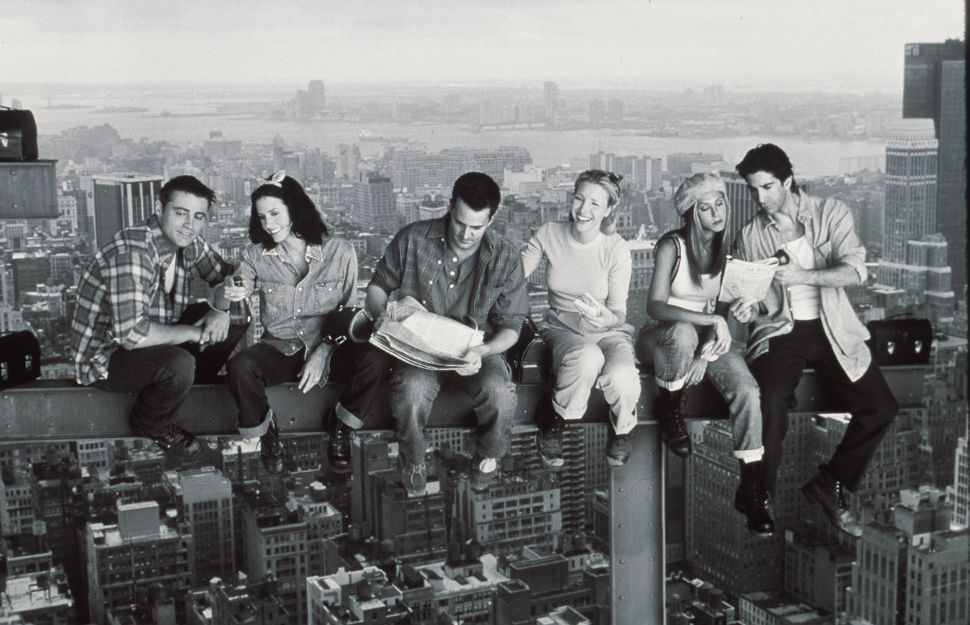