The recent struggles of online publishing are widely discussed. Despite many success stories and significant growth, the outlook in the media world seems to be doom and gloom, with plateauing audiences and scarce revenue. I too am on the record saying that the macroeconomics are unfavorable for text-based digital media seeking venture-capital-style scale.

On the other hand, report after report claim that digital ad spending is growing, 17 percent globally in 2015 according to the Interpublic agency’s research arm. The watchword of advertising has always been “where the eyeballs go, the ads will follow.” The eyeballs are certainly on digital media now, and the dollars have followed. Why, then, are publishers feeling pain? Where are these dollars actually going?

To start, let’s look at the growth in digital ad spending from 2010 to 2015, according to the IAB and PricewaterhouseCoopers[I]:

Digital ad spend has grown 17 percent per year on average since 2010. About 2 percent can be attributed to GDP growth over the period, as ad spend traditionally grows in lockstep with GDP. (This isn’t reason to discount it—growth is growth!—but it is worth remembering that 2% of that growth isn’t necessarily driven by the secular trends of the digital revolution.)

How much of this growth is making it to publishers, though? The first suspect for who might be “eating” all the growth is Facebook. Here is Facebook’s annual revenue growth for U.S. advertising[2]:

Facebook is growing much faster than the industry as a whole—55 percent per year over the last three years. So, how much of the total growth does Facebook account for? Here are the dollars added industry-wide per year:

And here is Facebook’s contribution to that, in blue:

Now what about that 800-pound digital advertising gorilla, Google? Here is Google’s U.S. Non-Network Ad Revenue over the last five years. (I included only advertising revenue on Google properties, excluding their Network Revenue breakout as that revenue presumably finds its way to publishers[3].)

Google is not growing as fast as Facebook, but it is massive. Together, Google and Facebook are accounting for a huge share of the total growth in U.S. digital ad spend:

In 2015, Facebook (in blue) and Google (in orange) combined to take 77 percent of the total growth in ad spend. This share has grown each of the last five years, from less than 50 percent in 2011.

This is important because, with the exception of Facebook’s experiments in Instant Articles, 77 percent of the growth in digital ad spending is not accruing to media publishers. The industry may have added $8.6 billion in spend last year, but $6.6 billion of that went to these two giants. Here is what industry growth looks like for all non-Facebook/Google companies:

Now the picture looks different. The growth rate has declined from 19 percent in 2011 to 7-8 percent over the last two years. Remove GDP-driven growth to isolate the secular trend for publishers, and the comparison is stark:

This analysis does not include other platform publishers, like Twitter, who would contribute growth in the low hundreds of millions per year to the analysis. Nor does it consider the fact that a large portion of the ad spend that reaches publishers goes to other top-10 properties like AOL and Yahoo.

There are reasons for optimism, as always. The industry is growing for everyone, at 8% if not 18%. There is still a huge amount of print dollars that should be reallocated.  Digital media companies possess real efficiencies over traditional media, which can make what growth they do receive more profitable. Facebook is beginning to share some of its growth with publishers in the form of Instant Articles and Live. Google just made a meaningful concession to boost publishers’ display ad revenue.

So, while it remains to be seen whether the mega-platforms will continue to eat a disproportionate share of industry growth, this data makes clear a gap between the industry’s overall rosy growth projections and the pinch that digital publishers feel.[4]

[2] Facebook breaks out U.S. revenue in their 10-K filings, however this includes non-advertising revenue. They break out Ad Revenue vs Other Revenue for the North American market, I used this percent as a proxy to find U.S. Ad Revenue for this chart.

[3] As an interesting aside, the percent of Google’s revenue that goes to the Network (mostly to publishers) has been slowly, steadily declining each of the last five years, from 30 percent in 2010 to 22 percent in 2015.

[4] It’s also strongly worth noting that I’m not a professional business analyst. I just dug through some SEC filings out of personal interest and am happy to share what I found. I’d be excited to hear what you find!

Alex Magnin is a digital media entrepreneur and the CRO and a Partner of The Thought & Expression Co. Here is a spreadsheet with all the data he used for this piece. 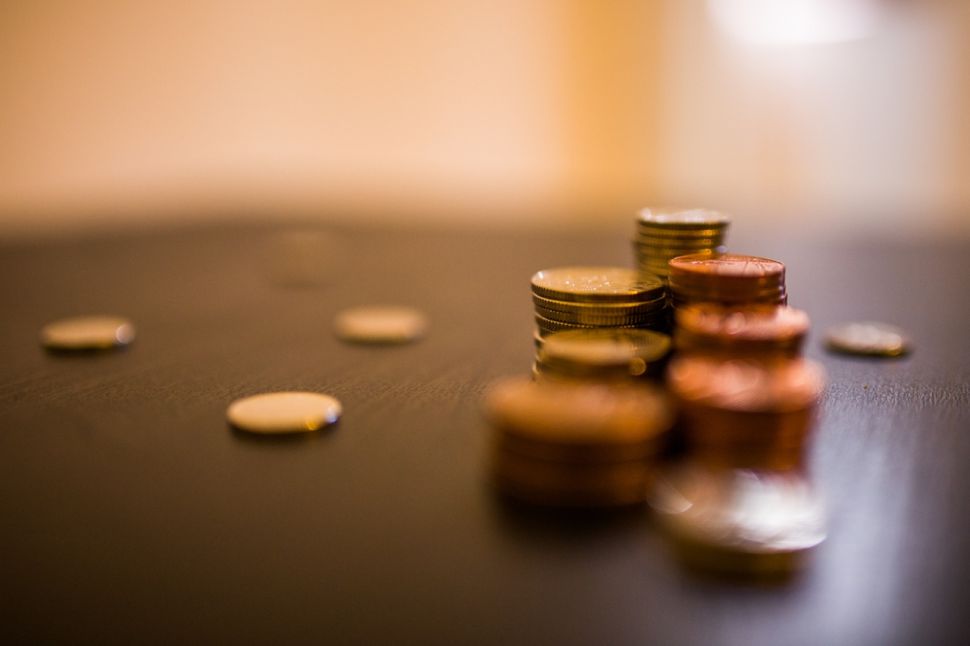