Fern Mallis began her 92Y “Fashion Icons” discussion last Thursday by divulging one of her biggest regrets: she gave away her Missonis. Upon becoming  executive director of the Council of Fashion Designers of America, Ms. Mallis vowed to only wear American designers, giving away all of her foreign gems. As if recalling a heartache, she reminisced on buying her first Missoni bikini in her “younger days” and her time starved of the iconic Italian label. But as they say, absence makes the heart grow fonder and fonder she looked, glowing in a vibrantly colored knit collared Missoni tunic as the welcomed Rosita and Angela Missoni to the stage.

Fashion girls of every age–some dressed in vintage relics and others in the latest look off the runway–welcomed the mother daughter duo with warm applause as they enjoyed wine from adult sippy-cups. While the name Missoni brings to mind the epitome of Italian ready-to-wear, this legacy label is all about family. Missoni isn’t about pomp and circumstance, just great clothes.

Missoni began as a love story. “For me it was love at first sight,” exclaimed Rosita. While on a summer trip to the 1948 London Olympic Games, 16-year-old Rosita met 27-year-old Ottavio “Tai” Missoni, a competitor in the 400 meter hurdles. The Italian athlete was undeniably tall and handsome, but Rosita was particularly drawn to the number on his uniform: 331. The sum of that equals seven, which is Rosita’s lucky number.

Tai and Rosita soon married and created their first knitwear line of tracksuits, integrating zippers on the legs. “It was really because Tai was too lazy to take off his shoes when putting them on,” laughed Rosita. On a visit to a neighboring shawl factory, the duo discovered the versatility of the Raschel knitting machine and the signature multi-colored zig-zag pattern was born.

The brand had a smashing debut at its first 1967 fashion show in Florence. The collection was comprised of sheer Lurex dresses, which proved to be problematic when it came to concealing the models’ white undergarments. “It simply wasn’t appropriate,” said Rosita. “They could keep the panties, but they had to take off their bras.” The bra-less models became the scandal of Florence, which proved to be more of a gift than a curse. The following season, Yves Saint Laurent showed his famously sheer collection, embracing the concept of fashion sans undergarments.

The Italian brand made its debut in the United States by famously winning over Diana Vreeland during a trip to New York City. Upon seeing the couple’s colorful clothes Ms. Vreeland remarked, “Who says a rainbow has seven colors? It has many shades.” Enamored by the Missonis’ talent, she filled the Missoni’s Plaza suite with fashion editors and department store buyers. With the nod of Vogue, the brand erupted in the United States and Europe, becoming the epitome of cool-girl 70’s fashion.

“I grew up seeing it all,” said Angela. From that legendary Missoni show in Florence to playing in the knitting factory, the Missoni children grew up alongside the brand. She reflected on the glamorous 1967 fashion show at the Solari Pool in Milan and growing up with a view of the Alps. While Missoni fashion erupted on both sides of the Atlantic, at home, the brand was just the family business.

The heart of the Missoni brand has always been family. Embodying old-world Italian sensibilities with a modern aesthetic, the Missoni family has stayed true to their carefree Italian roots despite their iconic status. The rhetoric behind the brand has a refreshing simplicity that refuses to sacrifice the joys of life. Though the brand was founded on hard work, Tai didn’t believe in beginning his days at dawn, “There’s no point waking up at seven when you’re really awake at noon.”

Seeking independence from the family business, Angela started her own fashion collection named the Angela Missoni Collection. “My mother was my first customer,” said Angela. “I made mostly solids, and she couldn’t make solids.” With the success of her collection, she won the respect of her mother and a shift in the Missoni direction. “What you’re doing is what I want Missoni to be today,” said Angela recalling Rosita’s proposition. “I realized she was trapped in a zig-zag cage. The brand was submerged in history and I needed to pull out the essence of the brand while redefining it and sharpening it.”

Under Angela’s creative direction, she has maintained Missoni’s uniquely artisanal approach in a market of fast production. The factory remains both a production site and creative headquarters, a concept that Missoni owes much of its success. While sticking to traditions, she updated the brand and broadened its scope, introducing the M Missoni line, accessories and integrating fresh collaborations with Target and Converse. Relieved of her womenswear responsibilities, Rosita was able to indulge her love of interior design and begin the Missoni Home collection that eventually evolved into a collection of Missoni Hotels.

While the company has taken great strides during Angela’s reign, there is continued promise for the family’s next generation. Angela’s daughters Margherita and Teresa have both taken on integral roles within the company. Margherita became the brand’s ambassador at the age of 18 and has since taken charge of Missoni’s accessories and collaborations all while designing her own children’s line. Teresa has also had a hand in developing creative collaborations for the brand and is designing her own clothing line. “It seems the women of the family hold the fashion eye,” joked Rosita.

Though the Missoni brand has become synonymous with Italian luxury in the 63 years since Tai and Rosita began the fashion house, like a good recipe, it still centers on Italian family traditions. For instance, the location of family dinners is determined by whoever has the largest table. At present, that would be at Angela’s house in Milan.

As the night came to a close, Ms. Mallis only had time for one question from the audience, “What is your favorite pasta shape?” To which, the duo gives a pause and Rosita responds in true Italian fashion, “I like spaghetti, but any pasta is a fantastic element to have in the kitchen.” 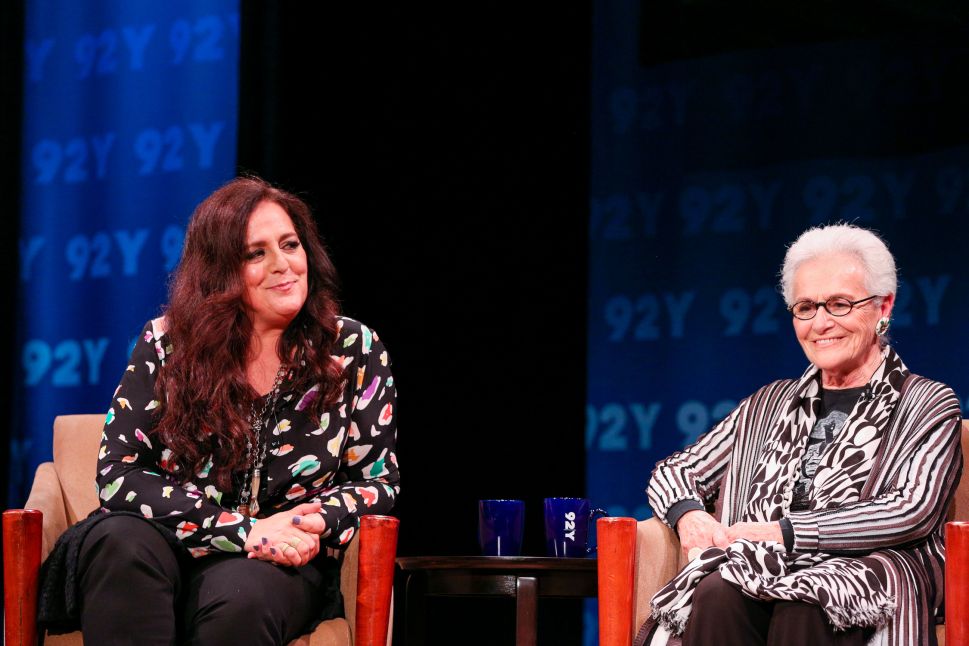