When the World Economic Forum met in January, its leaders discussed a litany of problems facing the global community. From climate change to interstate conflict, the Forum listed off the growing concerns that governments around the world must address. But, true to form, the body did little to explain why these problems exist and why global leaders have failed to get them under control.

I wrote in a previous Observer piece that the group once again avoided any mention of the key obstacle to progress: centralization. As a centralized body that wields tremendous influence over the world’s economies, the Forum has little incentive to criticize the structure that keeps it standing.

But without frank discussion of how centralization hinders meaningful change, the world remains mired in fear and stagnation as crises, political violence, and other volatile situations escalate. The Forum further muddied the waters by failing to offer incisive critiques or prescriptive analyses at this year’s conference.

In my earlier article, I described the centralized, top-down solutions proposed by the World Economic Forum as costly and inflexible. I still believe them to be so. Instead, the body should adopt localized, diverse approaches to stimulating economies and finding answers to the world’s most pressing problems.

Here are three ways it could accomplish these tasks:

1. Empower local players to take action. Economic insecurity and climate change cannot be solved by a central power taking control of a situation. Organizations such as the World Economic Forum should provide support to local civil society leaders, nongovernmental organizations, and experts who understand the crises happening in different communities. These people know what must be done and which solutions will actually work in their areas.

Governing bodies must provide space and opportunities to experiment with ways of meeting these challenges. In other words, let 1,000 flowers bloom and pull out the weeds once you’ve seen what takes root. Not all solutions will be viable, but the sustainable options will come from people on the ground.

Julian Simon wrote that human ingenuity is the ultimate resource, and he was exactly right. If you provide people with resources and the freedom to think critically about the problems that plague their lives, they will produce lasting solutions.

2. Pressure leaders to take corrective action. The World Economic Forum holds significant influence among political and social figures — not just in government, but in the arts and other spheres as well. Leaders in the Forum could generate serious pressure on national and regional governments to open their markets and increase economic opportunities among their populations.

Removing economic restrictions is the best way to stimulate growth and empower local players to facilitate change. The Forum knows this but makes no moves in this direction, preferring to draft blueprints for large-scale projects that sound promising but cannot work in reality. By prioritizing its own stature above finding real-world answers, the group leaves citizens to struggle amid uncertainty.

The Forum should campaign against restrictive policies and leverage its influence to create widespread movements, calling for oppressive governments to provide opportunities for their people. The organization should also promote local alternatives to top-down solutions and highlight the importance of citizens’ involvement in environmental, educational, and human-rights initiatives.

3. Deregulate international, domestic, and local trade. I’m not referring here to managed “free trade” programs based on thousands of pages of negotiated quantities and prices, as is the case with the Trans-Pacific Partnership, the North American Free Trade Agreement, and other political constructs. These agreements don’t help average people; they benefit the big players with political sway.

The Forum must encourage governments to remove the prohibitions, quotas, tariffs, taxes, and licensing schemes that they bundle into trade legislation. All these elements raise the barrier for what types of trade are possible and profitable. They exclude common citizens and small businesses from growth opportunities while affording big corporations free reign over the marketplace.

Such arrangements privilege the already privileged, creating vast inequities and injustices. The World Economic Forum plays right into the hands of dictators with its large-scale political solutions that put economic power out of reach for those who need it most. By continuing to engage in these types of policies, the body might as well send checks to third-world dictators with a friendly note requesting that they use the money benevolently.

The challenges facing the world are grave, and they won’t dissipate without effective action. The Forum acknowledges the risks inherent to a world in which technology makes people feel more connected — even as they become increasingly disenfranchised from their governments.

The gaps in wealth grow by the day; involuntary displacements are creating an unprecedented refugee crisis; and insecurity threatens millions of people. These massive problems cannot be mitigated through centralized responses handed down from on high.

The World Economic Forum must set its ego aside to address the looming crises with actionable solutions — those that can be implemented at the regional, national, and local levels. To do otherwise is to condemn millions to indefinite and avoidable suffering and to jeopardize the global economy for the sake of maintaining its own power. 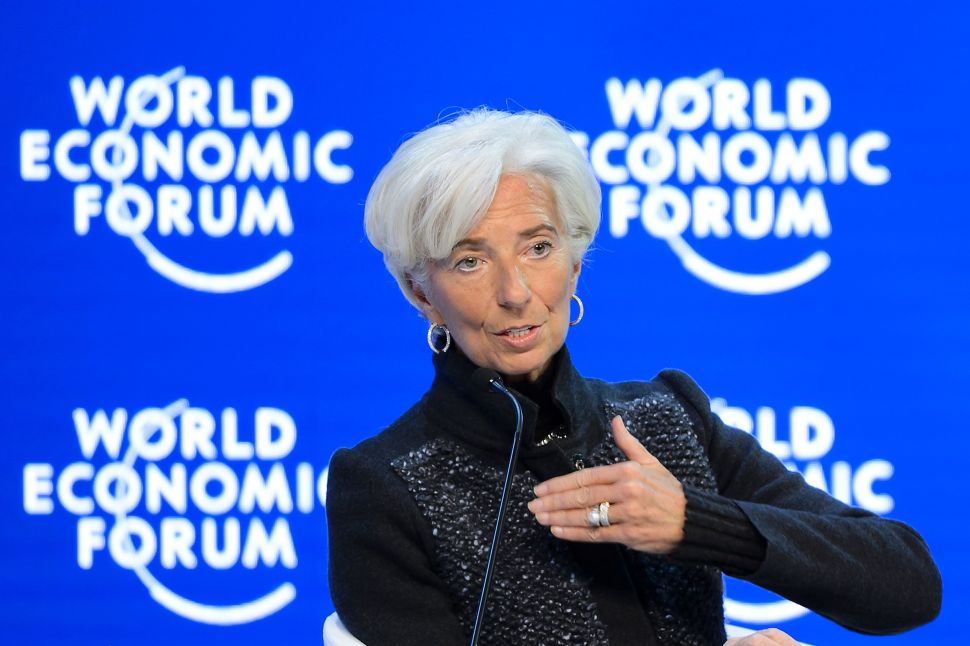