The campaign of Paterson ward 6 challenger Al Abdelaziz has released photos and video of incumbent councilman Andre Sayegh campaigning and passing out election materials in front of School 9 on Timothy St.

According to New Jersey Election Law Enforcement Commission (ELEC) guidelines, “no candidate, or holder of elective public office or that candidate’s agent or representative may solicit campaign contributions, directly or indirectly, on property owned or leased by the State, or by any county, municipality, board of education of a school district, fire district, authority, or any other instrumentality of the State or local entity.” As a public school, School 9 is not a legal campaign site as defined by those ELEC regulations.

“Shame on Mr. Sayegh, who clearly believes that there is one set of rules for him, and another for everyone else. First it was evading ELEC requirements, then submitting inadequate amendments, then not putting ‘paid for’ on his materials. Now, he’s campaigning on government property,” said Abdelaziz in a statement. “Just like Chris Christie, he thinks he is above the law and can do whatever he wants. Andre is a teacher, and he should know better. Maybe he needs to go back to class and learn a lesson on ethics, instead of campaigning at a public school.”

While the photos and videos are low resolution, Sayegh confirmed in a phone conversation with PolitickerNJ that he was, in fact, handing out literature to parents. He claims that he was not alone, however. According to Sayegh, Abdelaziz and his supporters were also present at School 9 and were handing out flyers of their own.

While Sayegh said he knew campaigning on government property was in violation of ELEC regulations, he said he felt the School 9 instance was “justifiable” given that he was also handing out invitations to an event.

In response to Sayegh’s allegations that Abdelaziz also participated in distributing literature, the Abdelaziz campaign issued the following statement: “Untrue. Two of Al’s supporters went there when they heard Andre was campaigning on school property. When they saw it was true, Al himself went to the school and alerted the principal, who promptly had Mr. Sayegh removed. At no time did Mr. Abdelaziz engage in campaigning. He only engaged in protecting the parents and children from political harassment by an unscrupulous politician trying to hawk votes at a report card night. Has Mr. Sayegh ever met a lie he didn’t like?” 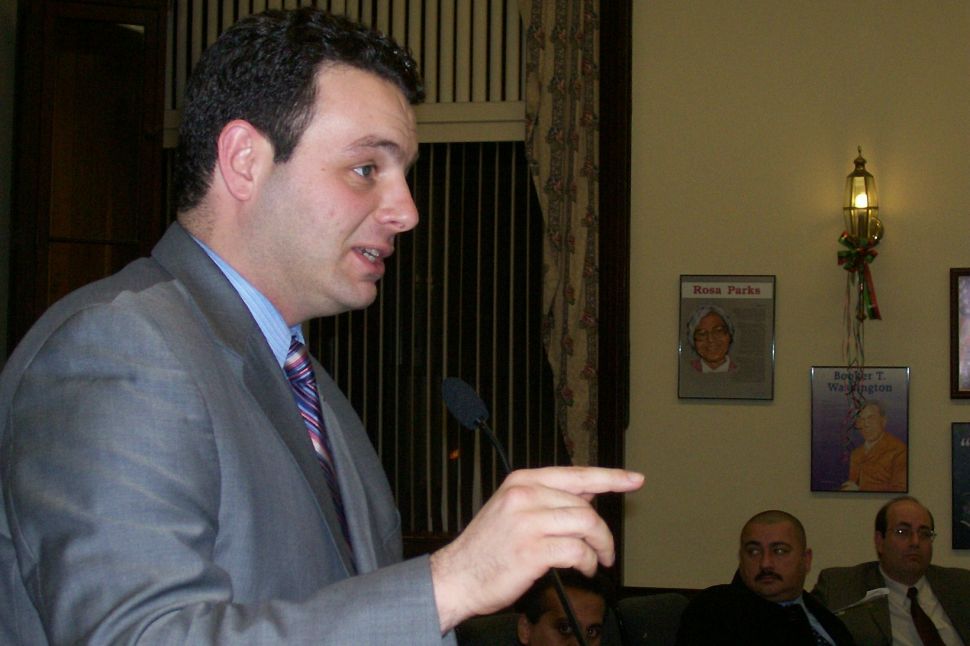