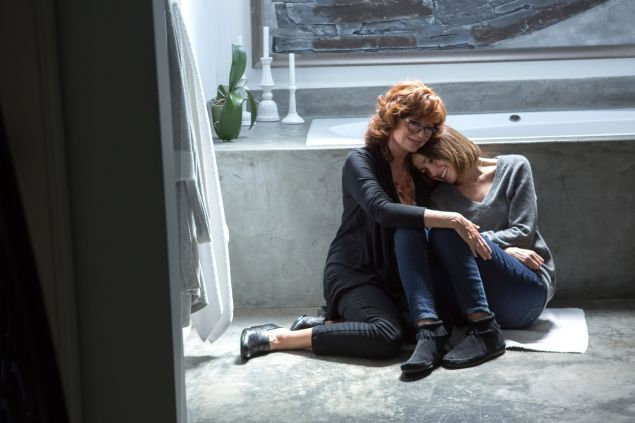 Charming, insightful and funny, The Meddler takes familiar material (the mother from Hell and the daughter from Hunger) and infuses it with affectionate, slap-your-thigh humor. It also crowns Susan Sarandon with one of her most endearingly irresistible roles in years.

Expanding the theme of “a mother’s work is never done,” writer-director Lorene Scafaria (Seeking a Friend for the End of the World) bases her characters on real people in her life—especially her mother, depicted as a doting, dedicated but maddening Italian woman from New Jersey with a Brooklyn accent named Marnie Minervini. Marnie is fueled by her need to meddle in the private lives of everyone she knows, especially her grown daughter Lori (Rose Byrne), who lives 3,000 miles away in Los Angeles, where she is pursuing a career as a writer of TV sitcoms (which The Meddler imitates in spades with everything but a laugh track). Delusionally convinced her daughter needs her close for everyday advice, Marnie bites the bullet to sell everything and move from Jersey to California without an invitation. Lori is mortified, but her invasion of privacy is just beginning.

Settling in with unprecedented ease, Marnie drops in without calling, dispensing news that a serial killer is on the loose, gossiping with Lori’s friends about her personal life, even visiting her therapist to offer her counseling tips. Things grow doubly troublesome when Mom learns how to work an iPhone and bombards Daughter with unwanted voicemails. While Lori slaves over a sitcom pilot about her own family and grieves over the breakup of a recent love affair, Marnie spends the money her late husband left her on people she hardly knows—turning up at a baby shower to present the expectant mother with an expensive iPad, paying for the wedding of two of Lori’s lesbian friends, financing a college education for a poor sales clerk at the Apple store, and finding herself innocently accused of being a campus dope peddler. Generous, impulsive and well-meaning, Marnie wants to do everything for others to make up for the emptiness in her own life but drives everyone bananas doing it. It’s a long time coming, but when Marnie hesitantly finds a romance of her own, it’s with a retired cop who works as a security guard on movie sets, rides a Harley-Davidson motorcycle and raises chickens that lay eggs to Dolly Parton songs. Silly as it sounds, when Marnie finally surrenders to romance in the arms of the marvelous J. K. Simmons, you will very likely be forced to suppress showing your glee out loud.

The fact that The Meddler dispenses balance with its bagels is due to a keenly fine-tuned cast that includes Jason Ritter, Harry Hamlin and Laura San Giacomo but especially to Susan Sarandon, who has the skill and beauty to defy caricature and become the star of her own life after 60. She’s exasperating but also beautiful, spirited, lovable, proud and totally credible. The only problem I had with credulity was a scene where Marnie wanders onto a movie location and gets mistaken for an extra. Nobody could ever mistake Susan Sarandon for anything but a star—and in The Meddler she proves why. 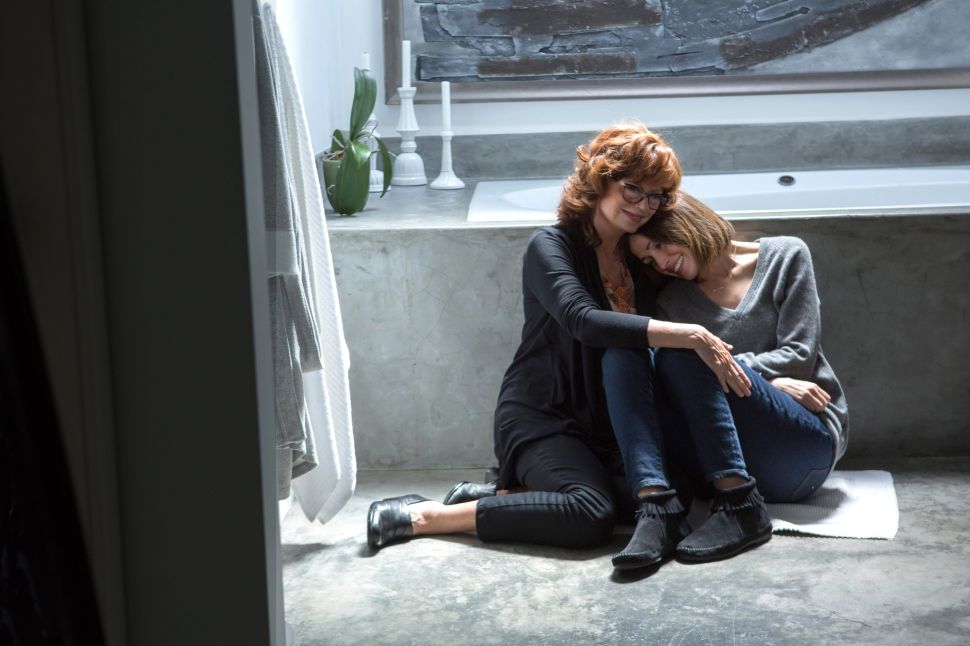