It was September 2009 and my wife and I were walking through Times Square en route to our hotel. While passing through a crowded area, I had a CD pressed into my hand by a guy who was saying, “Have a listen to my CD.” I kept walking, thinking: “Yeah, okay, whatever.” But he pulled me back and requested money for it. I didn’t want his damned CD for free, much less did I want to pay for it, so I tried to hand it back. He refused, telling me I took it so I had to give him $20. “Twenty dollars! What the hell! I wouldn’t pay that for a CD I wanted—and I don’t want yours,” I responded, trying to give it back. A group of his counterparts then surrounded me, and I ended up being forced into paying five dollars for it before my wife and I could get the hell out of there.

I remember being so mad at myself for letting someone take advantage of me like that. My wife called me a sucker. “I’m a smart guy, how could I have let that happen?” I thought to myself. Unbeknownst to me at the time, this wasn’t just a random encounter where I was happy to get away without being harmed; this was planned by the people involved. What that guy had done was take advantage of a social and psychological concept known as reciprocity. When someone gives us something, we feel compelled by the social contract to give them something in return. Likewise, when someone asks for something large and we refuse, and then the person makes a smaller counter offer, we feel compelled to meet their concession.

You can see this occurring any day of the week outside supermarkets, shopping centers, train stations or any other high-traffic location frequented by charity collectors—known as “chuggers,” a portmanteau of “charity muggers.” Their tactic is an interesting one: The gift they give is the gift of kindness. As the unsuspecting shopper walks toward the entrance, they are greeted by a chugger with an outstretched hand and a warm smile. Our subconscious mind is telling us: “How can I refuse to shake their hand and talk to them? That would make me an asshole.” Meanwhile, on a conscious level, we’re thinking: “Shit, how can I get out of this? Think of something, fast! Dammit!” Before we know it, we’ve been standing there listening to them speak for ten minutes, and we’ve likely even signed up to make a donation. It’s little wonder that many local governments are banning this activity. The actions of chuggers produce such an uproar because people feel that their human nature and psychology has been taken advantage of somehow.

Here’s the thing: It doesn’t make you a sucker to fall for this practice. If it didn’t work, it wouldn’t be used so commonly. The reason you hate it isn’t because your time is being wasted, or that they are asking for a donation. You hate it because the chugger is purposely taking advantage of a social contract and psychology that we have been conditioned into accepting since childhood. It is an extremely powerful strategy, and one that is difficult to avoid unless you’ve been stung in the past and your guard is up. It’s interesting to watch people who are on their game when chuggers are around. Some will simply alter their path of travel to avoid them; some will pretend to be on the phone. Others will use neighboring poor souls as a screen. And those who have been scammed previously will react with outright hostility. It’s quite an amusing sight to see a good-looking young man or woman stretch out their hand with a smile and be greeted with “FUCK OFF!”

The fact that they do this in public, where we feel social pressure to act in a certain manner, makes their ploy even more despicable.

The question is whether we consider this an acceptable practice, or whether it’s sleazy and dishonest. After all, when a fool is taken advantage of, most people will say that it served them right; that it was just smart business and we shouldn’t begrudge someone making money, even if it’s from a sucker. There is no question that the strategy is taking advantage of our psychology—most of the best sales and marketing techniques employ the same approach. What makes us accept one form and not the other, however, is the finesse involved. Good marketing or sales is seductive; it’s about finding out what the customer/target wants and gently, softly guiding them to a point where they decide to either pay more for the item or to buy the more expensive item. It’s like a dance where both people will generally walk away satisfied because they’ve gotten something they wanted out of the interaction.

The CD scammers in Times Square, however, were not engaging in a gentle dance or seduction. Theirs was more of a cheap, “Jedi-mind-trick” tactic, like B.F. Skinner’s operant conditioning experiment that taught rats to pull a level in order to receive food pellets. It’s essentially “pushing our buttons” to get the desired response—which most people are powerless to stop once it’s in motion. That is what annoys people so much about it. Charities use this tactic a lot, because their entire job is to solicit money from people to help others. Many in the Internet marketing space have been using it for some time, to entice people to buy things from them, and some less scrupulous salespeople use it as well. Is it wrong? Is it unethical? They need our money after all, right? Perhaps another example, from the book Influence: The Psychology of Persuasion, will put this further into perspective.

In his classic analysis of persuasion, Dr. Robert Cialdini notes that Hare Krishnas are often found at airports, offering flowers as gifts to passersby. Once the recipient accepts it, they can’t give it back. If they try to, the giver refuses to take it back, stating that it is a gift and that the recipient must accept it—but the group would love a donation in exchange for the lovely flower. Even the most harried, sour-faced businessman often feels powerless to refuse (so strong is the social contract), and will reluctantly give them money and walk away—and, more than likely, throw the flower in the trash once they are out of sight.

Here’s where it gets interesting, and in my opinion, massively sleazy and dishonest: “While spending a day observing a soliciting Krishna group in O’Hare International Airport,” Mr. Cialdini wrote, “I noticed that one of the group members would frequently leave the area and return with more flowers to resupply her companions. As she was going on one of her supply missions, I followed. She went from trash can to trash can beyond the immediate area to retrieve all the flowers that had been discarded by their targets and distributed them to be profitably cycled through the reciprocation process once more.”

In this case, it is clear that the Krishnas weren’t offering a small gift for the sake of a donation, but were actually, as Seth Godin called it recently, hacking reciprocity. Many people would call that smart business. The reality is, though, that they are using human psychology to make people pay them money that they don’t want to give. This is where it differs from sales and marketing. People actually want to buy things, so sales is about building a relationship, finding things out about the customer and eventually meeting their need in a way that makes the seller money. It’s certainly not sleazy, because the seller is actually providing something valuable in exchange for money. The hacker of reciprocity, however, isn’t providing anything; it’s all take. They are tricking people into giving money they don’t want to give, in exchange for an item (or in the case of chuggers, nothing at all) that is useless to them and unwanted. The fact that they do this in public, where we feel social pressure to act in a certain manner, makes their ploy even more despicable.

So don’t feel bad if you’ve ever been duped by such people. We all have, because these tactics work. One of the best things to do is to have a plan for when you’re confronted by such things, and go over it in your head multiple times so you are ready the next time it occurs. For example, when I get called on the phone with an “amazing offer,” I tell them flat-out that if they want me to sign up, they have to send it to me in writing. I won’t give my credit card details over the phone and I won’t make a decision unless the fine print is right in front of me. So sorry, no, I won’t make an exception just this once. It works well because it’s already in my mind; I know what I’m going to do. Now don’t get me wrong, I’m not against giving money to charity. What I’m against is being manipulated into giving money to charity. Let’s face it, we’d all like to give more, but if we gave to every charity that asked for a donation most of us would be broke or in debt. So keep your guard up against these tactics, and save your time and money for the people and things in life that you feel are worth it. 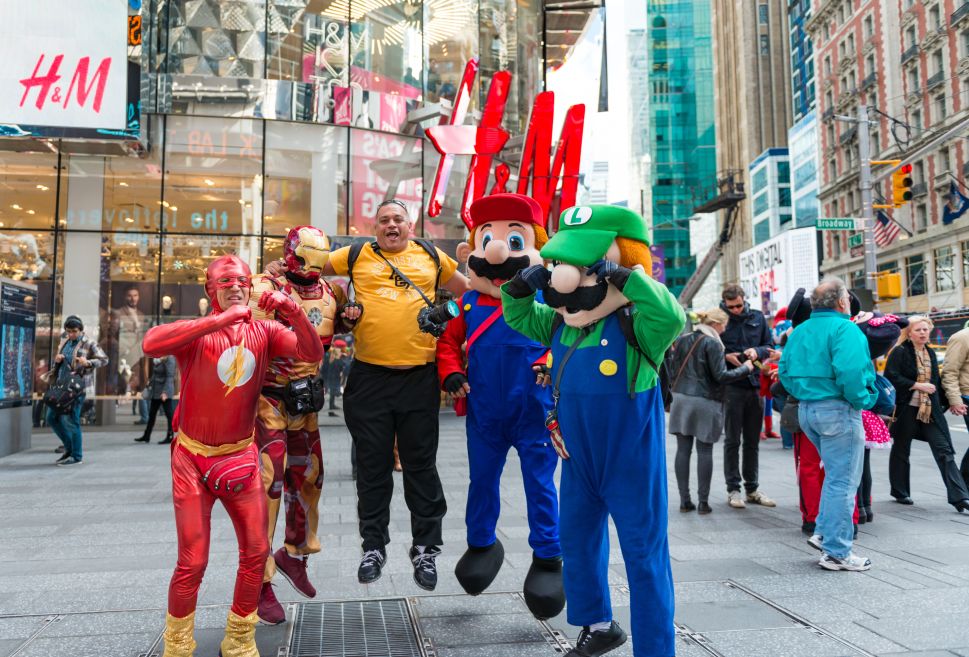