Feeling the Walking Dead itch but still a little pissed about that cliff-hanger of a Negan reveal? Fear not! Or, actually, fear everything. Fear The Walking Dead, AMC’s prequel slash spinoff of The Walking Dead proper, returns for its second season April 10. Though there isn’t a barbed-wire baseball bat in sight–at least in the first episode, that is–Fear offers a fresh take on the quickly decaying zombie apocalypse genre. “It’s trouble on the high seas,” co-star Frank Dillane told us before the season premiere, which primarily takes place aboard a yacht named Abigail.

Things have changed for Mr. Dillane’s Nick Clark, far beyond finding his sea legs or whether walkers can swim. While Fear’s debut season dealt heavily with the character’s drug addiction, the show’s move to wetter locales has forced Nick to go dry. We hopped on the phone with Mr. Dillane to discuss Nick’s newfound sobriety, Colman Domingo’s Victor Strand, and whether the two Deads–Fear and Walking–will ever meet.

Observer: We’re seeing Nick forced into sobriety, as opposed to last season where he was constantly using. Did it almost feel like playing two different characters?

Frank Dillane: It’s complicated when it comes to that stuff. I’m glad to be done with heroin, just because it is so difficult. You find yourself having to be very precise. It’s a lot of work as an actor when you get into something like heroin and drugs. You have to be precise and know exactly at what point what is happening. How long quitting cold turkey would last. What the conditions are at what point. Stuff like how many hours have passed since Nick last used. It was a bit like playing two people, yeah. All my attention was on the technicalities, really.

Even besides the drug use, it feels like Nick is in a different place mentally in season two. In your mind how has he changed, even since the season one finale?

He’s remembering who he is. It’s a journey that becomes as much a spiritual one as it is one for survival. He’s beginning to remember what his brain is really like.

“If Nick is searching for a father figure, or seeing a father figure in Strand, it’s as much an unconscious thing as anything else. If you asked Nick, I don’t think he’d say he needs a dad.”

You’ve spent more time with the character than anyone. What IS Nick really like?

I think deep down Nick is kind of…you know I don’t really know [laughs]. It’s difficult because I have played him for a while now, but you don’t know where the writers will take him, you know? I do think he’s quite self-monitoring. He’s good at reading people.

It’s interesting you say that because I love the interaction in the premiere between Nick and Strand (Colman Domingo). At this point how does Nick read Strand?

So far, so good. We’ve only just got on the boat. So even if Strand has bad intentions, at least,they’re off-shore. So at least in episode one, Nick trusts him. They trust each other.

There’s an interesting moment where Strand calls Nick “Nicholas,” and there are nods to Nick’s father. How much is Nick looking for someone to sort of fill that role?

I don’t know how much anyone looks for anything consciously. If Nick is searching for a father figure, or seeing a father figure in Strand, it’s as much an unconscious thing as anything else. If you asked Nick, I don’t think he’d say he needs a dad. [laughs]. That may be an unconscious draw toward an alpha male, as it were. But he’s not crying for his dad or anything.

“I would love for Nick to walk past a hospital room and you just see…Rick waking up from his coma.”

You can expect some new faces. You meet some new people. You know what I can say? It’s troubles on the seas, and it’s not that much better on land, and the problems we come across are as, if not more, dangerous than what we would have come across on shore.

Can we expect any crossover with The Walking Dead?

Apparently not! [laughs]. I would love to see it. I would love for Nick to walk past a hospital room and you just see out of the corner of your eye Rick waking up from his coma. I want it. But apparently we’re not going that route yet. 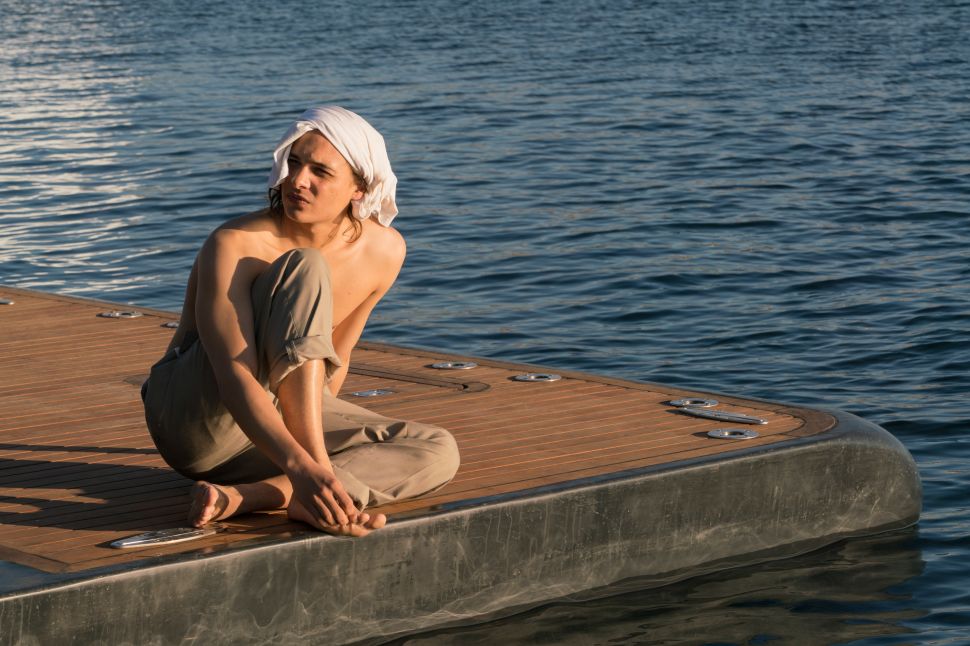