The joke about MSNBC political host Chris Matthews is that his interviews have three parts.

Next, Mr. Matthews answers his own question, at length.

He still shows that tendency sometimes but he also uses other tools—like short and damaging verbal jabs—as he showed Wednesday night in a conversation that might prove pivotal for the Donald Trump presidential campaign… and not in a good way.

In a troubled week for Mr. Trump, answers like these add to the perception that his insurgent effort has peaked and that he will begin to totter from his high perch on Tuesday in Wisconsin, a primary in which Ted Cruz is favored by about ten points.

MATTHEWS: “Do you believe in punishment for abortion?”

TRUMP: “The answer, as a principle, is that there has to be some form of punishment.”

MATTHEWS: “For the woman?”

TRUMP: “Yeah. There has to be some form.”

MATTHEWS: “Because you take positions on everything else.”

Mr. Trump later walked back the answer, saying the woman undergoing the procedure should not be punished. Another serious subject—nuclear warfare—came up because Mr. Trump has refused in the past to rule it out. Mr. Matthews spoke of what foreign leaders must think.

MATTHEWS: “They’re hearing a guy running for president of the United States talking of maybe using nuclear weapons. Nobody wants to hear that about an American president.”

TRUMP: “Then why are we making them? Why do we make them?”

MATTHEWS: ”Can you tell the Middle East we’re not using a nuclear weapon?”

MATTHEWS: “How about Europe? We won’t use in Europe?

TRUMP: “I’m not going to take it off the table.”

TRUMP: “I am not taking cards off the table.”

Not to be outdone, rival CNN Thursday night ran replays of its host, Anderson Cooper, pinning down Mr. Trump earlier in the week. It involved Mr. Trump’s re-tweeting a photograph of Heidi Cruz, the wife of his main Republican rival, Ted Cruz.

TRUMP: “I thought it was fine. She’s a pretty woman.”

COOPER: “You’re running for president of the United States.”

COOPER: “But sir, with all due respect, that’s the argument of a five-year-old.”

As the week continued, the piling-on increased. And at the beginning of MTP Daily on MSNBC Thursday, host Chuck Todd presented a collection of clips featuring other Republicans commenting on Mr. Trump.

LOUISIANA GOVERNOR BOBBY JINDAL: “Donald Trump is a narcissist and he’s an egomaniac.”

FORMER EXECUTIVE CARLY FIORINA: “He is the Kim Kardashian of politics. This isn’t a reality show. It’s not entertainment. It’s deadly serious.”

FORMER TEXAS GOVERNOR RICK PERRY: “Donald Trump’s candidacy is a cancer on conservatism and it must be clearly diagnosed and discarded.”

Of course, right-wing dogma has it that both MSNBC and CNN are liberal networks that won’t present the real truth as it is reported on Fox News Channel, which purports to be “fair and balanced.” At least on Thursday night, even Fox took shots at the right-wing Mr. Trump.

Fox pundit Charles Krauthammer said Mr. Trump “doesn’t know anything” about abortion, which has been the central issue for conservatives for more than three decades.

“When Anne Coulter calls you mental, you’ve got a problem,” Mr. Krauthammer said. “And I say that as a retired psychiatrist.”

On The Kelly File, host Megyn Kelly said of the Republican race: “Real acrimony is developing… they use words like ‘unforgivable’ now when they talk about the other side.”

One of her guests, Rich Lowry of National Review, said Mr. Trump “Should go and learn something about policy so you’re not embarrassed by Chis Matthews asking a basic question.”

“Why is he on that idiot’s show?” he said. “I got the impression watching that Hillary planted that question.”

“Donald Trump has gotten punked by Chris Matthews,” she said. “He sounded like a political amateur.” 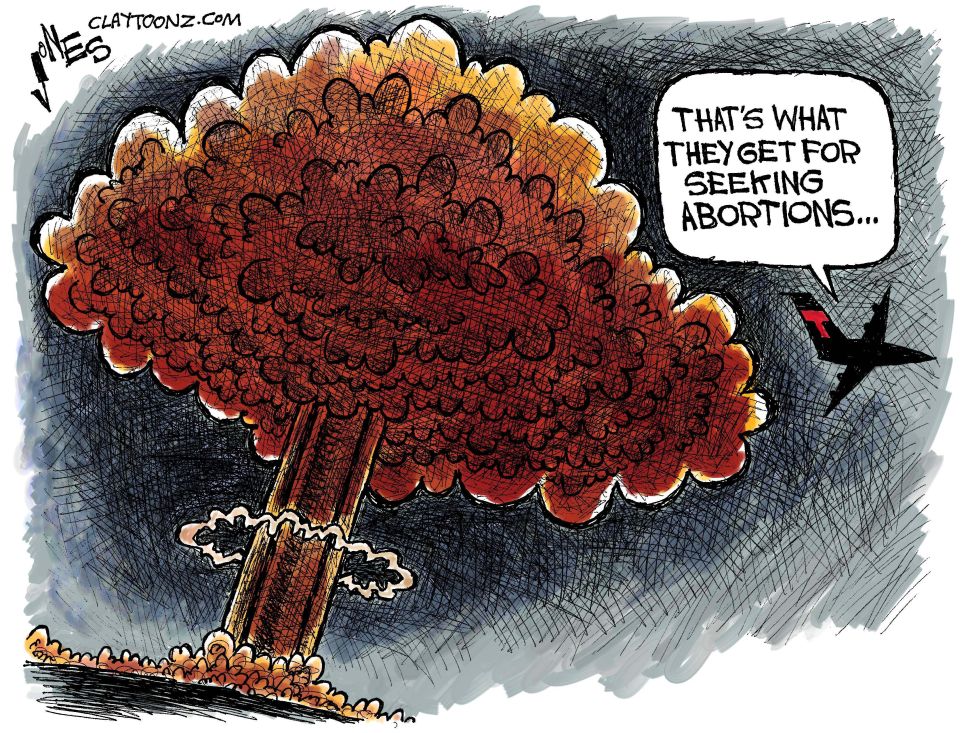