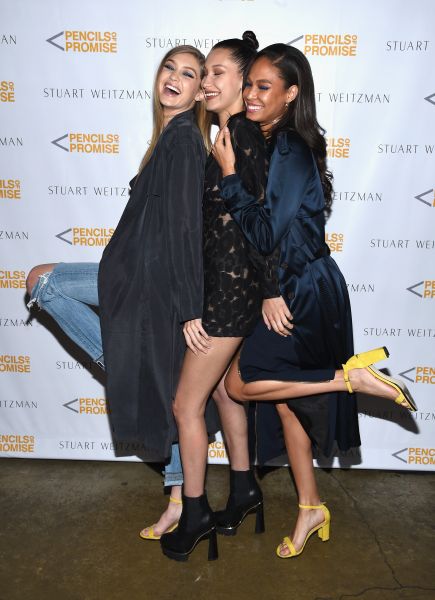 For celebrities on the red carpet circuit, one of the main missions–aside from looking flawless–is to avoid wearing the same clothing or accessories as anyone else. Last night, when Stuart Weitzman threw a dinner at Sadelle’s, that was not the case. In honor of the shoe designer’s alliance with Pencils of Promise, a pair of yellow suede sandals made the rounds on the feet of today’s top models and various A-listers. 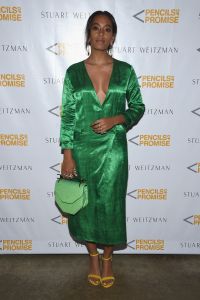 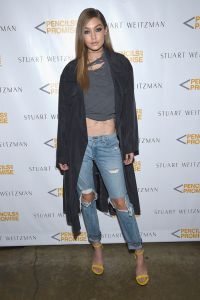 Solange coordinated her pair of Nearlynude kicks with an emerald silk frock and an M2Malletier bag to match. Gigi Hadid dressed her heelss down with some distressed boyfriend jeans, plus a slashed shirt that showed off her envy-inducing abs. Meanwhile, Joan Smalls let the yellow hue pop against a slinky, zippered LBD from Ellery. Taking it one step further, Olivia Culpo went for a color coordinated vibe, slipping into a yellow leather moto jacket. 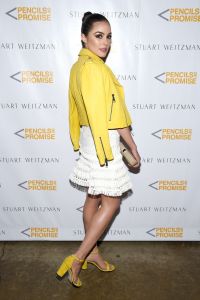 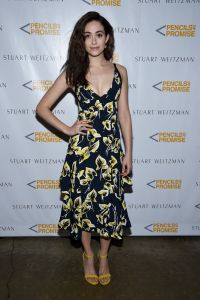 Luckily, you don’t have to be chased by paparazzi in order to acquire these Stuart Weitzman’s. In fact, the sale of each limited edition shoe will directly benefit building three schools in Ghana, Guatemala and Laos, as part of the designer’s new partnership with Pencils of Promise. The non-profit has a mission to make education attainable for every child and does so through the creation of educational programs in developing nations.

Head to the Stuart Weitzman website to purchase the Nearlynude sandal, or stop into one of the brand’s boutiques in New York, Beverly Hills, Chicago, Philadelphia, Atlanta, Las Vegas and Costa Mesa. 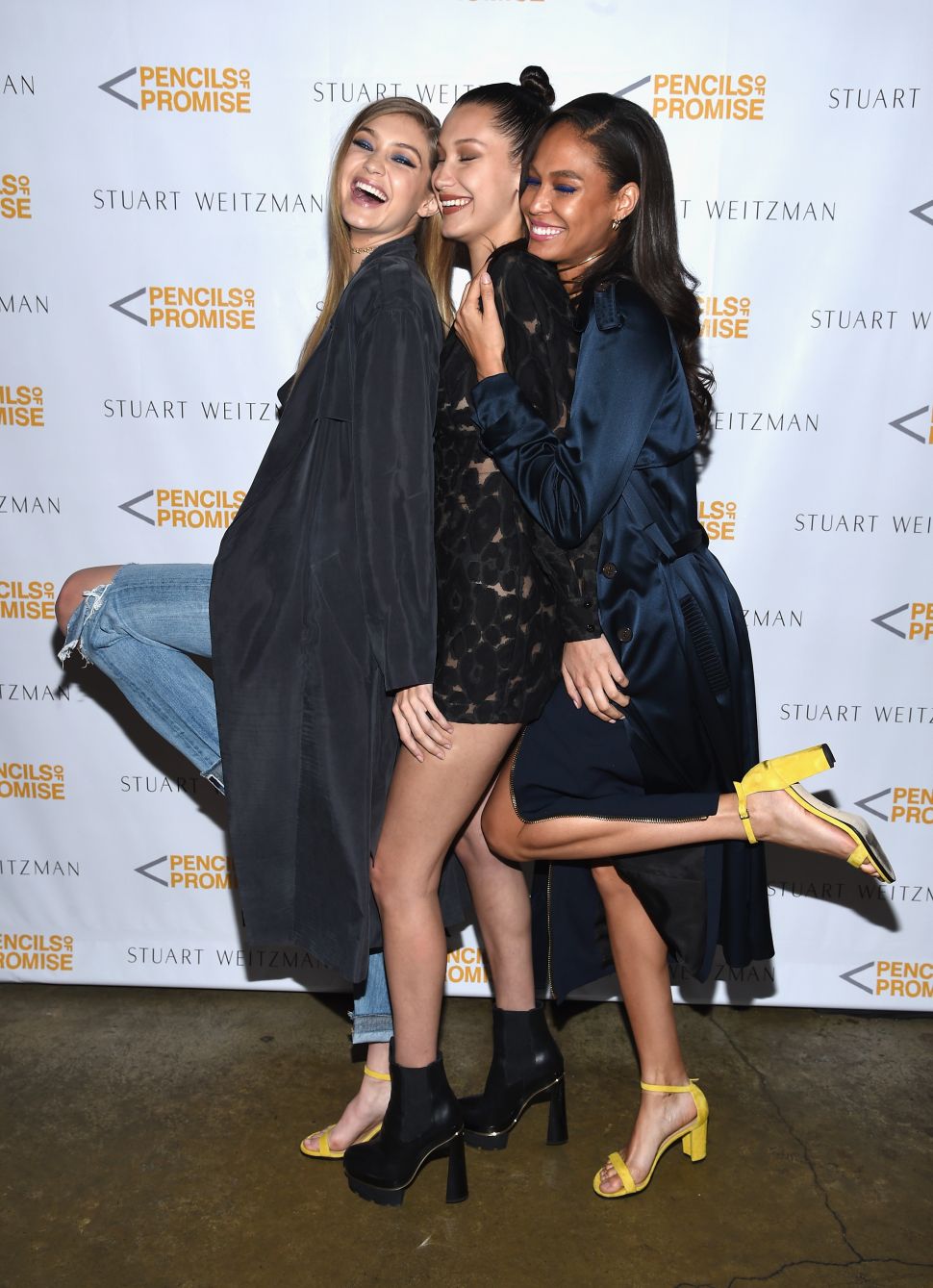