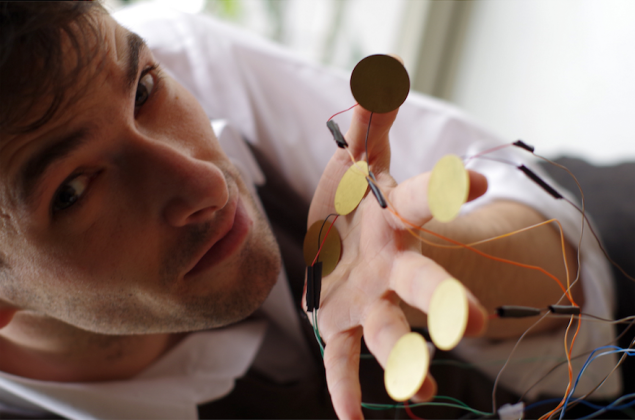 Rory Viner once wore sensors on his body during sex and turned the data into music. (Photo: Tumblr/Rory Viner)

Sex, lies and social issues are some of the most popular inspirations for lyrics, but for Rory Viner, they’re the music itself.

Tokyo-based Mr. Viner is a sound artist and experimental musician who has made headlines for his unique approach to music that is driven by synesthesia, the blending of senses. The classically trained pianist found the rules associated with most types of music boring and began translating things like suicide data, rape statistics and his own sexual encounters into pieces of music. For one work titled “Sonification of Inequality in Ferguson,” he took the Attorney General’s data about black and white road stops in Ferguson, Missouri and created a sonic map of inequality over the last five years, where higher notes represented higher stops, searches and arrests.

For his latest project, Mr. Viner turned to a lie detector to compose a score from truths and lies.

We chatted with Mr. Viner about his newest song and how exactly he transforms data into music.

When and how did you get into experimental music?

When I was a kid, I started learning piano like a lot of children do. However, I would always get into these arguments with my teacher because I was supposed to play a piece exactly and in a very specific and certain way. It really turned me off that classical music had all these rules and preconceived thoughts of what music was supposed to be. I thought it was really stuffy as I wanted to hear and play something that was not how it was supposed to be played. The teacher wouldn’t let me, and I kept thinking why not? Why is this wrong or considered bad? When I was in high school, there was a radio program called Brave New Waves that was on at like 3 AM. It played super strange music by all sorts of experimental musicians. I thought, ‘wow, this is it, this is awesome.’ I would stay up to listen to it, completely drained the next day before class. I started wanting to learn how do they make this stuff. That is when I started to lean about synthesizers, atonal music, etc. It was around this time I saw a John Cage piece performed. After that I was hooked.

How have your projects evolved over time? Did you start out with more traditional music?

I still do write traditional, classic music, but with strange, interwoven melody lines. Nobody seemed to pay any attention to that, and around five or six years ago I started learning about trans-humanism, the idea that technology will fundamentally change human capabilities. People were starting to talk about this idea called synesthesia, like hearing a color, for example. I started thinking about how we could experience other things not normally heard and make them sonically experienced.

What was your first project of this type?

My first major work was making a piano score out of suicide rates in Japan. I live in Tokyo, and Japan has one of the highest suicide rates in the world. I thought that there was something inhuman about how we interact with this information. When people look at statistics and data, people feel nothing. These lost lives are abstractions with their humanity stripped from them. What if we could re-approach how we represent statistics by weaving a song out of it? Humans have much more aware and almost spiritual reactions to sound, melody and rhythm. It connects us to something very uniquely human. By changing these abstractions into sound we can feel something and have a more emotional reaction to the data. This, feeling numbers instead of just seeing them logically, is a type of synesthesia.

What inspired the latest piece?

What if truth and lies were experienced in real time to create a score out of an interrogation? In my new piece, I continue with this idea of the mixing of the senses by having a lie detector make music. Lies are sometimes heard, but more often not. Our only way to discern the truth lays in our ability to trust another and watch others’ behavior as they deviate from the norm. But what if everyone had a song constantly being produced that would change if they were lying or telling the truth? What if court was reconfigured as songs? What if Guantanamo Bay interrogations were musical rather than hostile, with truth being rewarded sonically? What if our compatibility with our love interests would merge and create a unique score?

How exactly do your translate things like suicide statistics, sex and a polygraph test into music?

For the lie detector project, I used the Galvanic Skin Response sensor—one of the main sensors used in a polygraph machine, which detects changes in how much a person sweats. You sweat more when you’re nervous, which changes the electrical resistance of the flowing current and shows lies as deviating from an established baseline of electrical resistance. I attached GSR sensors to a micro-controller and had the resulting data sent into a program called Pure Data and then directed into a Native Instruments synthesizer, where truths and lies triggered different sounds. First, I did and interrogation of myself. Then I interrogated someone close to me and merged the two to create a unique score.

For the sex project, I attached Piezoelectric sensors—which sense vibration—to my and my partner’s arms, legs and chest. I took the data and mapped it to a midi range of notes that is played on the Native Instruments synthesizer software. That is to say I can trigger notes I choose by vibrating the sensors through body movements during sex.

For the suicide project, I found data on the government’s website and mapped it to my piano by dividing the number of suicides each month into a number small enough that it would fit on one of the 88 piano keys. I then played each note for every prefecture for a month starting in January. Then I cycled to the next month again and continued playing the notes for the number of suicides each month for the year.

What do you aim to accomplish with your work, both in general and regarding specific works?

I want people to re-imagine what is possible with sound. I want people to think ‘what if statistics could be experienced as melody, lie detectors as songs? What if melodies allowed us to have a more intimate interaction with the normally unheard world?’

Is there anything else you want to add?

I’d love to do an exhibition in New York. I also have a new synth punk album coming out in June. 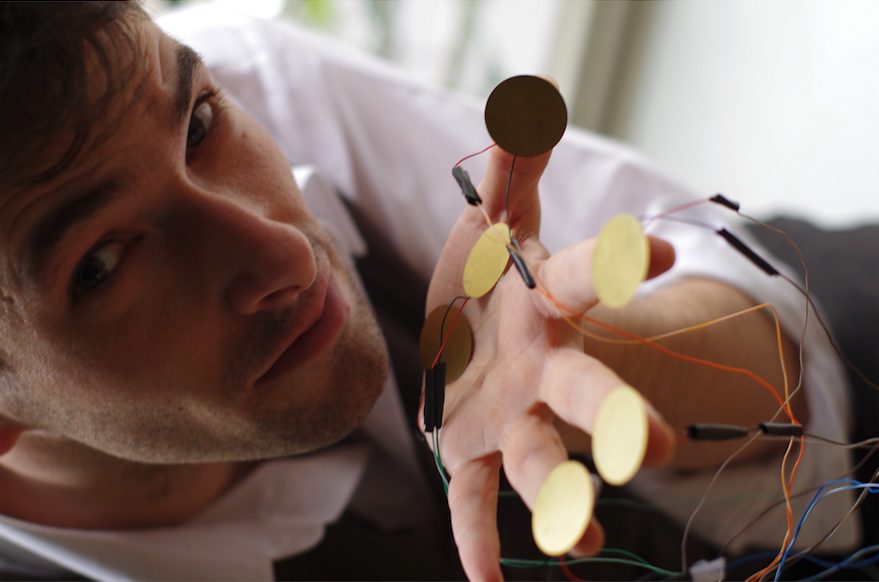