The Devil and the Deep Blue Sea, which premiered at the Tribeca Film Festival on April 14, transports audiences from the busy streets of New York into the bayou with appraising shots of New Orleans, thick accents, and characters with enough backyard to build a raft.

In the film, an architect named Henry (Jason Sudeikis) must rebuild his life after his pregnant, free spirited wife, Penny (Jessica Biel), and their unborn child die in a car accident. As he distances himself from his work and his mother-in-law (Mary Steenburgen), he takes refuge in a new project—giving shelter to a young girl, Millie (Maisie Williams), and helping her fulfill her ambitions to build a raft and sail away. It’s a movie about building—a family, a raft, a life—set in a city that has, itself, worked its way back from enormous destruction.

I sat down with Director Bill Purple and Jessica Biel (who also produced the movie) to discuss the challenges of reinventing yourself, working as a pregnant actress, and making an independent film.

In the film, the main character reinvents himself after a tragedy occurs. Have there been major events in your lives that led you in new directions?

Jessica: Definitely when I was finishing working on television as a kid and trying to make my way in film. Also after having a baby, you feel like a completely different person. I think this is another moment for a reinvention. I’m not quite sure how to navigate that yet.

Bill: Don’t reinvent too much, because you’re awesome.

Bill: I think for me, just choosing to be a filmmaker is a crazy, insane idea to begin with. I sort of fell out of film school into a production background for many years, trying to direct. So it was a big life shift when I had the opportunity to start directing.

Jessica, you mentioned being a new mother. In the film you play a pregnant mother, too.

Jessica: The experience of making the movie had so many parallels to our personal lives. It was amazing to not have to hide the pregnancy, to use the physicality and the emotional state.

Bill: I think it helped inform Jason too. Not only had he recently had his own son, but Jessica also literally disappeared from the shoot to have a baby. He was literally missing you and this child. I know that he drew from that.

Jessica: It’s just not normally that way on film. You usually have to create so much reality. And this reality was smack in everybody’s face.

Bill: You were such a trooper.

Jessica: What are you going to do?

You were pregnant throughout the whole filming process?

Bill: I think the toughest day was when she had to lie on the ground. It was like thirty degrees, which we didn’t expect in New Orleans. We had to bury heaters underground to keep her comfortable. I was like, “make sure she’s comfortable!”

Jessica: That’s the death scene that we’re talking about. I felt pretty comfortable, but our medic was really nervous about the whole thing. I was in my own head that day. It was more of an emotional strain. Luckily, there wasn’t a day when I couldn’t work because I wasn’t feeling well. But I do understand now why people don’t work in that capacity when they’re pregnant or that far along, just for the liability that the production company has to take on. Anything can happen at any moment! I didn’t really get it before. I was like, “what’s the big deal? Go to work and figure it out!”

New Orleans becomes its own character in the film. What are your own relationships to the city?

Jessica: I didn’t really have much of a relationship with the city because I hadn’t spent much time there. I had worked in Louisiana before, but not New Orleans.

Bill: My relationship started with this project. I spent time just researching it and immersing myself so it could become that character behind the scenes. Through that process, I learned that the lifeblood of that city is its people.

You mentioned music. Justin Timberlake was the composer for the film. What did you envision for the sound, and how did it evolve?

Bill: That was our first instinct—do we reflect, musically, the sound of the city? Justin, though, was very adamant that his primary job was to complement the scenes and what was going on emotionally. We got to a place where we realized it wasn’t necessary to say, “let’s get some zydeco music in there.” It was like, that’s not what’s servicing the story.

Where the idea came from, and how did you start working together?

Bill: I found the script off The Blacklist and brought it to Jess, who’d just started a production company. She responded to it, and we were like, “ all right, let’s do this.” We started the process of casting and thought of Jason. The story is very much like every independent film. It’s Sisyphean. All you’re doing is pushing this rock up the hill and it slides down. That happened to us a million times. At a certain point, we took the responsibility of saying, “we are going to make this film. We might be a hundred years old, but we are making this film.” Making an independent film is about perseverance.

Bill: The landscape of independent film is changing. It certainly changed after ’08 when the global economy collapsed. We went though a thousand financiers and versions of “we’ve got the money, we don’t have the money.” We lost half the money about two weeks before filming and were able to scramble. It’s very much about plate spinning, leaving no stone uncovered, being dogged. But the reward is, at the end of the day, you get to make a movie. 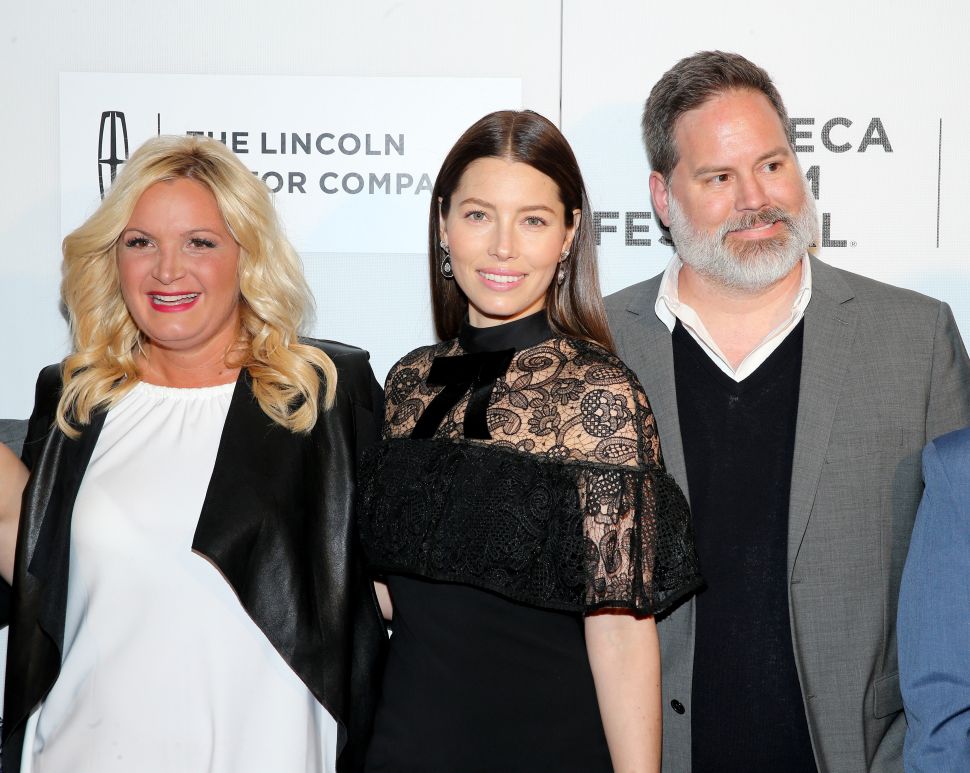