Mr. Kasich, speaking at the Women’s National Republican Club in Midtown, declared that their “path to darkness is the antithesis of all America has meant for 240 years.”

“To these people, today’s America is only seen as a broken place and the people who did the breaking are the other people with more money or less money, people with different sounding last names or different religious beliefs or different colored skin or different lifestyles or whatever,” he said in a speech he dubbed “Two Paths.” “You get the idea.”

As the distant third contender in a three-man GOP field, Mr. Kasich has tried to distinguish himself as a voice of moderation in a sea of rage. While Mr. Cruz, a Texas lawmaker, and Mr. Trump, a billionaire real estate developer, routinely denounce immigration and the threat posed from Islamic terrorists, Mr. Kasich is hoping he can break through with Republican moderates and demonstrate at a possibly deadlocked national convention that he’s the best path forward for the Republican Party.

His address came one week before the pivotal New York primary, which will award 95 delegates, more than most states. Mr. Trump has polled far ahead of the field in his native New York, but Mr. Kasich has stumped across the state in the hope of picking off enough delegates to eventually deny Mr. Trump the Republican nomination.

“As I’ve said repeatedly, I will not take the low road to the highest office in the land,” Mr. Kasich said, charging that those who have “wallowed in the mud” and “viciously attacked” each other are “not worthy” of the presidency.

“We all need to slow down and listen to others who are sometimes never listened to,” he continued. “We need to listen carefully.”

“There is no place for dividing, polarizing, pointing fingers or trading on short-term political gain.” 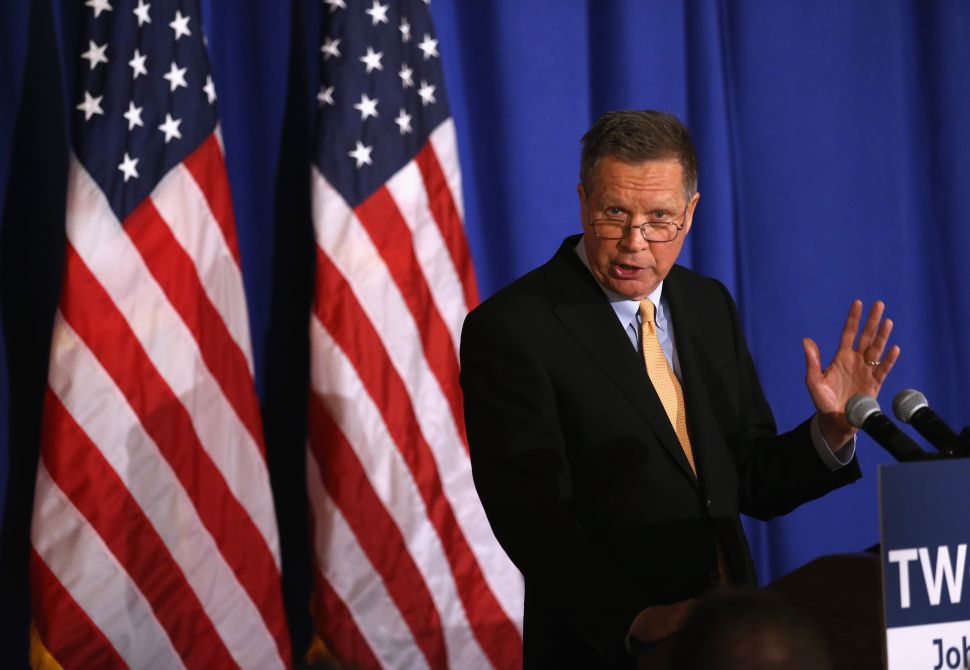