Ms. Gillibrand praised Mr. Wright’s work as chairman of the Assembly’s Housing Committee, and asserted he would push for Democratic priorities and protect entitlements in the House of Representatives. Republicans currently control both wings of Congress, but many anticipate Democrats will seize the Senate—but not the House—in this fall’s elections.

“Keith Wright has the values, determination, and courage to represent New Yorkers in Congress and I’m proud to support him,” the senator said in a statement. “Keith has distinguished himself as an advocate to create and protect affordable housing in New York. He can be counted on to create opportunities for our youth and protect our seniors and those most vulnerable.”

The candidate in turn lauded Ms. Gillibrand for her commitment to housing, infrastructure and women’s issues, which he vowed to take up himself if elected.

“We believe these issues are key to the economic future of our communities,” Mr. Wright said. “I am honored to have the support and confidence of U.S Senator Kirsten Gillibrand in my campaign to represent the 13th Congressional District.”

Mr. Wright is the Manhattan Democratic Party boss and a protege of Mr. Rangel, though the congressman has not yet formally endorsed him. A close ally of Gov. Andrew Cuomo, the lawmaker also has the backing of Assembly Speaker Carl Heastie—meaning Ms. Gillibrand appears to be aligning herself with much of the party power structure.

Former Gov. David Paterson, a Rangel ally who is also backing Mr. Wright for the House, in 2009 appointed then-Congresswoman Gillibrand to the Senate seat Hillary Clinton left vacant when she became secretary of state. 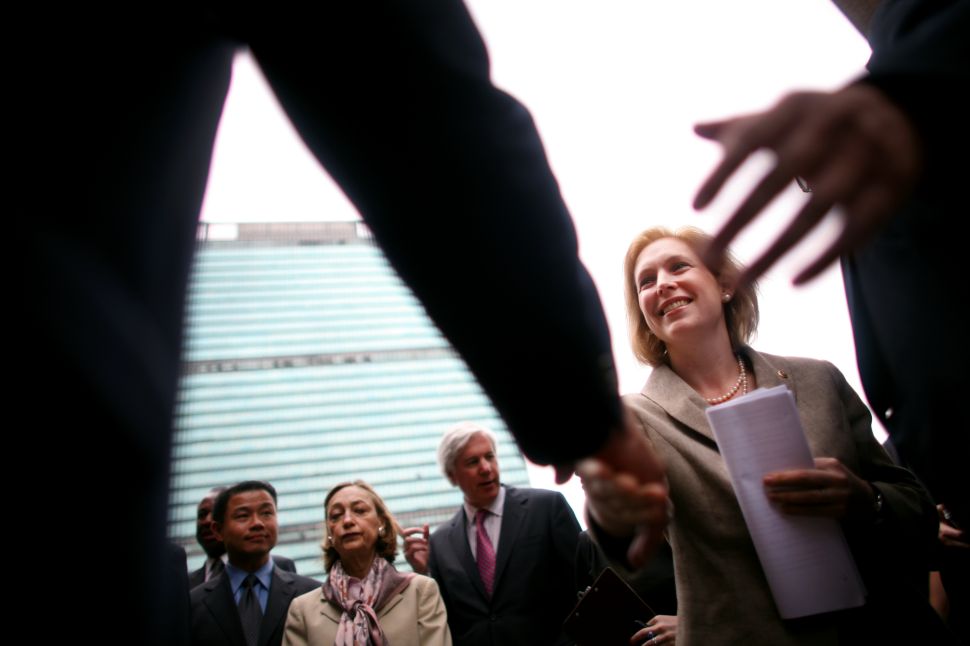