William Norwich, known to most as Billy, is not only a noted writer and editor, with clips at Vogue and right here at Observer under his belt, but he is a social mover and shaker. Thanks to his frequent appearances as a man-about-town, Mr. Norwich’s friends have come out en masse to support the release of his Simon & Schuster-published novel, “My Mrs. Brown.”

“The book happened as an accident on every level,” Mr. Norwich said yesterday at Casa Lever where Peggy Siegal assembled a power luncheon celebrating the book’s release. “I don’t want to say radicalize, but in my experience of working at Vogue, the feedback I would get often was from, you know, real women. ‘I’m over 30, what am I doing in the fashion system now?’ they would ask, and the propaganda of the red carpet says you have to go out tonight, or today maybe even to lunch, looking like Cinderella, and that’s not what everybody wants.”

The book was inspired by the tale of Mrs. ‘Arris Goes to Paris in which a cleaning woman is enchanted by a client’s Dior floral chiffon gown. “When I read that, I thought, ‘What would that dress be in America today?’” Mr. Norwich recalled. “It came to me that it would be tailoring, and that the luxury of fine tailoring is something that is never discussed. Then that became the journey of Mrs. Brown, and what that dress would be.” In the book, Mrs. Brown, described as a “woman with a secret,” travels to New York City to find said dress, which ultimately turns out to be a tailored look from Oscar de la Renta.

Mr. Norwich was joined at the luncheon by his co-hosts, Derek Blasberg and Dr. Samantha Boardman, along with photographer Douglas Friedman, Lauren Santo Domingo, Cristina Cuomo, and Chloe Malle. “She’s full of grace, and kindness, and dignity. As you get to know her she makes you want to be a better person,” Dr. Boardman said of Mrs. Brown, the novel’s protagonist. “I think we’ve all had people in our lives that like, who have elevated us, and done that for us. I would also hope that we have a little of Mrs. Brown in all of us too.” 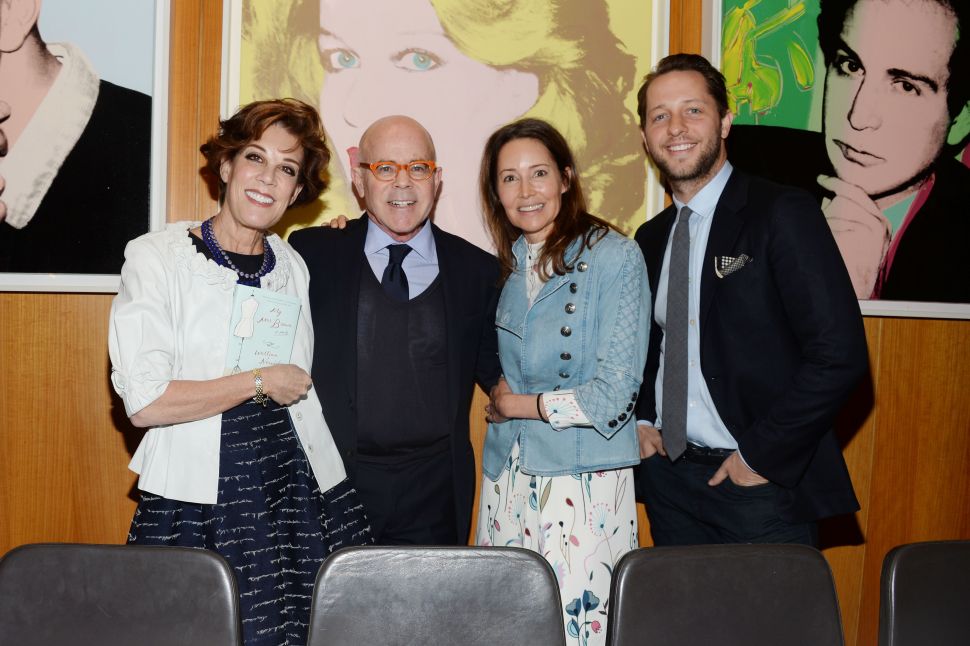