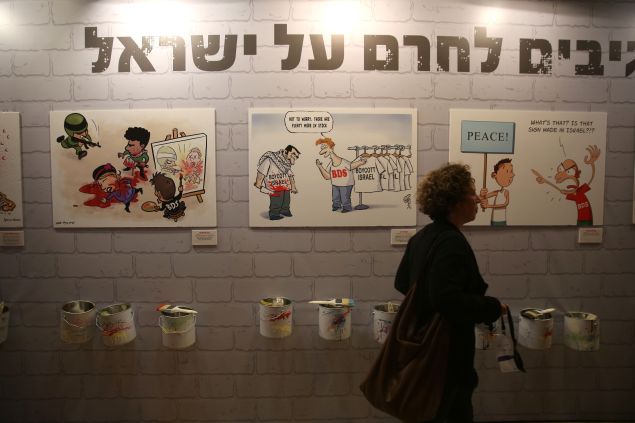 A woman walks past caricatures of Israeli artists against the Palestinian-led Boycott, Divestment and Sanctions (BDS) movement displayed during the Ynet and Yedioth Ahronoth’s anti-BDS conference on March 28, in Jerusalem. (Photo: Menahem Kahana/AFP/Getty Images)

As a short man with an outsized personality, I have always reveled in contradiction. So when being questioned on how a proponent of free speech can idly stand by when BDS is being silenced across the nation, I am troubled by the fact that I don’t care. It might be because of a genuine sense of hypocrisy, or my passionate apathy toward the those spouting complete nonsense. The law, however, is a curious mistress. She gives the right to be offensive, misguided and wrong, and fails to protect that person from the inevitable consequences arising out of exercising such a right.

For example, a professor is perfectly entitled to personally boycott Israeli research, despite it being the intellectual equivalent of sticking fingers in your ears and singing. However, should that professor decline to teach students the fruits of one of the most intellectually forward countries on Earth, such a stance is an abuse of authority and a dereliction of duty sufficient to warrant termination. If a college tolerates such a practice, it should be defunded by state or private donors.

It is common knowledge that very few working West Bank Arabs are assisted by having their jobs eviscerated, and a gay man in Gaza is in more danger than a lion at a Minnesotan dentists’ convention. However, is it justifiable to defund public colleges and implement laws mandating state divestment from enterprises that boycott Israel?

One might question why BDS is being singled out over and above, say, a Holocaust revisionist. Simply put, at this point in time, BDS supporters are uniquely disruptive and continually seek to stifle open debate by haranguing any opponent. Their object is not a personal boycott, but to force everybody else to tow a frayed line. Such activists confuse the freedom of speech—personal and individual to all—for an unfettered license to shout louder than anybody else, and authority to bully the colleges and companies into adopting anti-Israel, anti-commercial and anti-intellectual policies.

BDS does not merely seek for an individual to assert rights, but to force others and businesses to take an economic and foreign policy stance at odds with the government.

Any given state has its own economic and academic interests and is legitimately empowered to protect its institutions from being hijacked or railroaded by non-governmental organizations. However, there are limits to the prohibitive reach of the law as the Supreme Court has long considered economic, not academic boycotts to be protected First Amendment activity.

BDS does not merely seek for an individual to assert rights, but to force others and businesses to take an economic and foreign policy stance at odds with the government. The response is a protection for the state that has precedent in both treaty and trade legislation which provides preclusive power from doing business with entities that boycott Israel. As a result, laws have been enacted in South Carolina and Illinois, and bills have been introduced in 21 states from Alabama to Virginia. In plain language such laws allow the state to defund colleges and cancel contracts with those private businesses boycotting Israel.

There is also an undeniable link between anti-Semitism and BDS, which unlike the Labor party in the UK, the state legislatures of Florida, New Jersey and Pennsylvania have recognized as a matter of law. Unfortunately, as England is much more tolerant of the armchair anti-Semite (stuff for a later article), the problems and hostility Jewish students currently face on U.S. campuses, we were fighting in 1994. The administration of my alma mater had less spine than a wet rag doll and stolidly refused to interfere in student matters such as providing a safe space for all to explore the outer reaches of thought in a discrimination-free environment.

Much like the British universities—many of which have descended into hotbeds of radicalism—U.S. colleges are unable to regain control on their own. Jewish students are under threat, as are other minority groups, and it is only right that the state steps in to assume its rightful place as the protector. Just as a private donor is free to decline to continue donating to a college that tolerates anti-Semitism, the state is at liberty to communicate through its purse strings.

Of course, there is a curious sense of satisfaction when BDS complains that its attempts to steamroll political change by exerting economic pressure are being thwarted by financial starvation. 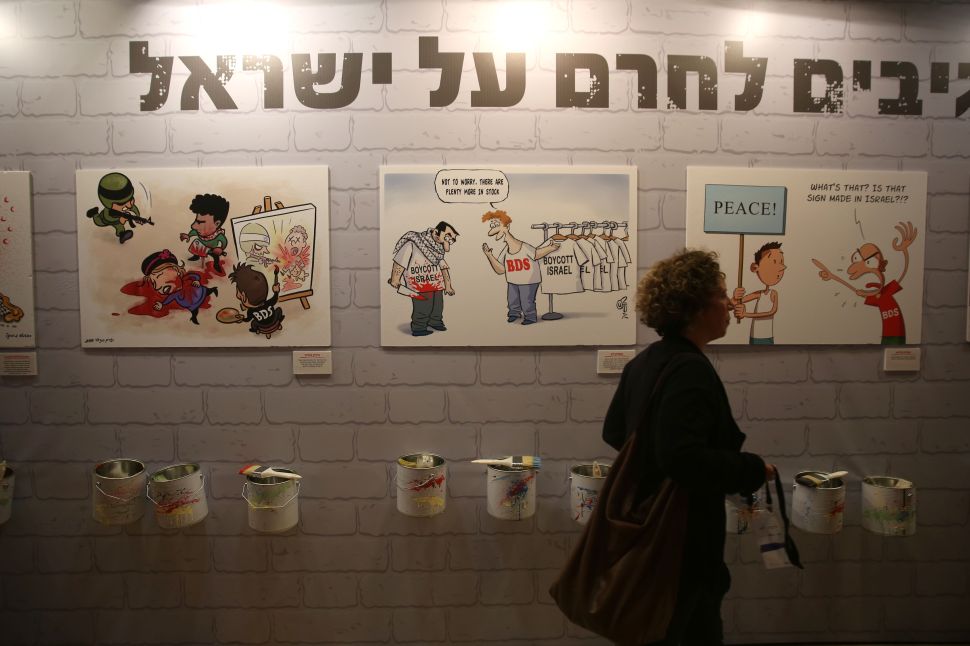