Students seeking a two-year degree at a public institution could shell out as little as $50 per term for their schooling if a new bill clears the State Legislature.

Brooklyn Assemblywoman Rodneyse Bichotte and Queens State Senator James Sanders have proposed matching legislation that would set aside $10 million to pay the balance of community college and technical school attendees’ tuition after financial aid and a $50 individual investment. The New York State Promise Bill would be part of a larger national drive outlined in President Barack Obama’s 2015 American College Promise proposal—a program which has stalled in Congress, but progressed at the local and state level with initiatives eliminating or alleviating the costs of an associate or vocational degree.

“We want to make sure we find ways for people who are living in this country to get an education, to have the American dream,” Ms. Bichotte told the Observer in a phone interview. “The issue obviously for most students is that they cannot afford to go to college. They are coming from an economically deprived or challenging situation where they are trying to work to support their families.”

The requirements for the Promise Bill largely mirror those Mr. Obama laid out in his education agenda. To be eligible for the tuition waiver, a student would have to be a 12-month resident of New York State, enrolled at least part-time in a public two-year program, have obtained a high school diploma or a GED, maintain a 2.5 grade point average, not already have a college degree or completed more than 90 credit hours of classes and have submitted the Free Application for Federal Student Aid, or FAFSA form.

Echoing Mr. Obama, the assemblywoman argued the program would allow more New Yorkers either to enter the workforce or make a wide stride toward completing a four-year degree.

‘This would allow students to go to college, learn a skill, and be able to immediately find a job, or turn around and continue their education,” she said.

The president’s plan, which has languished on the Hill, would finance 75 percent of the cost of subsidizing community college and leave the states to pick up the last quarter. But since that has failed to pass Congress, states and localities would have to shoulder the entire cost or rely on limited federal pilot stipends.

Gov. Andrew Cuomo was reportedly in talks with the White House last fall about introducing a free community college program in New York last year, according to the New York Post. The governor’s office put the cost of waiving tuition for two-year students at $500 million at that time—50 times what the Bichotte-Sanders proposal requests.

Mr. Cuomo’s team did not immediately respond to requests for comment. Tuition at the City University of New York’s community colleges runs between $4,800 and $4,900 a year, and Ms. Bichotte acknowledged that her bill could prompt a “surge” in community college attendance.

The New York State Promise Bill would not defray the cost of books or housing.

Ms. Bichotte argued that this legislation would be a major benchmark in a movement toward making all public colleges completely cost-free.

“Will that be a reality, I don’t know. But it will be a step closer. But tuition has become a mortgage to students and that’s just not fair,” she said. 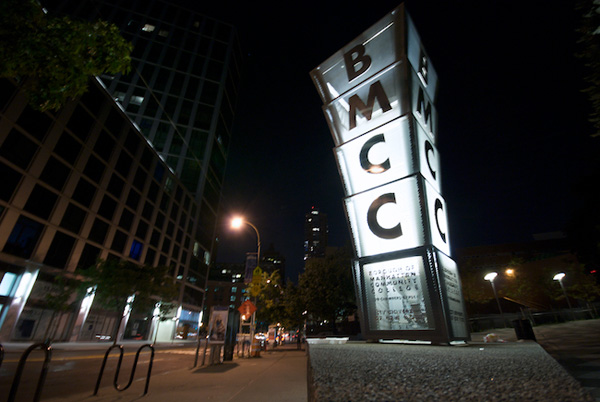