“I really wanted you to come here at 7 tonight,” Corcoran broker Julie Pham lamented as we walked into her $10.6 million listing at 100 11th Avenue. “It’s an insane view; it turns orange. It’s so sexy.”

Despite sadly missing golden hour, the southwest views of the Hudson River and the West Side cityscape from the living room windows of the 19th-floor condo were nonetheless still lovely in the early afternoon light.

“Jean Nouvel is great at creating museum quality, but you do have to warm it up a bit,” Ms. Pham said of the Pritzker Prize-winning architect’s building. “They redid the fireplace; it was plain white before”—it’s now black-accented with sparkling glass, complementing the white terrazzo floors.

“The artwork has all been curated by the owner’s designer,” Ms. Pham told us, and indeed, each piece was accompanied by a small wall plaque, adding to the unit’s gallery-like atmosphere. (The plaques proved rather helpful in the stainless steel and glass open kitchen, where we discovered colorful martini glasses not meant to be touched.)

“I haven’t seen this quality of interior design before,” Ms. Pham said emphatically, touching the wall coverings in the hallway to the bedrooms.

The quite large master suite boasted floor-to-ceiling windows across an entire wall and a white couch in a rather odd crevice in the corner, thanks to the geometric nature of the building.

The views from the second bedroom were particularly impressive, as the bed sat just a foot from the same-scale windows. (Those with any fear of heights might opt to sit on the plum-colored velvet chaise a bit further from the glass.)

The third and final bedroom featured a built-in headboard created to “neutralize a weird corner” and smaller windows.

“This whole place has an aquarium effect; it’s so soothing,” Ms. Pham said as we peered out the window again. “And you’re so far west, so it feels like you get an hour and a half more of light each day!” 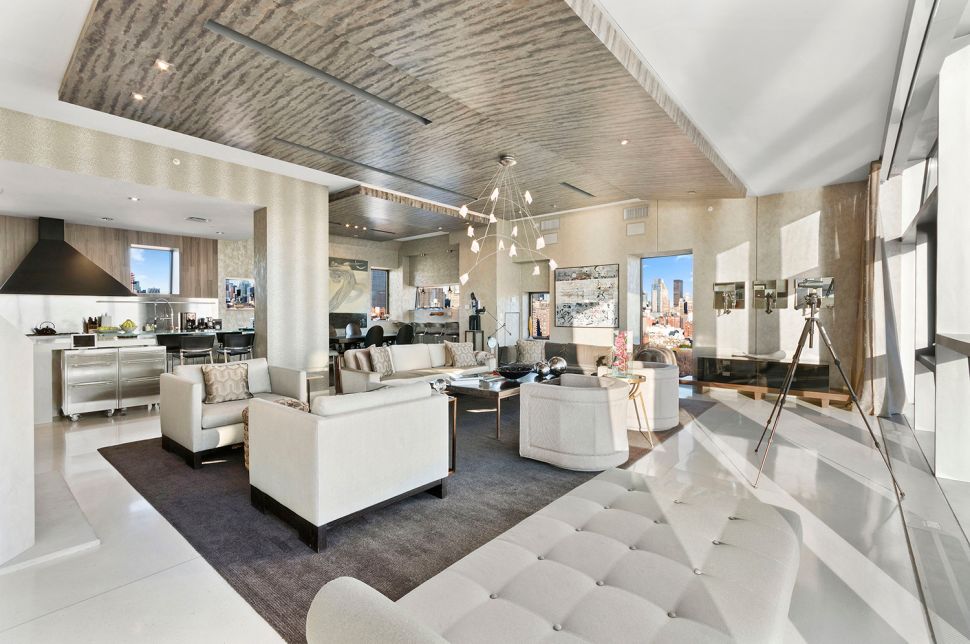