The results are in: March was a huge month for women in the arts on the internet. Wikipedia “edit-a-thons” across the world added over 2,000 new entries to the popular online encyclopedia, including pages for artists Liz Magic Laser, Julie Mehretu, Ana Mendieta, Wangechi Mutu, Faith Ringgold and Carrie Mae Weems. Meanwhile, the National Museum of Women in the Arts’ social media campaign was very successful, with 370 cultural institutions taking part.

MoMA’s third annual day-long edit-a-thon, hosted by the organization Art+Feminism on March 7, was one of numerous events held last month that invited members of the public to join in a “communal updating” of Wikipedia—training was provided for newbie editors and all you had to bring was your laptop—with the intent to increase participation among female editors and rectify the proportion of women represented on the widely cited website. As many have noted, women are less represented on the site in terms of both entries and contributing editors. In 2011, a Wikipedia survey of editors found that less than 10 percent of the site’s editors were women. 175 simultaneous similar events were held across 30 international countries in conjunction with Women’s History Month, including sessions hosted by the Tate Britain in London, the Los Angeles County Museum of Art and the NMWA in Washington, D.C.

In addition to the impressive number of new entries made at this year’s edit-a-thons, organizers reported triple the number of new articles written compared with the previous year, with 1,500 improvements made to existing pages, and twice as many participating editors. Over 2,500 people took part, and the group has 10 events already planned for April.

Running concurrent to the edit-a-thons, the NMWA’s online campaign to raise awareness for women artists, #5womenartists, began on March 1, and asked followers across Twitter, Facebook and Instagram to name female artists in their posts. Results from museum officials found that 11,000 individuals participated in the campaign, creating 3,300 Instagram posts and using the hashtag 23,000 times on Twitter. Nevertheless, larger figures about female representation in the art world remain less than equal to their male counterparts. National Academy Museum chief curator Maura Reilly took a tally of women artists represented in major museums for her 2015 Artnews article “Taking the Measure of Sexism: Facts, Figures, and Fixes.” According to her findings, in 2012, only four percent of artists on view at The Met were women, and in 2015, seven percent of works in MoMA’s galleries were by female artists.

It should be as easy to name #5womenartists as 5 male artists, should it not?! https://t.co/E23vSSXG0d

Thanks to everyone who wrote a name on our #5womenartists board! We collected well over 100 names! pic.twitter.com/cv2wQzTF7W

This #WomensHistoryMonth, we asked you to take the challenge: Can you name #5WomenArtists? https://t.co/2jEOQcYkt9 pic.twitter.com/A5fVmZoWdS 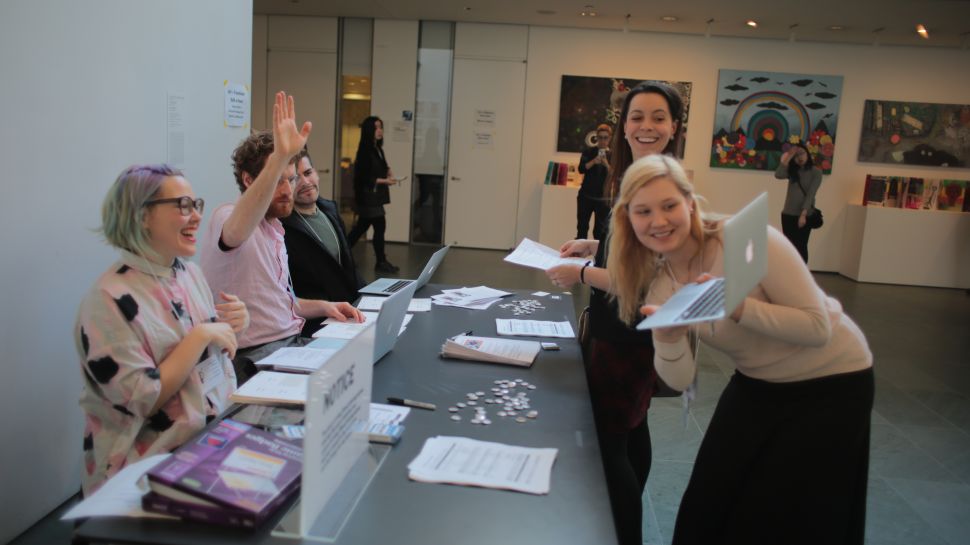