Mark Bradford has been chosen to represent the United States at the 57th Venice Biennale, the world’s leading exhibition of contemporary art, in 2017. A site-specific installation of newly created paintings by the artist will be presented by Brandeis University’s Rose Art Museum from May 13-November 26, 2017, the institution announced on Monday.

Mr. Bradford, 54, is perhaps America’s foremost living Abstract painter. The Los Angeles native often uses found materials imbued with social and political meaning, such as street signs plucked from abandoned lots or the paper implements used in neighborhood hair salons, to create thickly layered paintings in a process he described in a video interview with Art21 as “decollage and collage at the same time.” Mr. Bradford combines pieces of the found materials with paint and twine on canvas, sometimes adding text, and scrapes and sands the surface to reveal hidden color, texture and imagery.

The artist’s large scale paintings and installations explore issues of gender, race and sexuality, especially as they relate to major cultural events such as the AIDS crisis and the L.A. riots. His work was most recently shown in solo exhibitions at the Hammer Museum, Rose Art Museum, Cincinnati Art Museum and Whitney Museum. In November, Mr. Bradford will create his largest installation to date, filling the entirety of the Hirshhorn Museum and Sculpture Garden’s second level galleries with a “circular fresco,” as we previously reported. He is the recipient of a MacArthur Genius Grant and the Whitney’s prestigious Bucksbaum award, and is represented by Hauser & Wirth Gallery.

“As the leading American abstract painter of his generation and a vigorous advocate for the interests of under-represented urban communities in the U.S. and beyond, Bradford creates work that embodies art’s capacity to both inspire wonder and catalyze enduring social change,” Rose Art Museum director Christopher Bedford said in a statement.

While the Rose’s collection of nearly 8,000 objects is celebrated—they own an impressive selection of works by Willem de Kooning, Roy Lichtenstein and Jasper Johns, among others—the institution nearly collapsed during the 2008 recession, and contemplated deaccessioning its many masterpieces. After outcry from the art world and Brandeis faculty, the museum was renovated and re-opened in 2011.

The Rose’s presentation of the Mr. Bradford marks the first time the institution will oversee a project at the Biennale. The 2017 U.S. pavilion will be commissioned and co-curated by Mr. Bedford and Rose Museum curator-at-large Katy Siegel. 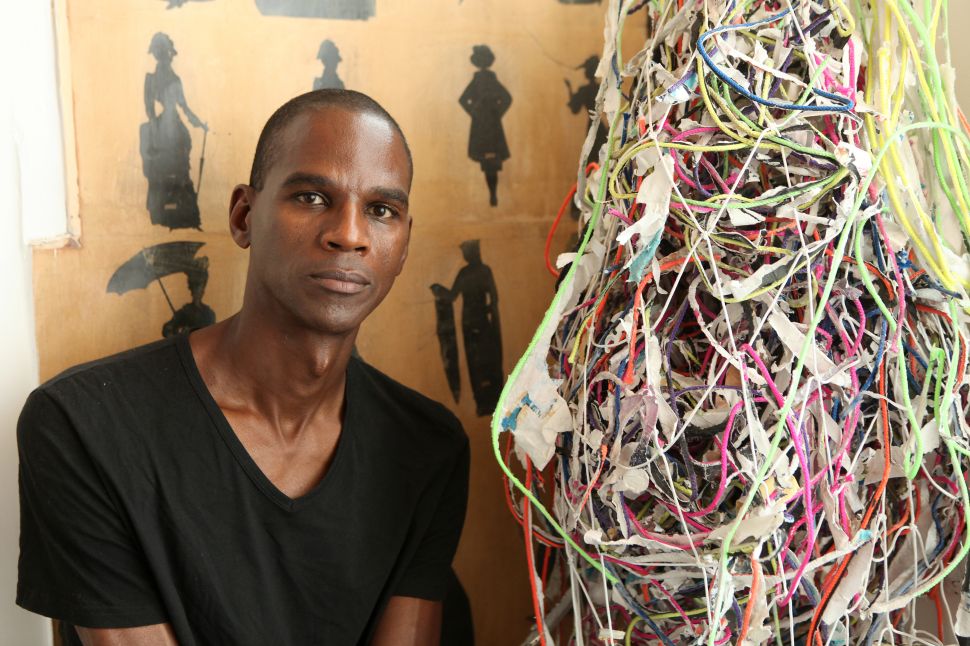