The mastermind behind such famed restaurants as Babbo and Del Posto has a new kitchen to prep.

Restaurateur Joe Bastianich, whose Batali & Bastianich Hospitality Group is made up of, you guessed it, his mother Lidia Bastianich and Mario Batali, said last year that he was making the move back to New York City and heading over to 10 Madison Square West. He’s officially done so, and in a big way–he’s purchased a $7.18 million condo in the building.

He put his five-bedroom Greenwich, Connecticut home on the market last May, asking $3.5 million for it—he said it was a “a serious wine and food guy’s house,” and he sure meant it. It has an eat-in kitchen with a custom-made table, a center island and Viking appliances—it also has storage for over 10,000 bottles of wine in the kitchen and in two temperature-controlled rooms, as well as space for hundreds of wine glasses.

Sure, that’s hard to compete with, but his new four-bedroom, 4.5-bath abode can definitely hold its own—the open chef’s kitchen, with an island breakfast bar made of Carrera marble, includes all stainless steel appliances, dual wall ovens, built-in burners, and an oversized dishwasher, all by Sub-Zero and Miele. There’s also a pantry and, of course, oversized wine cabinets. It does seem likely that Mr. Bastianich will have to put at least some of his wine glasses in storage…or maybe those drinking at Babbo will simply have some very chic wine glasses courtesy of the owner in the near future.

Outside of the kitchen, the 2,818-square-foot pad, which was listed by Douglas Elliman, has 11-foot beamed ceilings, 10-foot-tall windows, and white oak floors. The master suite has two dressing rooms, and the master bath has heated marble floors, double vanity, soaking tub, and a steam shower.

Mr. Bastianich, who left Fox’s Master Chef last year, said that his Greenwich, Connecticut kitchen had been used by not only his mother and Mario Batali, but also the Spotted Pig’s April Bloomfield as well as Dave Pasterneck. While his new apartment doesn’t have quite those credentials, it does have amenities like a spa treatment room, locker rooms with a steam and sauna, and a 60-foot heated lap pool and hot tub.

And of course, for when the food intake might just be too much, there’s also the fitness center managed by The Wright Fit, along with yoga and Pilates studios.

Correction: An earlier version of this article stated that the sales price was $17.18 million. It is $7.18 million. The Observer regrets the error. 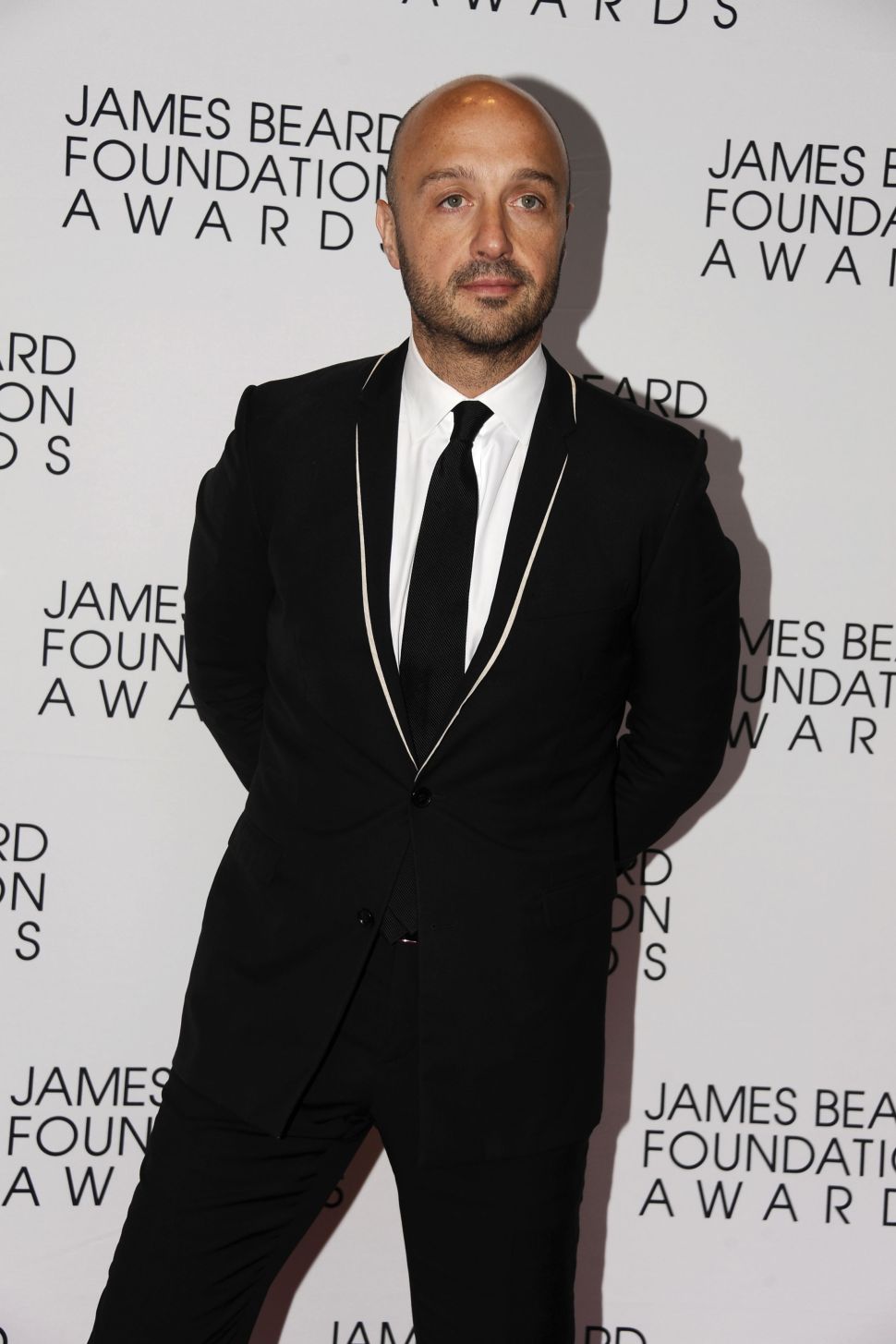