Last week, Medium announced Medium for Publishers, a publisher-in-a-box solution for small and medium-sized digital media companies. With it, Medium gives sites like Bill Simmons’ Ringer.com, The Awl, and the Pacific Standard a CMS, hosting, and advertising revenue.The move was met with applause, because these days, small and medium-sized publishers are crowded out by large platforms, both for readers, who crave social context and engaging, one-stop apps, and for advertisers, who also require one-stop shopping and engaged, targetable users. Alone, these publishers are stuck with tech that’s a burdensome commodity, and forced towards low-rent ad networks to make ends meet. Medium for Publishers solves these needs and makes long-tail publishing big in sum, giving publishers best-in-class tools, and handles the ad sales slog. The perceived goal is to make Medium a new, huge-enough, platform-style media company with independent publishers thriving on top of it.

This is probably the only viable strategy left to Medium, after “nouveau-blogging platform” and “funder-of-storytelling” both proved less-than-unicorny. However, it’s a more challenging venture than people realize, for two reasons. First, they decided to make revenue part of the deal, and they have a tough macro-market, an even tougher ramp up strategy, and some fundamentally misaligned incentives there. Second, they are building a platform in a very crowded space, rather than, as the venture capitalists would say, a “blue ocean”. And remember, the bar is set really high – Medium raised $82MM at a $400MM+ valuation – a billion-dollar company is the goal.

The market for selling digital ads is tough. Somewhat amusingly, the reason it is tough has to do with Medium’s original mission: that anyone with an internet connection can publish professional-grade content. Couple a massive oversupply of *decently entertaining* content, and a massive increase in hours spent consuming that content, with a limited amount of ad dollars — the result is permanently low prices for non-interruptive digital ads. Unfortunately, these are exactly the type of ads now available to Medium and its publishers.

When content is easy to replace in terms of its entertainment and/or informational value (which most small publisher and blog content is) users won’t tolerate high-impact, interruptive advertising like they do on TV or Hulu. This is where native ads come in. Native ads are seen as a savior mainly because of a price bubble that occurs around most hot new things in digital advertising (some native ads have higher cost-per than Super Bowl ads, today). Realistically, though, native ads are an evolution of hit-the-monkey flash banners. If an ad can’t interrupt to tell an advertiser’s story, then it has to work really hard to do while the reader scrolls on by. (Note: Content that can’t support interruptive advertising also tends not to do well asking users to pay, though we see exceptions with long-trusted brands.)

This is all to say that Medium’s plan to rip out their publishers standard banner ad inventory for a big bet on a format that is basically a slightly more valuable banner ad is a bet that could leave many unhappy. Facebook’s native ads, for example, are widely available for less than $1 CPM. For all their shortcomings, at the very least banner ads were widely available and predictable, and publishers can modulate them based on business needs. Now, Medium Publishers must rely only on Medium’s native ad platform and their own supplementary sales efforts. Many don’t have the resources for their own sales teams, and even if they do, they now can’t trade in the easiest thing to sell to ad agencies: banners. Worse, the best way to boost the efficacy of in-feed-style, non-interruptive advertising is with robust user data, of the sort Facebook has, and Medium certainly does not.

Medium has to ramp up a newer, harder ad format that won’t yield much higher prices, without data, in a tough market, fast enough to satisfy the P&Ls of every website they bring on before they run out of venture capital. It strikes me as a good lesson that even Facebook, with the most powerful ad platform in the world, didn’t try to satisfy publisher revenue needs until they’d achieved massive scale, got into a war for attention with competing platforms, and still it’s been hard, and likely not their largest focus.

Medium reaches 25 million monthly uniques. Speculating for the purpose of illustration, those uniques might reasonably generate a 100mm monthly page views. The natural equilibrium for monetizing a site like this might be a $7.50 RPM, globally over the year. That puts them at $9mm revenue per year if they are selling out the site. That number would have to double or triple, without adding any new publishers, to come close to supporting the dozen sites they’ve signed up plus the company itself. And it will have to quintuple, and keep growing, to support a $400MM+ valuation. It’s not impossible, but it’s harder than they think it will be—the fact that they also want to change the way advertisers measure their advertising in a $600bn+ global industry is evidence they’re underestimating the task.

Then what will happen when publishers start seeing Medium’s ads go on the free, amateur blog pages? This was the downfall of the vertical ad networks, and companies like Say Media. They had to serve two masters, whose interests weren’t aligned—their publishers, who can leave for WordPress-plus-banner-ads at any moment, with their advertisers, who want the best possible ad campaign. Throw their own interest on top of this (the fact that Medium will make more money putting ads on the unprofessional content) and it’s a challenging tightrope walk.

The final thing that struck me about the announcement is the Facebook piece: that Medium for Publishers auto-publishes to Facebook Instant Articles (and Google’s AMP). It might not quite be an admission of the venture’s pending obsolescence, but at the very least admits the market is crowded.

Which is, after all, why Medium for Publishers is in for such a challenge. They are trying to build a new platform in a crowded space. Everyone here has other options, and anyone can leave if their needs aren’t met or they miss their old banner ads or they get a better revenue offer elsewhere. With everyone’s interests misaligned, the hoped-for network effects won’t materialize. Remember that the great new digital platforms were built in brand-new spaces. When Ev built Blogger, he was building in a brand-new space. When he built Twitter, he was in a brand-new space. Medium is not that, and just like we’re unlikely to see a new social network platform, or a new email and search platform, arise in the coming decades, we’re equally unlikely to see a new publishing platform of the nature Medium is envisioning emerge. It might be a small concern, or even a success by any non-venture capital perspective, and I can’t underestimate Ev’s limitless checkbook. I’d love to be wrong, but to me this seems like a good idea in theory only, and not the next billion-dollar media platform.

Alex Magnin is a Brooklyn-based technology and digital media entrepreneur. He is the CRO & a Partner of ThoughtCatalog, where this post originally ran. For more media industry thoughts, join his email list here. 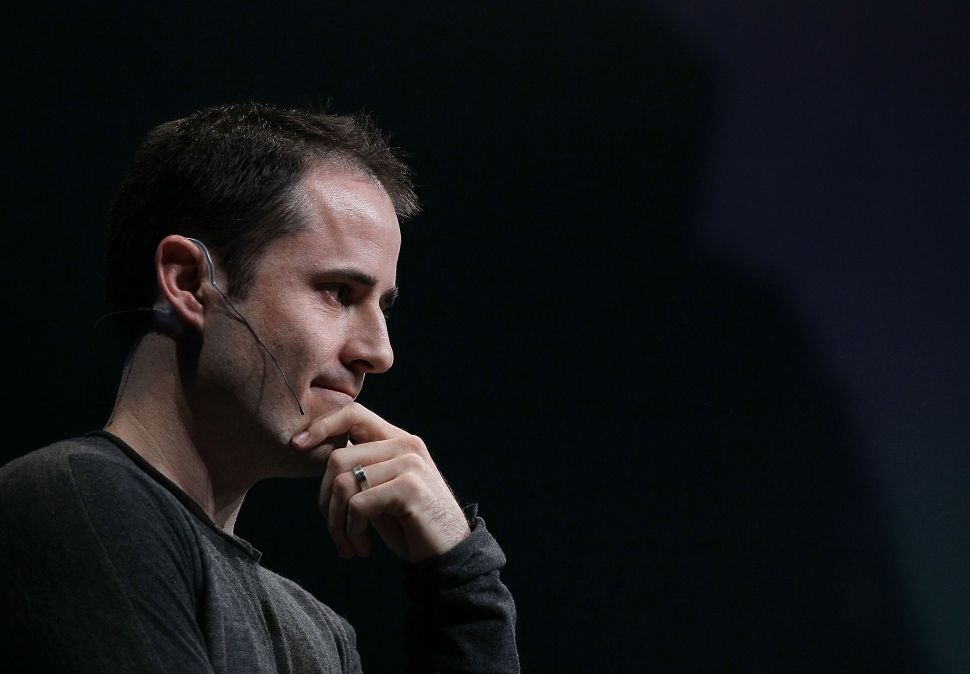