I first met Brian Lam in 2009 at a coffee shop called the Squat and Gobble. He was an editor at Gizmodo and I was at American Apparel. We spoke about blogging and how quickly the internet cycle moved. Then he nicely drove me to San Francisco’s Mission District where I was yelled at for hours by angry residents for daring to try to open a store there.

Over the intervening years, I’ve watched Brian become on of the most interesting figures in media. In John Biggs’ analysis of 11 years of blogging, he said that all bloggers get fat (and bitter) the longer they do the job. Brian moved to Hawaii, appears to be genuinely happy and most impressively has created one of the best and most unique media companies in the world.

His site, The Wirecutter, has become a quiet powerhouse, even though it deliberately ignores the playbook pioneered by media empires like Gawker, BuzzFeed and Business Insider. It’s bootstrapped, it’s profitable, it hasn’t tried to reach massive scale, it doesn’t produce linkbait, and it actually stands behind its own reporting (which happens to be excellent—I used their post on routers to buy a new one at Best Buy last week).

As Brian told David Carr at the New York Times a few years ago, “I was tired of doing posts that were obsolete three hours after I wrote them. I wanted evergreen content that didn’t have to be updated constantly in order to hunt traffic. I wanted to publish things that were useful.”

And that’s exactly what he’s done—to massive success. In 2015, The Wirecutter generated $150 million dollars in e-commerce transactions. It makes its money from a commission on these sales, rather than from the toxic pageview model we’d discussed so often here in this column. In many ways, The Wirecutter is an example of what’s possible when people stop doing things the way everyone else is doing them and carve their own path—based on principles and authenticity. As Brian told Lifehacker a few years ago “best thing I ever did was get out of news. There is an undeniable truth that when you’re in a job, you have to do the job under certain terms and constraints and stresses that you have no way of avoiding. But no one said you have to keep jobs that drive you nuts.”

Which is why I wanted to interview Brian to talk about his venture and his lifestyle approach to entrepreneurship.

When you set out to create The Wirecutter were you thinking consciously about a different economic or business model? Is there something you were reacting against?

NOPE. Content and readers first. I really didn’t care about how we were going to make money, except existentially. Anyone who purposefully goes to make a publication putting content as a secondary thing to the business model will end up making shit, generally.

It seems to me that your focus on affiliate revenue instead of traditional or native advertising more clearly aligns your interests with the readers. Has that been your experiences? Do the writers like it?

Most people aren’t smart enough to realize that it is less conflicted than advertising in a lot of ways. Writers here just care about a) figuring out what gear is best b) helping people. The best, most helpful articles also tend to do well for us (not exactly that clear cut but it’s mostly aligned). So they don’t really worry about that at all as writers.

But you do do some traditional banner advertising right? I see a Hush Puppies ad at the top of the site right now.

Yes. As a bootstrapped, 4 year old, independent company, we try to be as commercially successful as we can, so we can use those funds to be safe and grow, and build cool new stuff we think readers will like, and that we will like. It sounds obvious, but for some reason, that mode of operating seems to be pretty rare these days. (I suppose I’d describe it as a small business, not exactly a startup.)

What do you mean by your belief that “you shouldn’t trust anyone for your gadget advice who doesn’t have a life inside and outside gadgets?” Is that something you feel isn’t true in some journalism these days?

Beat knowledge is valuable, but so is outsider knowledge and perspective. That’s what I meant. Is that clear? Happy to clarify but didn’t want to mansplain to you.

One of the things a CPM advertising does is motivate publishers to constantly grow traffic—more articles, more views per article. I feel like writers, because they naturally want their work to be seen by many people, partially have that motivation already and as we’ve all seen, these two interests combine in a pretty wicked way sometimes. Has it been a relief creating a site where that is at least partially reduced?

No, it’s still high pressure, despite my reputation as someone who naps and surfs a lot. Having said that, we have pretty high revenue per page. Maybe that which is 10x-20x that of most other places in some cases. That metric is a function of trust.

Is that how you’re able to run the operation from Hawaii instead of SF or Brooklyn?

I basically am able to run it from Hawaii because I have no bosses, no investors, no board and I really like living here and no one is able to stop me. =P

I mean, even I am very much outside this system myself but when I saw The Wirecutter only has 19k Facebook fans, I gasped a little bit. Every other publisher is living and dying based on social media. They’re forced to play that game. Yet you guys have managed to do some $150M in product sales through the site. How has that worked?

Social media is more finely attuned to news or viral videos. People use social media and news often when they want to waste a lot of time. People come and find us when they want someone who is really focused on helping them spend money wisely. Having said that, we waited 3 years before we even bothered with a social media person because we were hyper focused on doing one thing—making sure we recommend awesome stuff. That was it. Everything else was word of mouth.

Back to your location, because that was one of the things I also reacted to. You’re in Hawaii, Jacqui [the editor-in-chief] is in Chicago. The idea that you guys assign writers to spend months on a story…that’s a timeline that become increasingly impossible for many outlets. How much of your economic model creates the ability to invest more in individual stories? How much of that is a cultural mandate inside the company?

A lot of investment in stories is what we do. But we’re using data to do this more intelligently so we don’t become academic and go down rabbit holes pointlessly. We have to be action oriented and outcome oriented for our readers and for our own accountability and effectiveness as a small team.

Final question: Some would argue that while it’s nice you’re not a slave to advertisers, there is still conflict or bias in using affiliate links. I’ve gotten this complaint a few times myself with my reading list email—where I use Amazon links. How do you handle this? Do you ever link to stuff you don’t recommend? (I’ve struggled with that). Although with Amazon’s pretty generous return policy, if someone doesn’t like what they bought, it’s not like they stuck with it.

Yea, that’s a reasonable worry. We use full disclosure and epic, unquestionably amazing work that puts all our heart and mind and time out there for people to evaluate themselves. Also, we have biz and edit people operate in a fire walled fashion.

Interview: After 11,000 Posts, This Blogger Reveals All the Problems With the Media
EXCLUSIVE: How This Marketer Created a Fake Best Seller—And Got a Real Book Deal
How Rumblr’s Marketing Agency Gamed the Media for $100k in Business
EXCLUSIVE: Meet the Social Media Genius Behind Dan Bilzerian and Verne Troyer
This Restaurant Made Fools of Hipsters Everywhere (Or Did They?)
Meet the Genius Whose Chrome Extension Bans All Kardashian Content From Your Computer
EXCLUSIVE: Author of New Zealand’s First Banned Book in 22 Years Speaks Out
An Interview With the 16-Year-Old Media Manipulator Who Deceived The New York Times
Exclusive Interview: Meet Maddox, Owner of the Internet’s ‘Best Page in the Universe’
EXCLUSIVE: Behind the Facebook Prank That Gamed Reddit And Reached 1M Pageviews
EXCLUSIVE: How This Left-Wing Activist Manipulates the Media to Spread His Message
EXCLUSIVE: ‘Digital Darth Vader’ Charles C. Johnson On Manipulating Politics and Media
Meet the Journalist Who Fooled Millions About Chocolate and Weight Loss 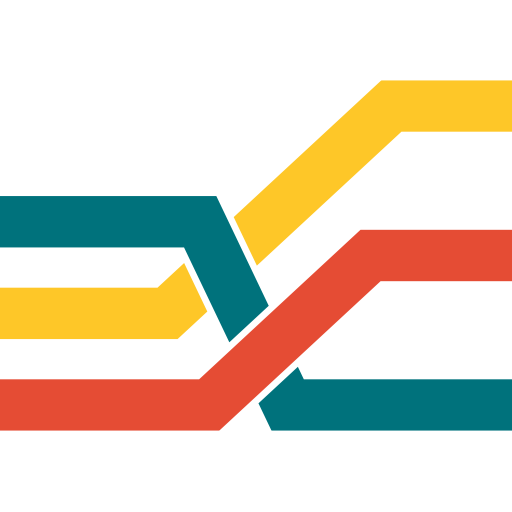