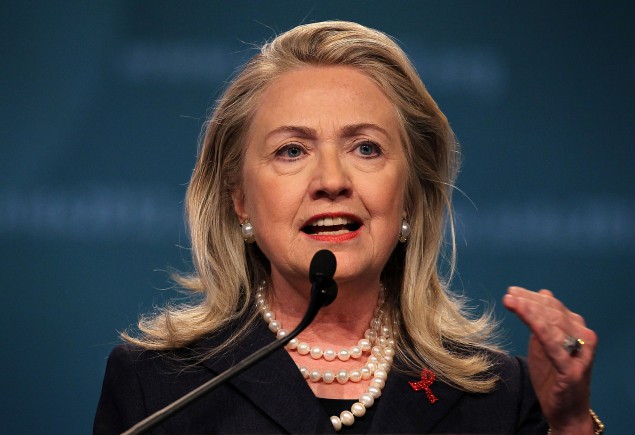 Hillary Clinton leads Bernie Sanders by 12 points in the upcoming New York Democratic primary.  The Monmouth University Poll found that likely voters consider Sanders, who left the state after high school, as much of a New Yorker as Clinton, who has lived in the state for 16 years and was twice elected as its U.S. Senator.

Currently, 51% of likely Democratic primary voters in New York support Clinton compared to 39% who support Sanders.  Another 9% do not have a candidate preference with just over a week to go before the election.

The race is basically tied among non-Hispanic white primary voters (48% for Sanders and 46% for Clinton), while Clinton enjoys a large lead among black, Hispanic and other voters (62% to 22%).  Clinton holds a significant advantage among voters age 50 and older (57% to 36%), while the race is much closer among voters under 50 (45% for Clinton to 43% for Sanders).

Clinton earns similar levels of support across the state, including Manhattan and the Bronx (52%), Brooklyn and Queens (48%), Staten Island and the metro suburbs of Nassau, Suffolk, Westchester, Rockland, Orange, and Putnam counties (51%), and upstate New York (51%).  Sanders performs better upstate (44%) and in the metro suburbs (41%) than he does in Brooklyn/Queens (36%) or Manhattan/Bronx (35%).  However, 13% of primary voters in these four New York City boroughs say they do not have a candidate preference.

“It is worth noting that a significant number of minority voters in New York City are undecided.  Based on past primaries, these should turn out to be Clinton voters, but Sanders is making an all-out appeal for their support,” said Patrick Murray, director of the independent Monmouth University Polling Institute.

“I’m sure the Clinton camp was hoping for a much bigger lead in her adopted home state, but any such advantage appears to be limited against Sanders,” said Murray.

A majority of likely Democratic primary voters (54%) say they are certain about their vote choice, with slightly more Sanders supporters (65%) than Clinton supporters (56%) saying their choice is locked in.  Another 24% have a strong preference but are willing to change their minds, 6% have only a slight preference, and 16% say they really are undecided even if they name a candidate choice.