Along with Julian Schnabel and a few others, David Salle can lay claim to being one of the progenitors of the Postmodern painting movement that burst onto the scene of a blistering art market in New York City in the 1980s. Today, Mr. Salle continues to produce his elegant, psychological paintings, distinguished by layered and/or incongruous juxtapositions of imagery.

But there is so much more to this Cal Arts grad than the paragraph that art history books currently afford him. Aside from his almost manic desire to broaden his artistic reach—including forays into curating, writing, criticism, film directing and set and theatre design—the artist has maintained a focused affinity for all things painting. Now, he’s curated an impeccable two-gallery exhibition of paintings, titled “Nice Weather,” currently on view at both the uptown and Chelsea spaces of the Skarstedt gallery, through April 16.

Observer spoke with this impish ambassador of painting at his tranquil Brooklyn studio about… what else?

How did this show come about? Curating a 2-gallery show in two different neighborhoods is a pretty big undertaking.

It was Per [Skarstedt]’s idea, really. He knew I was interested in curating. We had talked about it for some time, in a vague way, and then it all happened very fast. Then it expanded, and we found that we needed both spaces, which miraculously became available. Also miraculously, all the artists I approached said yes.

Did you ever have a moment where you were like ‘Oh God, we need the Rashid Johnson downtown instead of uptown!’ and you had to send a guy down in a cab?

Only one, but I’m not going to tell you what it is.

When you curate, you almost always make artists look their best. I always find myself saying, ‘that’s the best painting I’ve seen by so-and-so in forever.’ Why is that?

Well that was the idea. In this case, they’re all very good artists to start with. But things really start to pop from the specific juxtapositions in the installation. There is some added value, some extra energy when you put these things with a certain level of intensity together.

So is that the common thread here—to bring together artists that all have a certain kind of ‘intensity’ in their work?

The show was a way to test a thesis about difference and similarity. I would say that everyone’s work has a high degree of visual identity, and all the works have what Alex Katz calls “inside energy,” which I take to mean an inner sense of vitality that enlivens the surface. The installation presents this idea of continuity in a way that is hopefully fresh and experiential. I mean, what Mary Weatherford does is formally quite different from Martha Diamond, just to take one example, but there is some other, attitudinal quality that makes their work conversant with each other. Think of it as a party: a group of strong personalities, each with something to say.

But on the other hand, it seems like a goal of a lot of painters is to make something that uses a painterly energy to go beyond language, something that often makes interviews with painters difficult…

Painting, like music or dance, is performative. What you see is the result of what someone did, something made at the end of a brush. It doesn’t mean you can’t talk about it, but you have to reach for the accurate verbal equivalent, and it’s very hard if you don’t actually know how paintings are made.

And these artists are all definitively ‘painters’ in your mind?

It’s a painting show. I wanted to include Rosemary Troeckel—whose work I very much admire—even though technically speaking she isn’t a painter, because her work has a definite physical, textural character and presence that is so connected to any discussion of painting as a made thing. That was exactly the kind of connection I was trying to make.

You mentioned that the works in the show all own a kind of “singularity,” which I think is fascinating since there was this view of your own work that you were some sort of poster boy for Postmodernism, due to your disjointed, multilayered paintings that seemed to sum up the fractured and jam-packed nature of modern city life.

There are different ways to make unity in a painting. My own inclination has been towards more fragmented, all over compositions, but there was no didactic intention for the show, except to put good paintings together in a room. Part of my experiment was to put certain paintings together to find out what, if any, reciprocity there would be between things that do not look related on the surface. It’s what we painters do in our heads all the time. Blair Thurman’s piece for example, is very “unitary,” while Cecily Brown’s painting is very fragmented and “all-over,” and yet they work together wonderfully. The spirit, or the personalities of the works are quite companionable.

It’s also interesting that despite all of the postmodern dialogue surrounding your work and how far technology has come since the beginning of your career, you’ve sort of ‘stayed in love’ with painting as a medium and focused on it in all your activities, whether it be art making, writing or curating. Is that because you still spend hours every day in the studio, doing this one particular thing?

I’m pretty restless, and there are a lot of things that I’m interested in, but to really know about something in sufficient depth—to have something to say about it—that’s something else entirely. I don’t know how many real sensitivities one person can have. I’m happy to have one. And yes, I still spend most days in the studio.

The other thing I really liked about this show is that it’s a nice mix of known quantities like Ross Bleckner, for instance, who has a fantastic painting in the show, and artists that you’ve maybe never heard of like Nicole Wittenberg, who offers two small yet exceptionally vigorous and exciting paintings.

Yes, Nicole’s work should be much better known. I enjoy the pleasure of discovery as a way to broaden the lineage of painting, considering a work or artist as a counterpoint to another. It’s common to make divisions in art based on fame, age, etc. What’s more interesting to me is the reverse: continuity over time and a shared intent.

It makes one think that it is actually quite difficult to not subdivide into categories when creating, and perhaps that it’s something artists do quite well.

That reminds me of a piece I read years ago by Milan Kundera, essentially explaining why he doesn’t like to be called an “Eastern European writer.” You know, Kafka and all that…they’re both Czech, so of course must have a direct lineage. But Kundera says, “No. I have no interest in Kafka. He has nothing to do with my work.” He goes on to claim a very different set of ancestors. Edmund Wilson made a similar point when he said that Flaubert had more in common with Dante than with Balzac, who was writing at roughly the same time, in the same realist tradition.

Well, there are personalities… 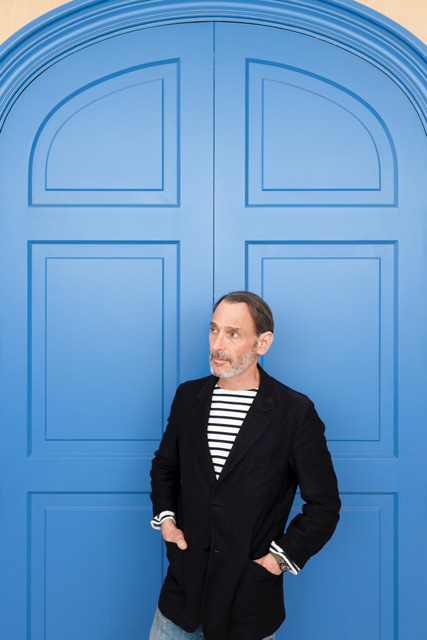