Dressed in hot pink high heels and an even brighter floral dress, Sarah Forbes stood out against the black walls of the Museum of Sex’s top floor galleries. During a private tour with the Observer the other afternoon, she lit up while detailing the history of some of the rare artifacts in the collection—among them a Braille edition of Playboy, a copy of a 1960s Valentino dress made from thousands of condoms and a very Russ Meyer skintight black “Torpedo Tit Catsuit,” which she did indeed try on (and Instagram) before displaying. “I was like, ‘I think it’s my size,’ so I had to,” she said.

After a brief stint as assistant curator, the museum tapped the then-24-year-old to stage the museum’s exhibitions. Around the same time, she became single and had to face the New York dating scene with a career that is more bomb than barstool banter. With many suitors failing to realize she came into the job because of her academic research in anthropology rather than her sexual appetite, invitations to underground orgies ensued. Another relationship ended in part because the man’s traditional Muslim family would’ve frowned on her chosen career. In her book she wrote, “It had become my identity. I had become ‘Sarah Sex,’ and it wasn’t doing me any favors.” 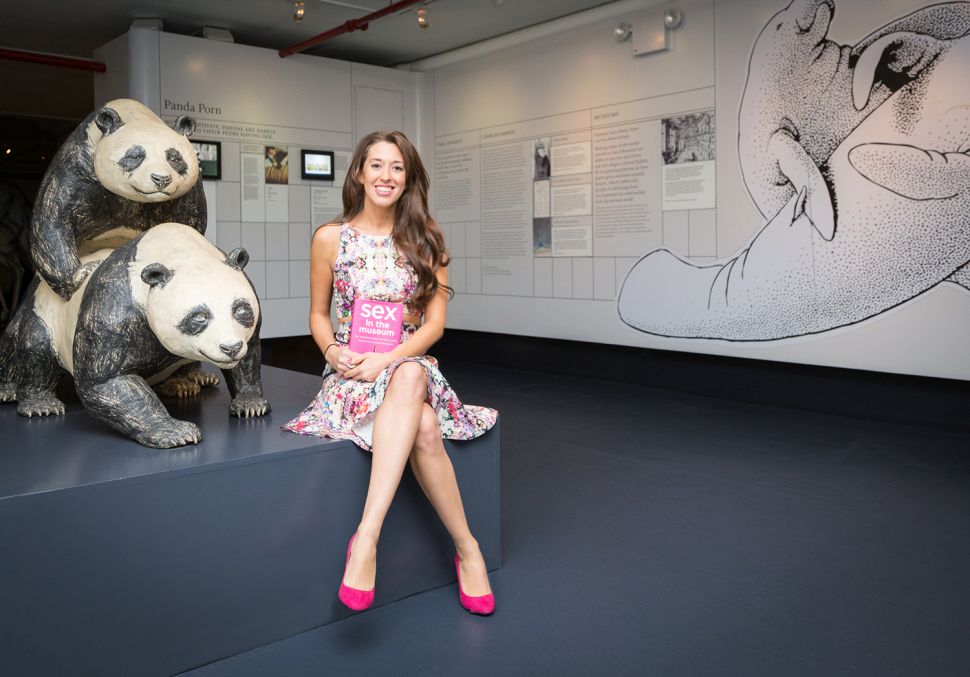