Media publishing used to be an “if you build it, they will come” business. Publishers had access to expensive setups, like printing presses and delivery trucks, or scarce goods, like exclusive broadcasting rights. This limited supply of media was met with ripe demand from advertisers with few options for reaching mass audiences. Media used to be in a great position. The product drove the revenue, and selling the media product was the only way the media companies made money.

Now, there is no barrier to producing media. The flood of content, and the huge increase in our time spent consuming it, creates an overwhelming supply of ad space, while demand for ads stays steady. The supply-demand imbalance has transformed advertising from a sellers’ to a buyers’ market, and has changed the fortunes of the media industry.

The effect is particularly pronounced in digital, so digital publishers have shifted how they make money from advertisers. They now offer more services, like content studios, native advertising production, and even full ad agencies. The way digital publishers make money now can be plotted on a spectrum, between product-driven and service-driven revenue.

In traditional media, selling a TV slot is a good example of product-driven revenue. There may be a salesperson providing hand-holding, and a free lunch and some negotiation, but basically the advertiser is buying the media product. We can say this revenue is 90%+ product-driven. On the other end of the spectrum is a creative ad agency. They don’t sell a tangible good — their revenue comes 100% from the services they provide the advertising client.

These are different types of businesses that produce different outcomes. In general, service-driven revenue doesn’t scale, which is to say it has a high marginal cost, and is generally less profitable than product-driven revenue. The problem is that people do services[1]. So to provide more services, a company must add more people. On the other hand, a piece of media content has a fixed cost to produce, but once made it costs nearly nothing to insert ads and distribute it to millions of people. Product-driven revenue follows the mantra “make it once, sell it a million times”, where services are “make it once, sell it once.” In a vacuum, this can make the product-driven revenue model for media more attractive than the service-driven one.

For example, Facebook, with their product-driven revenue model, had 45% EBITDA margins in 2015 — an exceptional outcome. Traditional “build it and they will come” media companies like 21st Century Fox, CBS and Viacom boast 20-40% EBITDA margins. On the other hand, service-driven revenue models like the ad agency conglomerates WPP and IPG made 15% and 13%, respectively[2][3]. At first glance, it’s natural to think that new media companies should follow the traditional, product-driven revenue approach.

Today’s typical digital publisher, though, has faced a series of choices that move them towards service-driven revenue. The story goes like this: first, digital media sites today have the option of tapping into the programmatic ad ecosystem. Anyone with a website can put standardized ad slots up for auction to automatically sell their ads. This (under-appreciated) efficiency — sales without a salesperson — creates revenue that is purely product-driven. However, the rates are low. A more ambitious publisher does the math and sees that hiring a sales team to approach advertisers directly will lead to higher rates. The sales team provides light services, like research, special ad packages, and account management. But this market is competitive too, because any site with reasonable scale has done the same math and also hired a sales team, putting pressure on prices. The publisher sees services, like creating native advertising, as a way to gain more business, even if it requires hiring more people and accepting less profit. From there, it’s a quick leap to fully-staffed content studios and offshoot agencies, creating native content, ads and videos, liaising with talent, pushing strategy and research. In short, doing many of the things an ad agency does.

This may seem like a shortsighted move, growing top line revenue at the expense of long-term margins (and valuation multiples). The reality is more complicated. On the one hand, the massive oversupply may mean the product-driven revenue model is no longer high-margin. IAC and Demand Media, who saw EBITDA margins of 25%+ in recent years, now sit at 12% and -10%, respectively. This will vary publisher-by-publisher, but many will need whatever service-driven profits they can get.

At the same time, native advertising and publisher-based creative services can currently reap higher CPMs than a Super Bowl ad. It’s likely these prices will come back to earth (at least to cable-TV levels), as competition eats away the the unnatural margin.[4] In this case, the bubble in native content may have the somewhat insidious effect of convincing publishers to shift too far towards more service-based revenue without fully realizing the long-term implications of doing so. Their in-house agencies could become drags on future company performance.

On the other hand, programmatic ad rates are likely to only go up from here, whether via platforms like Facebook or open ad exchanges, and the traditional advertising service agencies look poised for disruption.

No matter what, ambitious publishers have little choice but to build on both their service-driven and product-driven revenue streams. Each must figure out their ideal position on spectrum, or which will be the icing and which will be the cake. A small, efficient publisher may see product-driven revenue from programmatic banners as the high-margin cake, with services only as icing on top. Those with exceptional brands may be so in-demand on the service side (and higher cost on the product side) that the equation flips for them. Others still might become essentially ad agencies, with the publishing division as a loss-leader. It will be interesting to see what Buzzfeed does. Early in their history, their ability to produce high-scale content cheaply made them an ideal candidate for a product-driven revenue strategy, but instead they opted for a service-driven model of native advertising only. Running into scaling issues with that, they now may be flipping back to a product-driven strategy, with monetization occurring on and by platforms like Facebook.

It would hardly be reasonable for new digital media companies to bemoan their inability to achieve the margins of the old-fashioned oligopolists they’re currently disrupting. It could be that certain types of new media publishers are going to be lower-margin companies no matter what they do. What’s important for all, though, is a clear understanding of why they are shifting towards service-driven revenue, and how that business is different. Within this framework, publishers today have choice, and the hope that the right combination of business models can create a greater whole.

[1] At least in this definition of services. Many tech product offerings are called “services” (e.g. “cloud services”) but they sure as heck look like products to me.

[2] All EBITDA Margins are TTM for 2015 (or as close as possible given their fiscals) pulled from ycharts.com. Even the consulting firm Accenture sits at 15-17%. Also, Viacom showed a 62% EBITDA margin — if someone has time to dig down I’d be very interested as to what’s up with that.

[3] The ad agency holding companies make their money from a combination of media commissions, hourly billings, and service fees.

[4] It’s possible I’m wrong about this IF the cost of effecting consumer behavior has paradigmatically shifted (like, order-of-magnitude increased) because of the decline of interruptive advertising due to digital liquidity. I plan on exploring this in another post, and right now I doubt it. 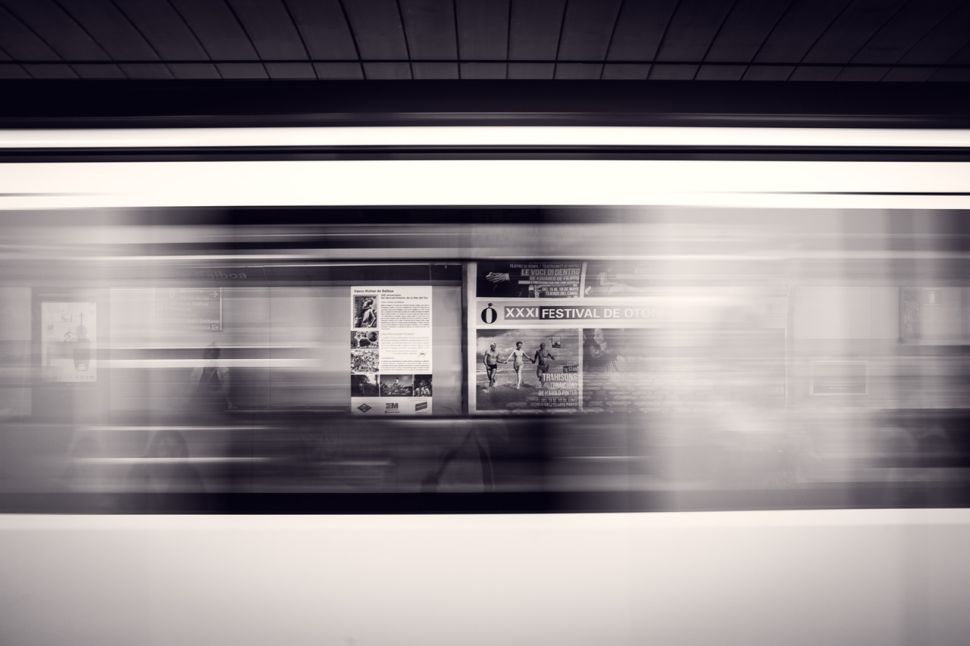