Sometimes you get a headache when you read articles that miss the point and abuse the reader’s intelligence level.

Well I have a headache. And it’s not from virtual reality.

It’s from the recent Medium post, “VR is a Dud” by John Biggs.

Let me explain. As an early Google and YouTube employee, I had the great fortune to help build the online video ecosystem. I’ve seen how these content ecosystems are built from point blank range. And now I’m deeply immersed in the virtual reality ecosystem as an investor, advisor, and entrepreneur.

We all know what it’s like to get discouraged when progress doesn’t move as fast as we’d like. But just because VR’s progress isn’t moving as fast as the hype machine would lead us to believe does not mean VR is a dud. What I saw when I was helping to build the online video ecosystem is that people can be quick to discount the value of nascent technology and how quickly it can grow once it gets some traction.

So while I understand John Bigg’s frustration with VR, here are ten big reasons to get Biggs back on the VR train. We need you, John!

There’s a giant misconception about the price of VR. I paid the full retail price of $99 for my VR headset. It’s only insular tech people who make the mistake of thinking this is just about Oculus and Vive.

These systems are the equivalent of buying those fancy showroom televisions you see at trade-shows like CES. They are definitely bleeding edge, and show what is possible. Yet most people never will buy those televisions. The average consumer buys “pretty good”. The smartest business and entrepreneurial minds know that Virtual Reality is a “bottom up” phenomenon. Virtual Reality starts with the most basic experience, and goes from there. That means we’re starting with mobile phone powered VR headsets, and we’re starting with 360 videos. The low end of the market is going to lead the way and win. And win big.

Trust me, the smartest Product Managers at Google and Facebook are quietly and methodically building incredible VR ecosystems under most people’s noses. They understand where virtual reality starts, and where this emerging ecosystem is going. They are not worried about how San Francisco Mission hipsters react to the Vive. They are busy learning how to productize “customized video” for users right now.

2. VR is already SELLING (You heard me right again).

Um, sorry to burst your bubble, but 10 million VR headsets in China have already been sold.

How can VR be a dud when it’s already one of the most popular new consumer tech products around the world today?

I know that for some people if these headsets are not sold in Palo Alto or the SF Mission it means it didn’t happen. But have you seen some of the K-Pop 360 content coming from Asia? It’s awesome.

Again, the way to watch VR develop is by following what is happening with mobile VR headsets. If you never put on the headset and look around, you’re going to miss how VR is changing on a daily basis. I’m finding fascinating user-generated content already. It might not look like what we’re expecting, but then again, YouTube videos back in 2006 were primitive compared to what they are now.

For example, I personally had to convince the Hillary Clinton team to put her campaign videos on YouTube in late 2006. They said no way—YouTube is all about farting dogs on skateboards! A few months later they called me back and said they were all-in on YouTube and would be generating original content specifically for YouTube. That’s how quickly everything changes these days. You just have to look for it.

This is not about twenty or thirty-something tech hipsters. When I first started getting into the VR space, we brought in a bunch of 14 year olds into a startup office and had them play with VR. Within a few seconds with the headsets on, the kids were literally shrieking, screaming with excitement. We literally heard “OMG” 14 times, and 5 times the kids asked “Can we bring this home? And can my friends be here with me?”

And you want to know why I’m personally all-in on VR?

By the way, parents never dictate what the kids will like and flock to play. Sorry. Part of a kid’s job is to find new ways to play and communicate, especially ways that irritate the grown-ups. Helicopter parents in San Francisco might be able to ban VR from their kids, but give it a year or so, and those same parents will be “Justin Bieber-ing” their kids in virtual reality for audience before you know it.

4. Have you seen your parents CRY recently?

And it’s not just kids. Virtual Reality is a storytelling medium and platform. Take a look at the video below and tell me you don’t see a use-case.

Virtual Reality is built for a more intense level of communication than any other form of communication we have today. It’s tech products like bitcoin and drones that don’t make people cry.

5. Have you FELT something new and uncomfortable yet?

Speaking of tears, VR can make you feel brand new stuff. When I first tried VR, I tried a humorous VR app experience for women where you wake up in the morning next to the “perfect boyfriend” in bed. I personally have never woken up in bed with my face 5 inches away from a handsome man’s face before.

And when I did, this momentary feeling of unease came over me. It made me slightly uncomfortable, and I thought, “So this is what it’s like….Oh, so that’s what’s possible with VR….we can share experiences in a new way that will make people understand.” I was totally blown away.

6. Have you met YOURSELF in VR yet?

The thing that drives me crazy is that everybody is a critic, but nobody actually does the work. Part of really understanding virtual reality is getting dirty and participating in it. I love experimenting in what’s possible. A while back, I ordered a Theta S 360 video camera on Amazon, and started shooting 360 video all over the place.

One of the first amazing experiences from those experiments was viewing myself through a mobile headset. It’s downright eerie. I felt like I was meeting myself for the first time.

7. VRSE videos are the new NOW.

Did you notice how my last three points have all been about content, yet we still haven’t even mentioned Hollywood or professional content yet? This is the surest sign that virtual reality as a platform is in the early days of success.

At YouTube, we looked at digital content in three buckets. You have user-generated (UGC), professional (individuals and small companies who make money), and of course, premium content (the Disneys of the world). In ideal situations, all three types of content work together in harmony for the platform as it scales to YouTube size.

The Virtual Reality content ecosystem is showing strong leadership in all three categories. From the professional category, one of the most interesting content companies is VRSE, led by Chris Milk. Chris has quickly built the HBO of Virtual Reality in a short amount of time. Each piece of content is high quality, exciting, and intensely personal. The irony of virtual reality is that what makes us human is the key to creating incredible virtual reality.

8. Basketball in VR is ALREADY BETTER than TV

Sports in VR is one category where we’re seeing massive progress extremely quickly. The smart teams at companies like NextVR and Voke VR have built some really compelling VR sports products in nearly no time.

I watched the NCAA title game on a mobile VR headset. I saw the game-winning shot in virtual reality. I had a front row seat, and it felt 100x more real, more visceral, more dramatic.

Premium content is ALREADY in virtual reality. It’s just not of the kind that some tech geeks prefer.

Watch this video of Moses Sumney singing. The guy makes incredible use of the 360 video format, as Moses appears and creates music from all directions. And the craziest part of this video is that it’s a Honda advertisement. I know, I was blown away too. Right now, this minute, companies are innovating and commercializing virtual reality. And oh yeah, this video already has over a million views.

More importantly, music is driving so many cool experiences in virtual reality. From insane rides with music visualization to wacky experiences that push boundaries, music can now be felt, and not just seen and heard online.

Right now, every new real life experience that comes to virtual reality generates serious buzz: “You mean I can see the MOMA in virtual reality?” or “No way, I can see Coachella in VR?” That feeling of exploring and seeing everything we think we know, but then experiencing it in a whole new way is exactly why VR is not a dud.

Before any of you tell me that VR is a dud, I ask that you try out the Streetview app on the Gear VR headset. The app takes Google streetview and turns it into a virtual world you can explore at any time. Feel like walking down the street in Paris? Easy. Feel like “teleporting” to a random place on earth? Done. Want to see your childhood home?  No problem.

And it’s magic because while it’s neat to walk down a street in Paris, what really seems to grab people are more personal moments. I got to show my wife the old house I grew up in Tucson.  She showed me where she used to play in the park in Toronto. Thank you, VR.

Look, it is fair to say that VR has some flaws. It’s clunky right now. I understand where John is coming from in his piece. But clunky and “dud” are different things. Want to participate in this VR future? The future is higher quality mobile headsets. Try owning the Gear VR set for a month. Buy an Android VR headset when they arrive in the fall. Or just wait for the Apple headset in 2017. VR may be lots of things, but it’s certainly not a dud.

Ben is an active investor in VR and digital media, and is based in Los Angeles. Ben was an early Google and YouTube exec, and has founded and led multiple venture-backed video startups. Get more of his insights and interviews here. 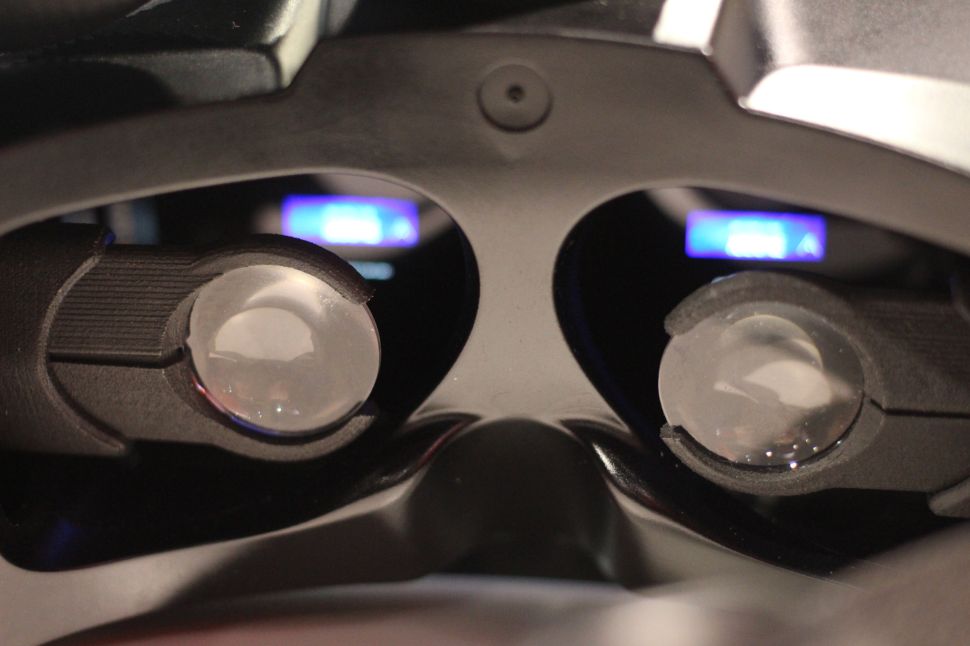