In twenty years nuclear power will be rapidly expanding around the world. Already in 2016 many top environmentalists are embracing nuclear as a necessary part of slowing and stopping global warming; these include James Hanson and Stewart Brand. (See, for example, Scientific American, and the remarkable movie Pandora’s Promise.)

Nuclear is widely misinterpreted as expensive: the cost is in construction, and in the US those construction costs are artificially inflated by regulatory delays; the cost of a nuclear power plant in South Korea is ⅓ that in the US. Nuclear will be seen in the developing world as the clean yet still inexpensive alternative to coal.

We are not running out of nuclear fuel. It is well known in the industry that per kilowatt hour the cost of the uranium is currently about 0.1¢. If this cost doubles to 0.2¢, then the amount of economically extractable uranium around the world increases by 5x, and yet the contribution of that cost to the electric power is negligible. There is no shortage of uranium, and there will be no shortage for the foreseeable future. (See, for example, Scientific American Jan 1980 pp 66-78)

The use of 4th generation nuclear power plants (see Generation IV reactor) will make the technology attractive around the world. Some versions of these plants require essentially no maintenance; they can be structured as “nuclear batteries” without operators; when you need electricity you draw it; when you don’t the reactor naturally shuts down. Spent fuel (nuclear waste) can be extracted only at the factory; the small modular nuclear reactor is dug up and shipped to the factory, typically every 30 to 50 years, for fuel replacement.  (Yes, these designs already exist in 2016, although they have not yet been commercially built!)

These reactors are based on a physics principle that prevents meltdown. No mechanical safety mechanisms are needed. If the reactor overheats, the reflectivity of the moderators drops, and that turns off the chain reaction. If you draw power, the temperature cools back into the operating range, and the chain reaction turns back on. (This is not a prediction of the future; this is how the 4th generation plants are currently designed!)

In 20 years countries in Africa that are using 4th generation nuclear power plants will brag to other countries that they actually have reliable power, available around the clock; that their children can light their LED lamps at night and do their homework, unlike the children in non-nuclear communities.

Public opposition to nuclear power will fade as a new and effective method of nuclear waste isolation is developed (and these are under development in 2016). The events of Chernobyl are fading in memory, and attributed to stupid design by the Russians; the consensus will be that the 15,000 deaths from the tsunami at Fukushima were the tragedy, not the fewer than 100 cancer deaths caused by the radioactivity leak. (You can read more about this in my book, Energy for Future Presidents.)  Nuclear power will generally become accepted as cheaper, more reliable, able to deliver power around the clock, and just as clean as renewables.

I don’t expect thorium reactors to play a big role, except perhaps in India where they are under active development. They are not the bulwark against terrorism that some people think; the first process in a thorium reactor is to convert the thorium to U-233, which could be used in a bomb. Thorium is more abundant than uranium, but uranium is plenty abundant and will stay cheap. Thorium reactors have fewer long-lived transuranic elements, but waste isolation technology is developing rapidly, and in a few years I don’t expect that the waste issue will be an impediment to uranium plants.

Nuclear power will make electric automobiles clean. Currently, if you operate an electric auto in China you produce more CO2 than you would from a gasoline engine; that’s because you are running your car on coal. In the nuclear future, electric autos will indeed become clean alternatives.

It is plausible that the United States will lag in this development. Regulatory impediments and lingering public opposition will drive the technology, originally developed in the US, to other countries. Twenty years from now when you are in a remote region of Africa, and you recall how unreliable electricity used to be, the residents will take you to their local modular nuclear power plant, which they refer to as a nuclear battery. It is mostly underground, with the main components expected to remain there untouched for another 30-50 years, but the electricity connections stick out into a small building, out of which cables extend carrying power. Children carry ordinary (chemical) batteries to the plant to be recharged (for free) so they can illuminate their books at night. The power plant was installed 5 years earlier, and you dust off a label. It says, in English, “Made in China.”

What industry has the greatest need for a redesign?
What are some innovations that should be more popular than they are?
How do you boost your intelligence and become insanely creative, innovative and a logical thinker?

Richard Muller is the co-founder of Berkeley Earth (climate change and air pollution research) and has previously done work in experimental and theoretical physics, particularly cosmology (3K anisotropy, dark energy), particle physics, and geophysics (impacts, geomagnetic reversals). He created the course “Physics for Future Presidents” at Berkeley. He’s the author of Physics for Future Presidents, The Instant Physicist and six other books, including Now—the Physics of Time (to be published 2016 by Norton). He’s also a contributor at Quora. You can follow Quora on Twitter, Facebook, and Google+. 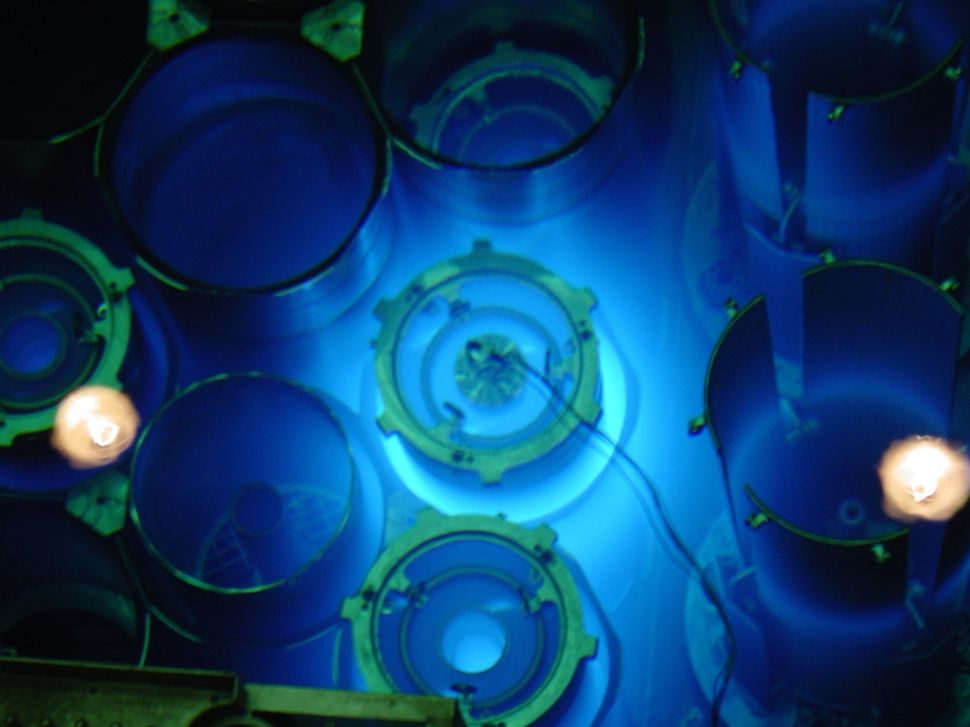