When Andrew Hamilton took the reigns of New York University in January, an unorthodox welcoming committee awaited. A couple of red-tailed hawks roost on the window ledge right outside Mr. Hamilton’s 12th-floor office, which features modern art, a teak 1960’s coffee table and a birds-eye view of Washington Square Park. “They bring up half-eaten pigeons and rats,” said Mr. Hamilton with a chuckle. According to washingtonsquareparkblog.com, the squawking hawks are known as Bobby and Violet. But the no-nonsense Mr. Hamilton, a reserved organic chemist from Southern England who NYU imported from Oxford, declined to bestow names on the birds, lest he “anthropomorphize” his avian office-mates.

You are from Surrey, which some call the “Stockbroker Belt” because of its affluence. You last worked at Oxford and live in a 4,ooo square foot rent-free apartment. How do you connect with the 18-year-old student who may be struggling to survive and facing a huge amount of debt? I hope I connect in many ways. I’ve taught at a variety of institutions in my academic career, I spent nearly a decade at the University of Pittsburgh, which is a large urban campus. One of the things that, one of the most rewarding of the teaching that I’ve done in my career, I’ve done a lot of teaching, I taught organic chemistry which is a tough class, often for pre-meds, often for people interested in going to dentistry school or medical school. I taught an evening class in Pittsburgh which had a socioeconomically diverse group of students who took that class. I taught people who had been working all day as dental assistants who wanted go to dental school or nurses who wanted to go to medical school.

I would also encourage the federal government to explore federally underwritten income-contingent loans—loans that are repaid as a proportion of one’s income over a certain minimum level.

When I graduated NYU in 1989, annual tuition cost roughly $10,000, now it’s almost five times that. You’ve already announced that tuition increases would be kept to 2 percent next year. Give a letter grade to your predecessors on their attempts to control costs. I will not comment on the past. I will only say what I have encountered since I arrived here, and quite frankly, it has been the single most frequent issue that has been raised with me by students and by faculty and by staff. I’m very proud of my predecessors. In the last 10 years, they have put an incredible focus on financial aid, targeted resources to those coming from the most disadvantaged backgrounds. So if you look at NYU’s financial aid budget, 10 years ago it was 90 million dollars, today it’s more than 300 million dollars. That’s resources targeted to those who need it most.

If you were suddenly sitting in the White House. Well, that’s impossible…Like Ted Cruz, I was born in another country. However, having just seen Hamilton, there’s a song about Alexander Hamilton not becoming president. Well, this Hamilton became president, but president of NYU.

Say your office was oval, what steps would you take to make higher education more affordable? Increasing federal funding for those who need it most. I would also encourage the federal government to explore federally underwritten income-contingent loans—loans that are repaid as a proportion of one’s income over a certain minimum level. In Australia and the U.K., the provision of income-contingent loans has actually lead to a very strong positive impact on the number of students going to college.

Give parents one surprising piece of advice to help their children win acceptance at NYU. Don’t be obsessed with SAT scores. Don’t be obsessed with classroom grades. Success of a student once they get to NYU does not come directly connected to SAT scores; it comes through the student’s commitment to an area, whether it be a scholarly area like chemistry or engineering, or a passion for social justice. Pushing your students to read outside and to explore the world outside their classes is what I would encourage all parents to do.

Who pushed you? Certainly, my parents. I’m a child of teachers. The people who pushed me in the world of science were my mentors and I learned very early on just how powerful that was from my supervisor—a man called Sir Alan Battersby, now in his 90s. He pushed me to enter really difficult and challenging places in terms of my self-confidence, that I could solve a scientific problem or I could tackle a particular research issue. But by pushing me, he forced me to push myself outside my comfort zone, and in doing so I realized that I could actually do science at a high level. I then developed the intellectual self-confidence that comes with that.

The interview has been edited and condensed. 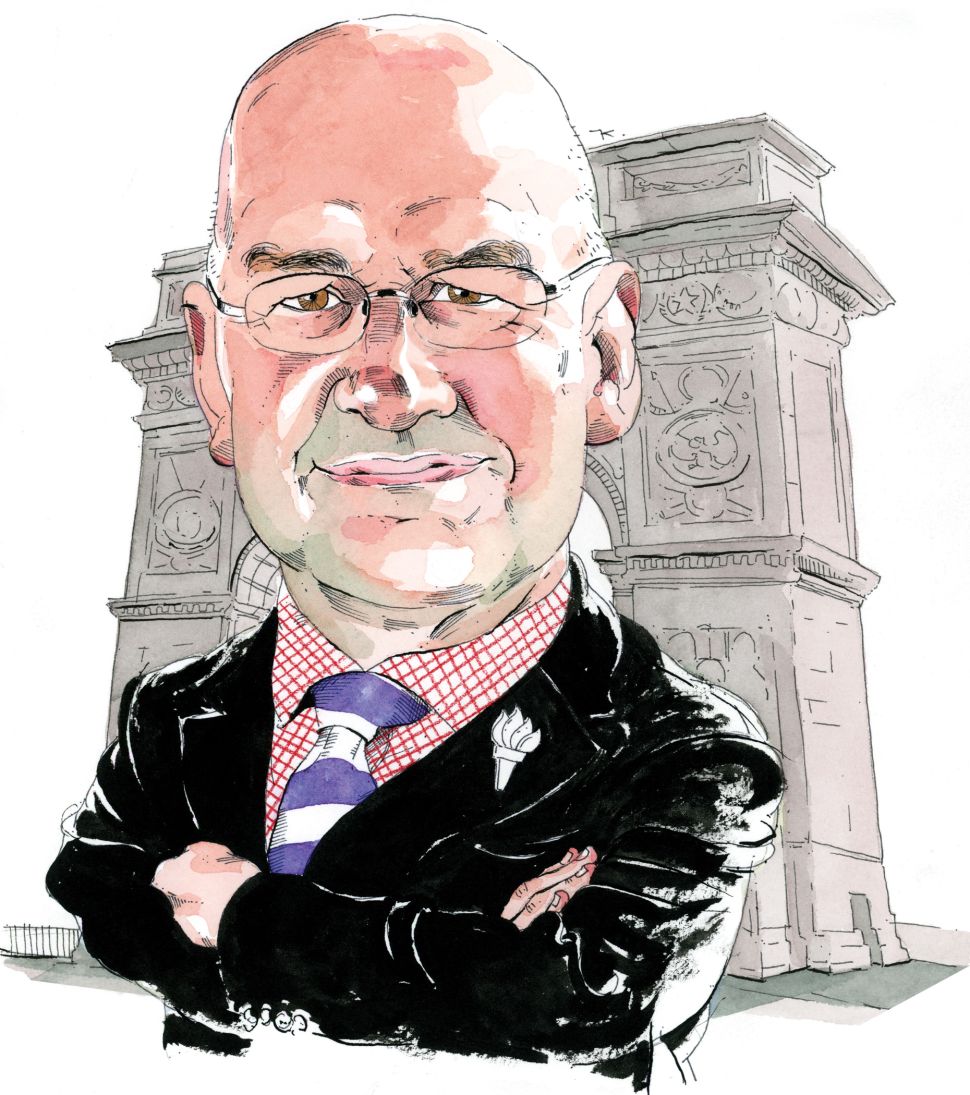