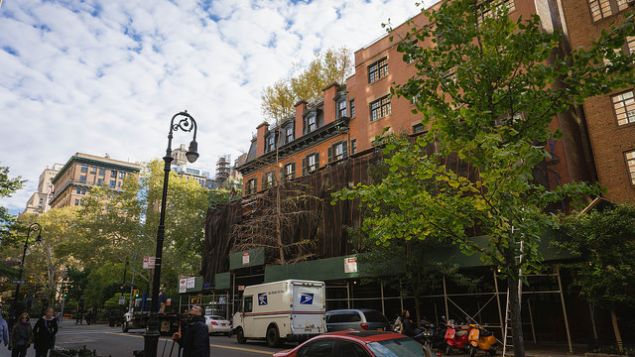 Yesterday Mayor de Blasio reached a deal with the City Council’s land use committee to approve the East New York rezoning, the first of the administration’s rezonings, Politico New York reports. It is expected to pass the full council next week. David Greenfield, the land use chairman gushed that it was “Quite literally the best community affordable housing plan ever in the history of New York,” though the two local council members were split: “Rafael Espinal, whose district includes the bulk of the rezoned neighborhood, negotiated the final deal, while acknowledging it is not “a perfect plan.” Inez Barron, who oversees a sliver of it, voted against the rezoning because she believes it will result in her poorest constituents getting priced out.”

Living small and loving it: The New York Times profiles people who have opted to live small in New York, not necessarily for financial constraints—for they could have afforded far larger in perfectly nice neighborhoods—but because they had a yen for a particular street or neighborhood. The prize goes to the couple who share a 350-square foot apartment in the West Village, especially as they at one point owned a Brooklyn townhouse.

The Rent Guidelines Board could vote for a rent freeze for the second year in a row, The Wall Street Journal reports. The stage for another freeze was set at a meeting yesterday, when the board “released a key price index suggesting the cost of operating rental buildings in the five boroughs fell in the last 12 months, for only the second time since 1969.”

Jon Holman, a former Wall Street attorney, is selling off an eight-building Brooklyn portfolio that he started building in the 1980s, according to Crain’s. A buyer could renovate some of the apartments and substantially boost rents or convert some of the buildings to single-family town house, they note. Mr. Holman told Crain’s that he’s not getting out of the real estate game, but wants to use the proceeds to buy a single property that he can manage more easily.

Do not turn off your cell phones: texting is a scourge of movie theaters nation-wide, but rather than crack down on the practice, AMC’s CEO wants to lure millennials back to the movies by inviting them to go right ahead, according to Gothamist. “When you tell a 22-year-old to turn off the phone, don’t ruin the movie, they hear please cut off your left arm above the elbow,” he told Variety. “You can’t tell a 22-year-old to turn off their cellphone. That’s not how they live their life.”

What’s the appeal of a Bing & Bing apartment? Brick Underground asks. Essentially, Candela for the masses. Only what were once gracious apartments for the middle class are now themselves quite pricey.

Most advertisements and billboards on the sides of buildings today are printed vinyl signs, but Crain’s speaks with one crew of “wall dogs” that handpaints all their signs—even aerosol cans are out.

Dempsey’s in the East Village is closing this weekend, according to Gothamist.  The owner cites costs and the fact that no one really seems to want an Irish pub anymore.

End of an era: Walter Rosen, the longtime steward of famous cheesecake chain Junior’s, who turned the business over to his sons some years ago but remained hands-on with the restaurant, has died at 81, The New York Times reports. 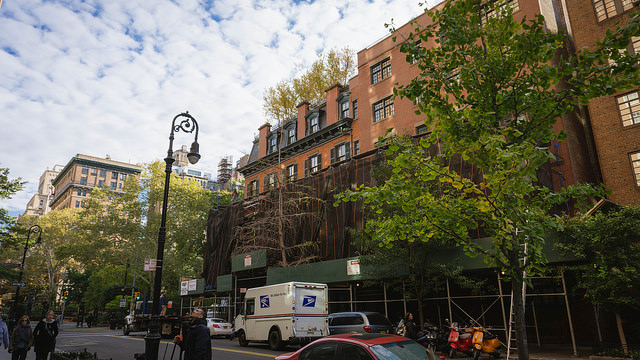